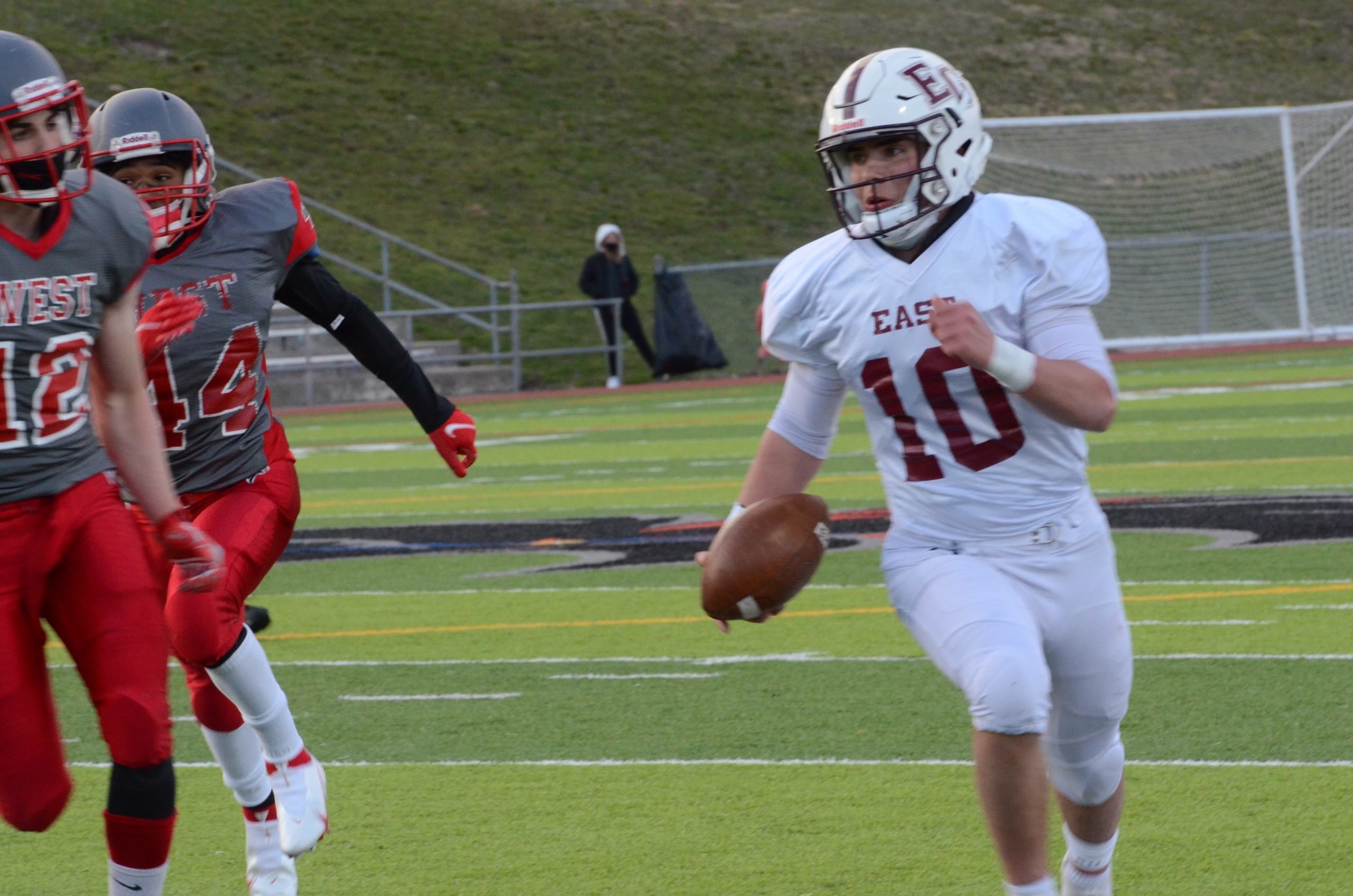 In their second game in Division 1 – a division at least some of them weren’t even sure they wanted to play in – the Avengers have dominated their opponent, this time Cranston West. At least they allowed the Falcons to get on the scoreboard, unlike the March 26 game against Cranston East, where EG won 37-0.

Everything is coming together nicely for the Avengers, with new-ish quarterback Parke Hardesky finding all kinds of receivers as well as lots of defensive help. The away game Friday had five different players scoring for EG: Tim Votta, Jack McMullen, Aydin Kocak, Jonah Hill and Andrew Plympton (on an interception). McMullen kicked in extra points for each touchdown.

With regard to Hardesky, McMullen noted that four of the team’s last quarterbacks played for two years; Hardesky, a junior, stepped into the role this year.

“I knew how much work he put in last year,” McMullen said about Hardesky, who played backup to All Stater Conrad Swanson last season. “He works super hard, he leads and it’s pretty fun catching from him,” said McMullen.

McMullen credited the team’s success thus far with its strong team attitude. “We really are just a team. We break down our huddles during practice: ‘1-2-3 Team.’ The whole team wants it for each other.”

It’s been especially sweet – even though the season is a mere five games (plus a possible championship) – because it was so unlikely, given the COVID-19 situation.

“I thought there’s no way they’re going to let us play football,” McMullen said. “I don’t take anything for granted and I don’t think anyone is.”

That said, the team plays Central this Friday at home. According to McMullen, “They are going to be the toughest team we play. We’ve got to work very hard and take it like a championship game.”