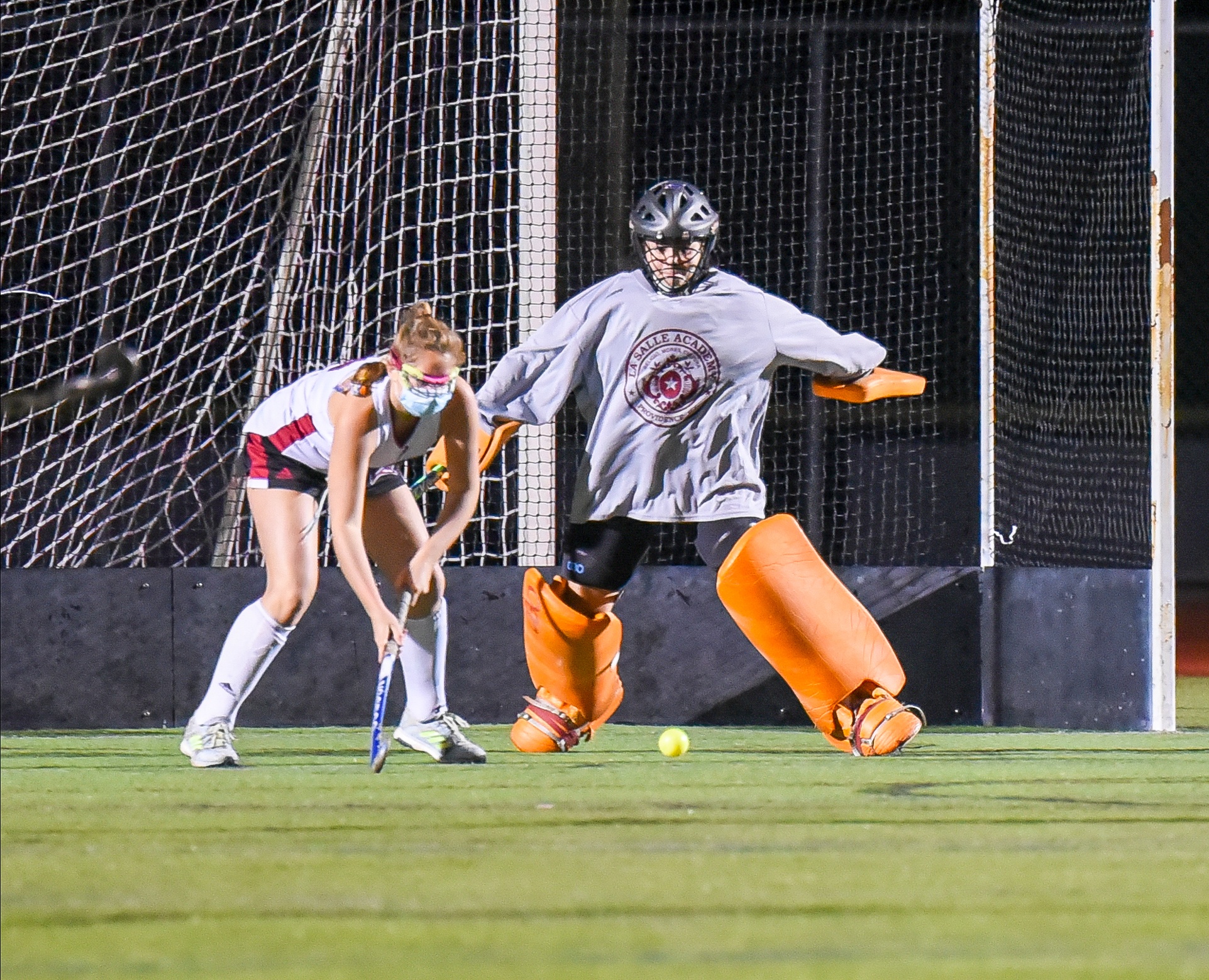 Above: Jillian Prior scored two of EG’s four goals Wednesday. Photos by Chuck Nadeau. Find all his photos at chuckn.com.

The East Greenwich Field Hockey team beat rival La Salle Wednesday, 4-2, at home. In this abbreviated COVID-19 season, this was only EG’s second game (and second win), and both were non league.

“Glad to come away with a win,” said Coach Deb McMullen. “La Salle was very quick and aggressive.”

Jillian Prior scored two of EG’s four goals, with the other two scored by Alex Mega and Lola Balkcom, with assists by Logan Shunney, Bella Ataley and Alex Mega.

“When we moved the ball as a team we made great plays and scored good goals,” McMullen said. “Both our goalies played well – Emma Berthiaume and Hope Gee” (with six and five saves respectively). McMullen also noted Sofia Bianco on defense.

Bella Atalay with the ball.