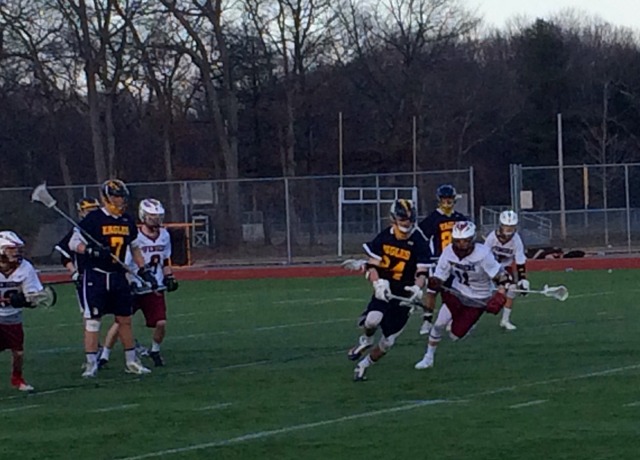 After winning the Division 2 state championship four years in a row, the EGHS Boys LAX team is now playing in D1. The transition got off to a tough start during Thursday night’s season opener against Barrington. At the half, the Eagles were up 7-0 over the home team Avengers.

The Eagles went on to win 8-3, but EG settled down in the second half, scoring 3 goals to Barrington’s 1.

For the Eagles, Jake Slye and Mike Curry scored 2 goals apiece. The other goals were scored by Andrew Blau, Mac Curry, Nick Graham and Jake Bonney.

EG’s next game is Tuesday at Bishop Henrikson at 6 p.m.