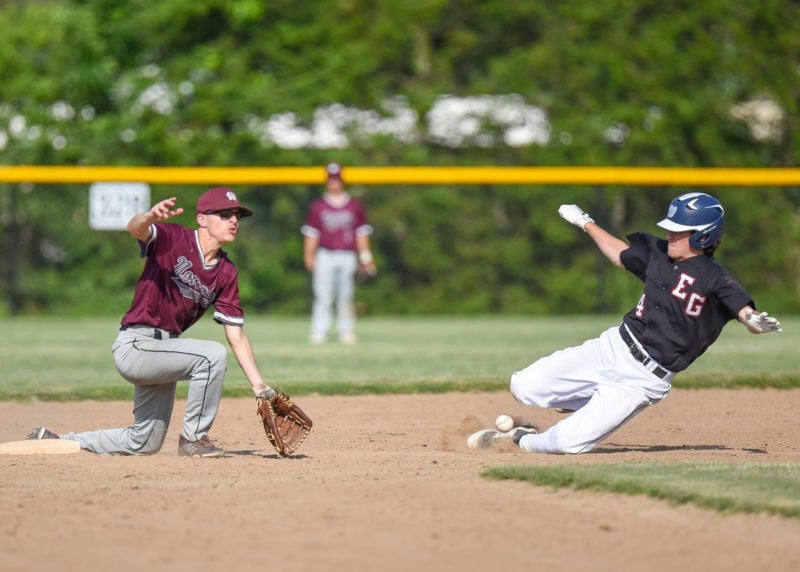 Above: Evan Macaulay slides into second even with the ball but is safe. Photos by Chuck Nadeau (find more photos at chuckn.com).

East Greenwich had an easy win over Woonsocket Wednesday, June 9, with a final score of 8-0. They lost a close one against Narragansett on Thursday, 8-7, then won against Tiverton, 7-6, in their final regular season game. The Avengers play a preliminary game at home Monday (6/14) – opponent was not available at press time. 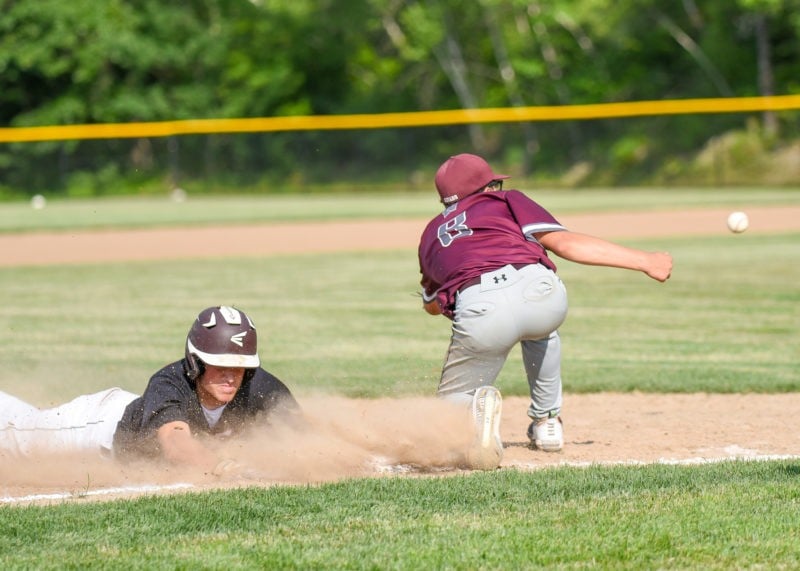 Evan Macaulay does a head-first into third. 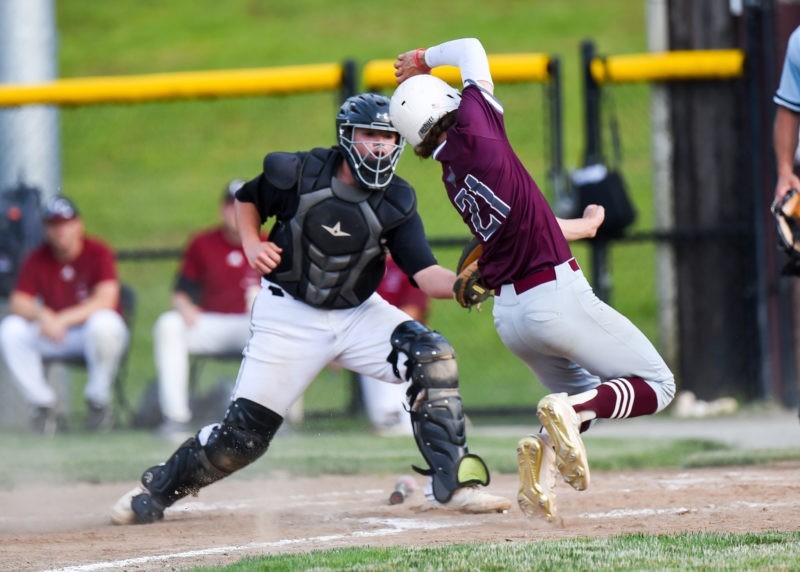 Woonsocket’s Nick Strojny is tagged out by EG’s Michael Ucci at home. 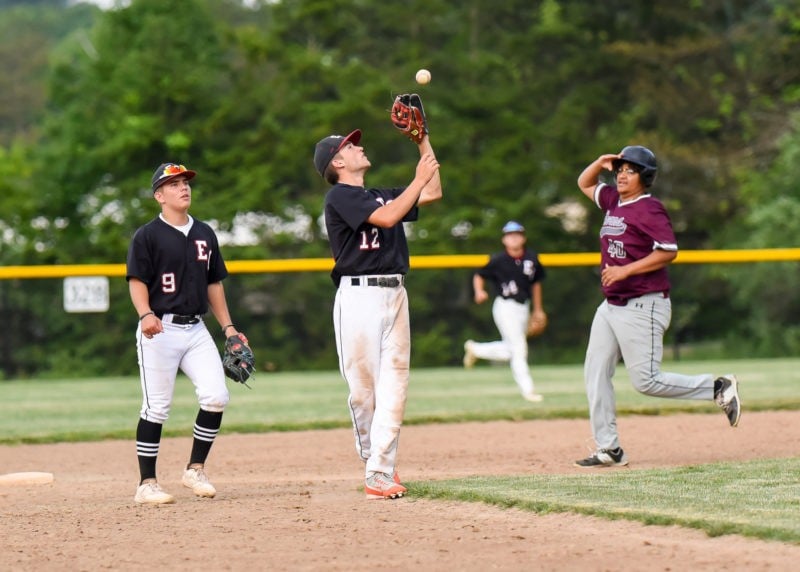 An infield fly catch for the last out. 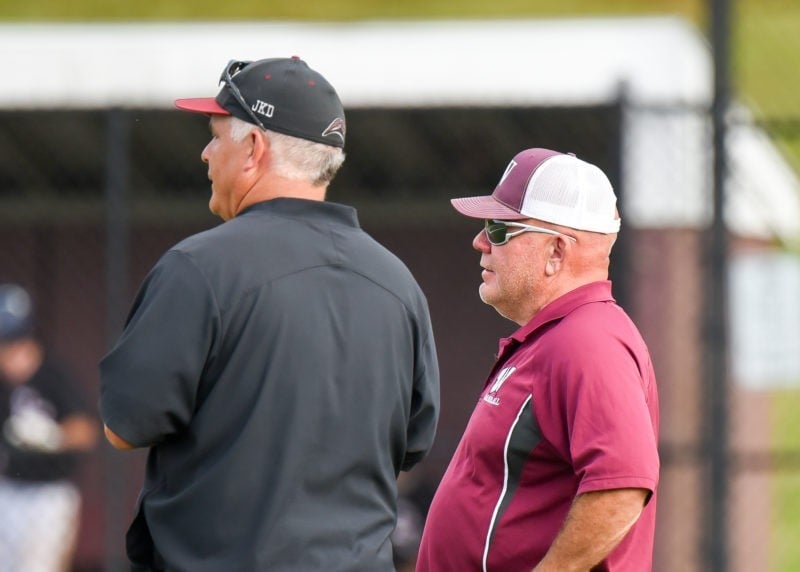 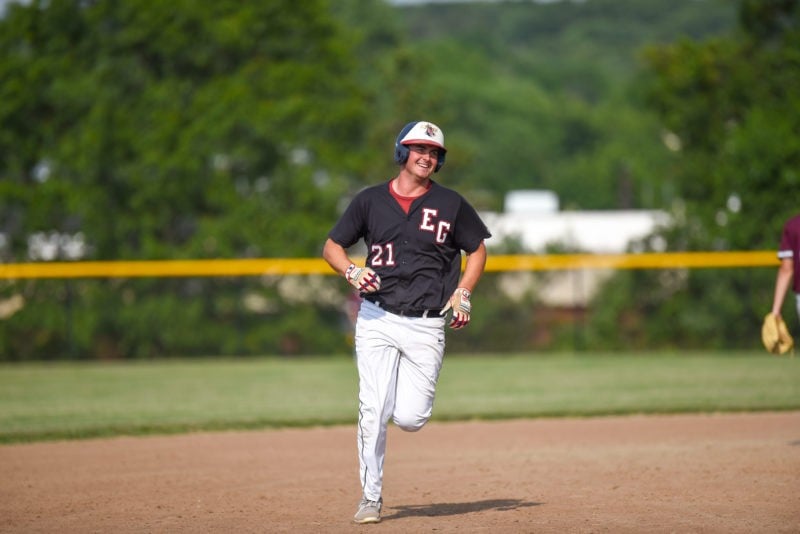 Dan Prior has a big smile after hitting a solo home run.