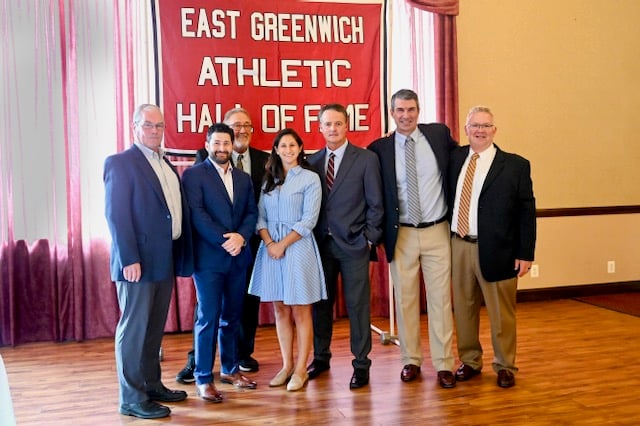 Also honored day was Jeff Santos, who received the Bruce Mastracchio Special Recognition Award; Richard House, who was given the Golden Avenger Award; and the 1977 Hockey team and 1977 Basketball team, both of whom won state titles.

The winners of this year’s Tar Ucci Athletic Scholarships were Lola Balkcom and Parke Hardesky. Ucci was an EG athletic legend of the 1920s and ’30s.

Congratulations to all the honorees! 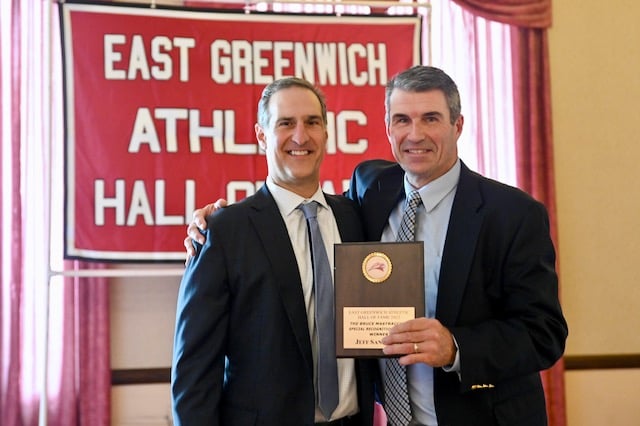 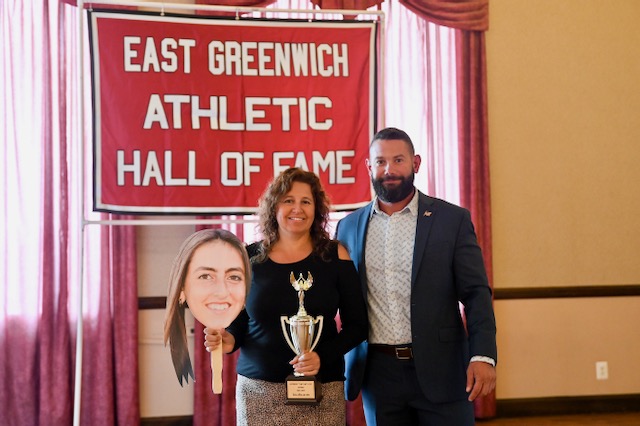 Stephanie Balkcom Gloria hold’s a picture of her neice, Lola Balkcom, accepting the Ucci Award on behalf of Lola (away at college) from with Anthony Ucci. It was fitting since Gloria had herself received the same award 33 years ago. Photo by CN 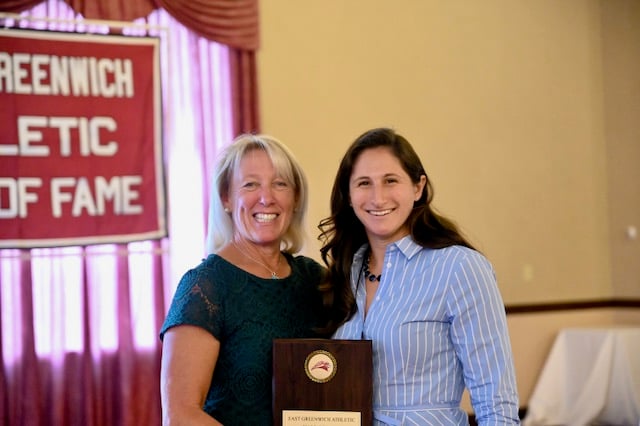 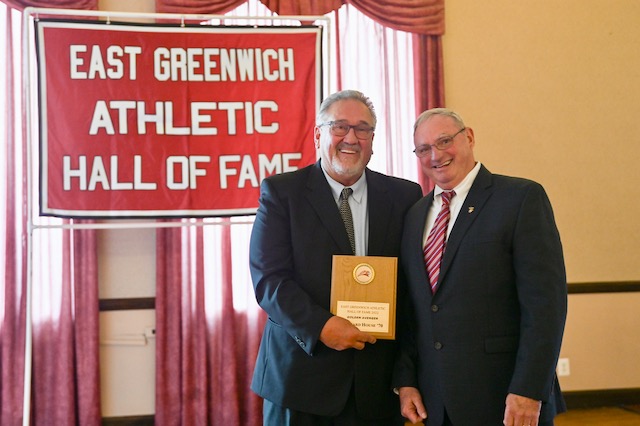