EG Athletes Who Have Gone on to College Sports, Dec. 2017 Edition 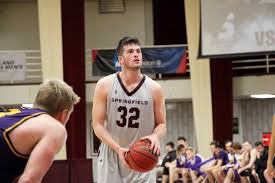 Editor’s Note: If you know someone who is competing for a college team who is either an EGHS graduate or an EG resident and would like them to be included in future columns, please contact Chris Cobain, Athletic Director at EGHS (398-1562 or [email protected]) or email  Bruce Mastracchio at [email protected].

Sam Atkins – Sophomore at Rhode Island College. Plays second base for the baseball team. As a freshman he played in 12 games. Started in five. He had a .923 fielding percentage.

Jackson Cronin – Freshman at George Washington University runs distance for cross country and track teams. In X-C, Cronin had a best of 19:16.71 in 6K at the William & Mary Invitational. Posted an 8K time of 26:19 at the George Mason Invitational. Ran a 32:20.80 10K at NCAA Mid-Atlantic Regional.

Kaley McMullen – A junior at Fairfield University, McMullen walked on to the field hockey team and has started to make her mark. Last year as a sophomore she played in all 21 games, starting 15. Had 3 goals and 4 assists and was named an MAAC ALL ACADEMIC.

Matt Sylvia – Freshman wide receiver at Salve Regina, appeared in 3 games this year for the Seahawks.

Eleanor Fulghum – Sophomore at College of the Holy Cross in Worcester, Mass., is a member of the Crusader tennis team.

Courtney McMullen – A freshman, also at COHC, is on the Crusader field hockey team.

Laura Cooper – Sophomore at Bowdoin, another EGHS graduate of the field hockey program, is up in Maine on the Polar Bears squad.

Brooke Fennel – Is at URI and a member of the tennis squad representing the URI Blue and White.

Aleksandra Drljaca – A member of tennis team at Connecticut College, she plays for the Lady Camel netters.

Peri Sheinen – A freshman at Brown, she is waiting for season to start so she can make her mark on the courts for the Lady Bears.

Margaret McCaffrey – Junior at Rhode Island College runs all three seasons for the Anchorwomen. She posted a best time this fall with a 20:13.63 run at The Little East Championships.

Isabella Gentil – A freshman at the University of Miami in Florida, Gentil is a member of the Green & Orange track team, where she will be competing in the sprints.

Brandon Eckles – A Springfield College senior, Eckles has had quite a nice run playing basketball for The Pride. As freshman he played in 26 games averaging 4.6 points and 3.4 rebounds with a best of 18 points and 9 rebounds in a win against Vassar. Sophomore year he started 19 of 25 games averaging 7.0 points and 3.8 rebounds a game, with a career best of 20 points versus Western New England. As a junior, Brandon started 15 of 27 games averaging 22 minutes per game. Again he averaged 7 points a contest and pulled down 4.9 boards. His senior season just started, and through two games he is averaging 10 points per outing and 5 rebounds. The 6’7”, 235 lb. Eckles is majoring in communications and sports journalism.