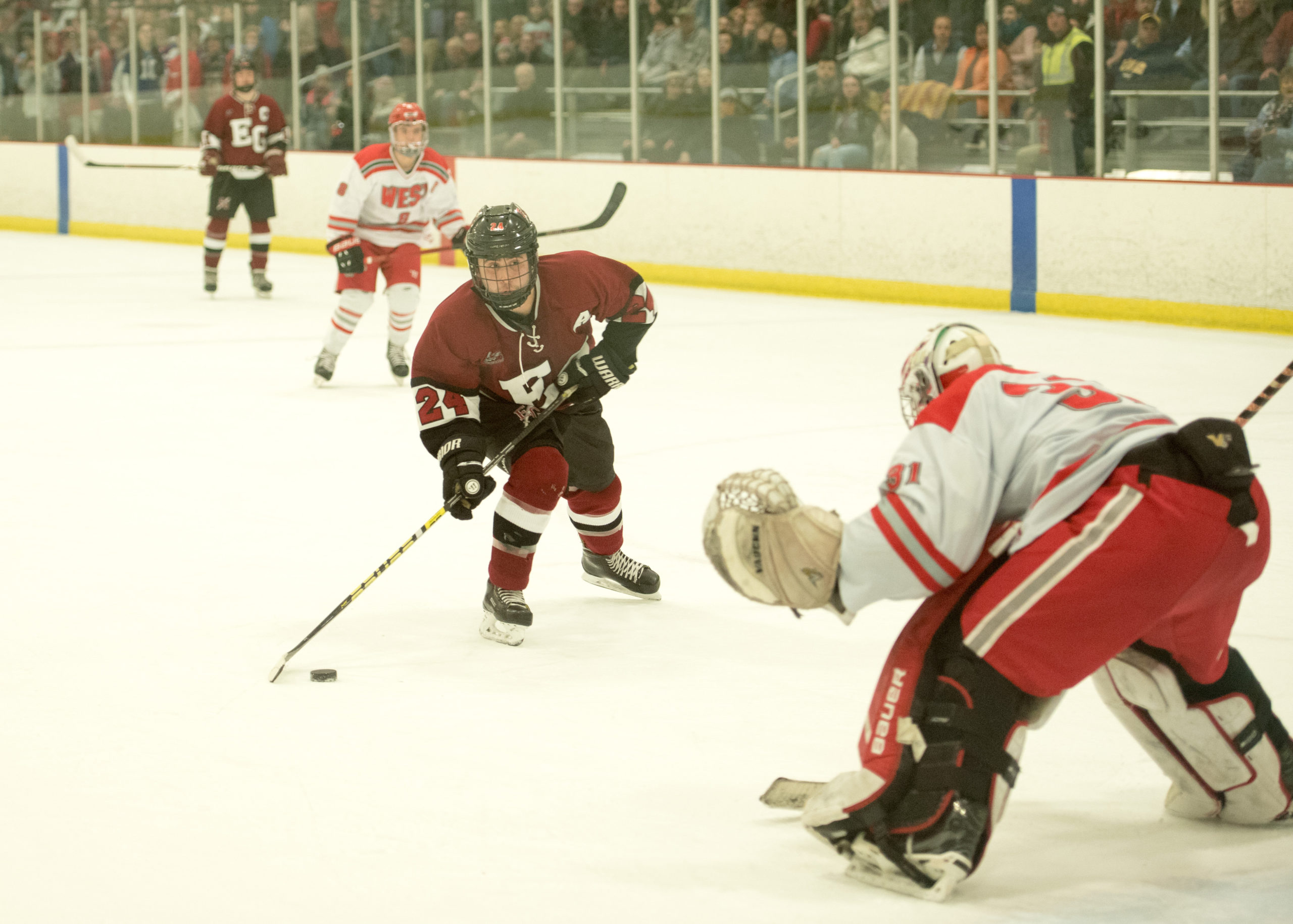 Above: Jake Barron break away.

It’s the Boys Hockey team’s first time in championship since 2007.

The EG Boys Hockey team is headed to the Division II state championship after vanquishing Cranston West 5-3 Saturday night in game two of the best of three series. They beat Cranston West 4-2 Friday night. This is the first time since 2007 that the Avengers have made it to the final (they won that year).

“It was a challenging game,” said Coach Don Dunwoody Sunday. “It wasn’t a clean game. We didn’t look good but we pulled out ahead. A clean game is the kids skate hard, pass well and play their positions. There’s a flow to the game. But last night, the puck was like a hot potato.”

He added, “Both teams were kind of nervous.”

Conrad Swanson, who scored 3 of Friday night’s 4 goals, scored the winning goal in the third period Saturday, then scored again with just a minute left to play.

Swanson’s game-winning goal came 1:23 into the third period (assisted by Gaffney and Barron). He scored again with less than a minute to play.

“It’s just exciting. It’s been a long time,” Dunwoody said. He remembered being at the final in 2007, his twins, 2 years old then, with their little hands pressed against the glass watching. Now those same toddlers are EGHS freshman and Cael plays on the team.

“I’m so happy for Conrad and Nick,” he said, referring to seniors Swanson and Nick Sanzi. They came into a program where graduation can hurt you for a couple of years. We had graduated 10 players the year before.”

EG will face either Lincoln or South Kingstown, who are tied 1-1 in their semi-final match. They play the deciding game three Tuesday night. The championship match could start this weekend.