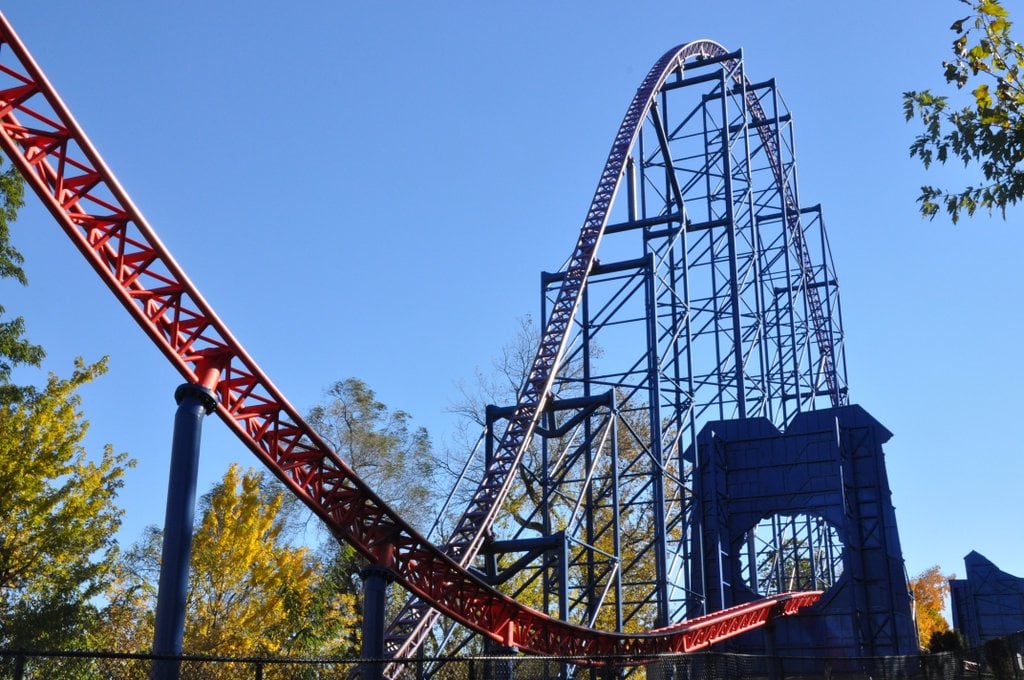 Above: EGHS physics students have gone to Six Flags in Massachusetts on a school day every spring, where they use the rides to calculate physics equations. The students pay a fee for the trip. The School Committee is trying to determine how to handle such trips going forward.

Education Commissioner Ken Wagner said EG would get an advisory opinion on the contentious issue of field trip funding before he leaves the Dept. of Education. Wagner’s last day is April 26.

Schools Lawyer Matt Oliverio told the School Committee March 5 he’d heard from RIDE that the opinion was completed but that Wagner had not yet signed it.

In an interview a few days later, Wagner said the opinion wasn’t ready to be signed.

“A draft is what the word means – it’s a draft. The opinion isn’t finished,” he said. “It’s a complicated issue. It’s just taking some time.”

Wagner noted this issue has been raised before, in different contexts. For instance, in 2009, RIDE issued an advisory opinion on the idea of charging a fee to participate in sports, saying it was “legally impermissible” to charge for athletics or other extracurricular activities found to be essential for the provisions of a quality education under the Basic Education Plan (BEP).

In 2016, a Superior Court judge ruled districts could not charge for summer school, based on the same reasoning.

However, the General Assembly allows school districts to allow fundraising for non-core extracurricular or educational programs that are not part of the BEP.

“You just want to make sure when you make a decision that has broad policy impacts that you’ve considered all of the different ramifications,” Wagner said. “In Rhode Island, you don’t pay to participate. That’s the general principal. That generally applies to something which is considered a core academic service. Each of the questions that have come up have really hinged on the idea, ‘Is this particular piece a core academic service?’”

It is not a question of whether or not a district can have field trips, he said.

“Under any scenario, you can run the program. They’re just asking us questions about how they would raise the funds for it. So, it’s not in question whether or not you can offer a service to students. It’s not a question of whether or not money has to be raised for that. The only question is how the money is raised for a particular kind of program,” Wagner said.

Meanwhile, the School Committee’s policy subcommittee has begun work on the field trip policy, recognizing there is a lot confusion among staff and parents about what is allowed.

“We are sort of in limbo as a district in terms of providing guidance on field trips,” said policy subcommittee chair (and School Committee member) Anne Musella at a policy subcommittee meeting March 8. “We have to resolve this before the end of the school year so we’re ready for the next year.”

The policy “limbo” was the result of a vote to not approve the 8th grade Washington D.C. trip – a staple of the district for decades – because of its high cost ($1,400 this year) and questions about equity, as well as the fact that only about half of the class opts to go on the trip.* While school officials have said students unable to pay for the trip have been offered financial assistance, School Committee member Matt Plain has argued that, by law, students shouldn’t have to ask for financial aid for something that’s part of the curriculum.

Is the Washington D.C. trip part of the curriculum? It takes place over school days and has long been billed that way, even if it is not written into the curriculum.

At the policy subcommittee meeting, Musella said given the current makeup of the School Committee and the existing policy, trips paid for by student fees needing School Committee approval would not get it. Which was why she said it was important to redo the policy.

“The practical piece is dealing with that funding mechanism,” Musella said. “We have to get facts of what trips we’re talking about. We have to classify them. That’s part of the guidance we need to provide.”

First, Musella said, “I think the work that has to be done now is fact gathering” – the types of school trips and the costs involved.

While the policy subcommittee has begun work on the field trip policy, perhaps it will have guidance soon from the state.

When asked if he might leave the opinion up to his successor, Wagner said no.

“We’re going to wrap this up,” said he. It’s just going to take a little time.’

* After the School Committee did not approve the trip, parents took over the planning. The trip will happen in May as usual, but not with school leadership.