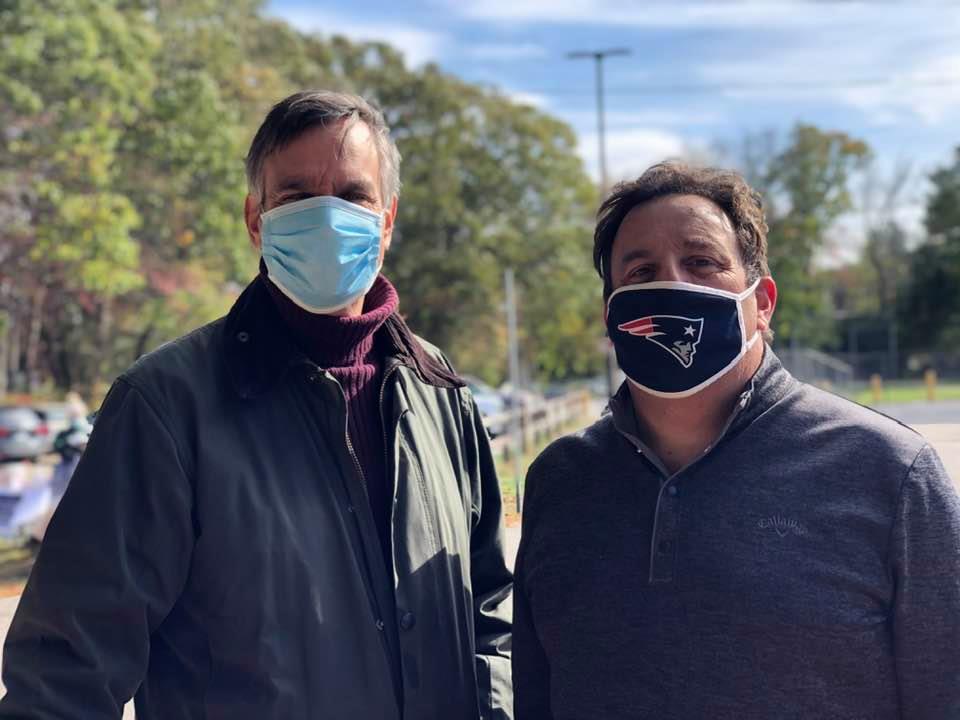 Above: Tim Munoz and Mike Zarrella on Tuesday. Munoz won a seat on the School Committee and Zarrella was re-elected to the Town Council.

Democrats Kevin Murphy, Will Hangan and Tim Munoz were elected to the School Committee Tuesday. This was a first run for elected office for all of them. (Republican Monica Mason’s name was on the ballot but she had withdrawn in October.) They will join Lori McEwen, Anne Musella, Alyson Powell, and Gene Quinn, also all Democrats, on the panel. Current members Carolyn Mark, Jeff Dronzek and Matt Plain chose not to run for re-election.

Englehart, Mark Schwager, and Mike Zarrella – ran unopposed. Schwager was the top vote getter, followed by Zarrella. This is the second election in a row in which only Democrats were elected to office in East Greenwich. It’s no longer singular but it remains noteworthy in a town that voted for John McCain over Barack Obama in 2008.

East Greenwich voters also approved the only question on the ballot this year: whether or not to change the name of the state to just “Rhode Island” from “Rhode Island and Providence Plantations.” That question was approved statewide as well.

Find all the election results on the state Board of Elections site HERE.