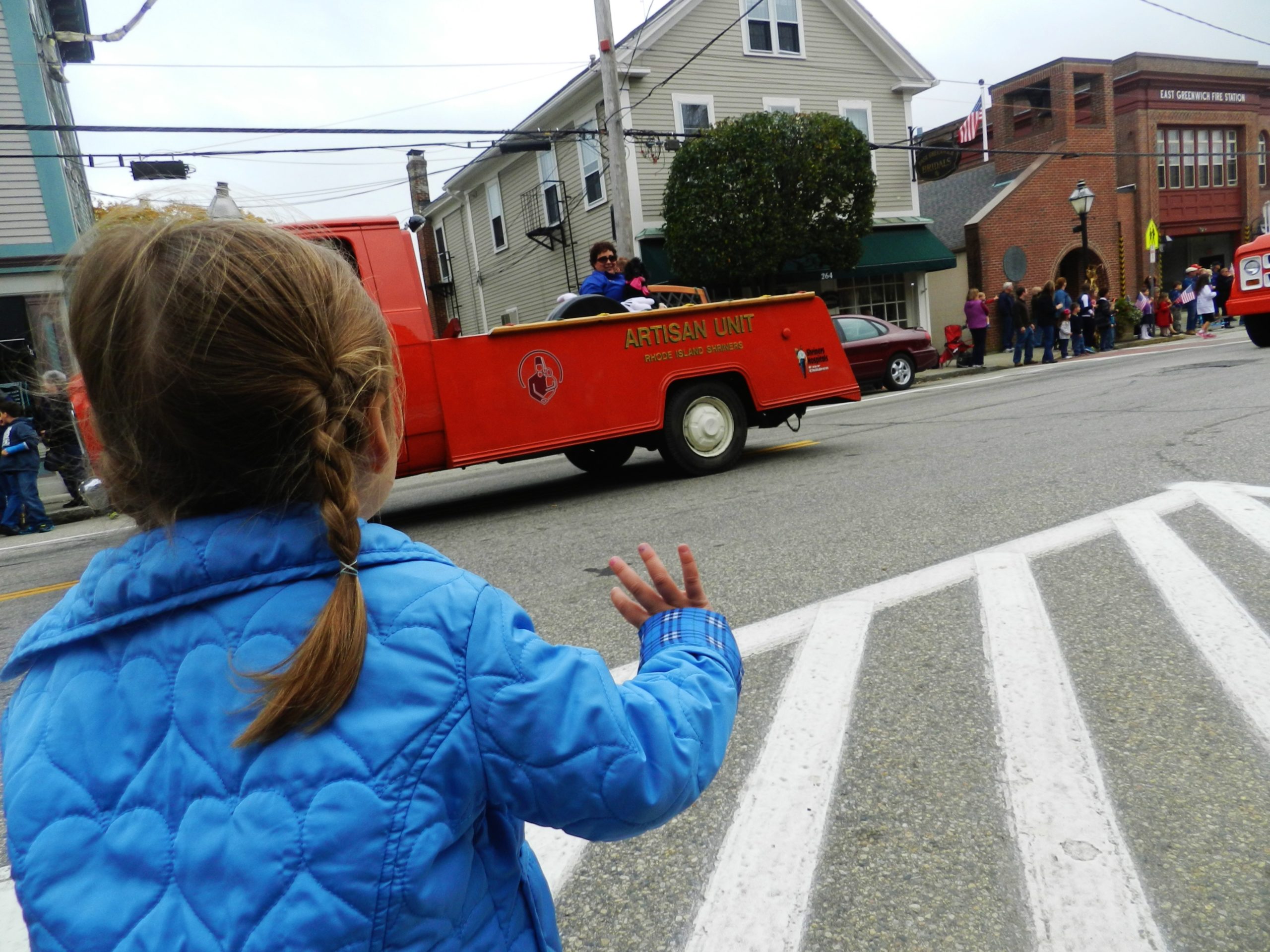 The sun came out just as Grand Marshal Bruce MacGunnigle rose to give his speech during the ceremony at the end of the 2014 East Greenwich Veterans Day Parade Tuesday, a nice touch for a man who has served the town in a variety of ways over the past 30 years.

MacGunnigle, noting that East Greenwich has long commemorated this day, said that might be because the town itself was founded by the veterans of King Phillip’s War in 1677. (You can find the full speech here: https://www.youtube.com/watch?v=DLRCEJqR50I)

The parade featured many “regulars” – the Kentish Guard and Fife and Drum Corps, the Varnum Continentals, and the Avenger Band, as well as local politicians and the veterans who everyone had gathered to honor – but the Shriners were also on hand, bringing smiles with their ridiculous big men in small cars.

Also during the ceremony in front of Town Hall, Town Council President Michael Isaacs gave the Kentish Guard a commendation on their 240th anniversary.

The parade route gets more spectators on Main Street.

Gianluca and Alessia Minopoli have a prime view of the parade.

Newly elected Town Councilors Bill Stone (far left, with his daughter), Sue Cienki, and Sean Todd (with his son on his shoulders).

Members of the Kentish Guard at ease.

Peter Masterson talks to one of the Shriners.