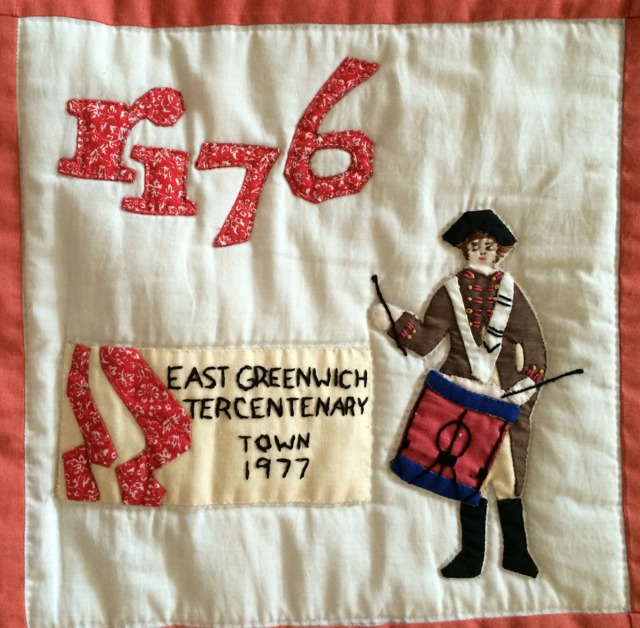 The local legends, historical events, and personal memoirs of East Greenwich are the focus in the latest edition of Our Town – an ongoing Rhode Island PBS documentary project filmed entirely by residents and their tight-knit community. “Our Town: East Greenwich” premieres Wednesday, March 2, at 8 p.m.

Last summer, neighbors and friends of East Greenwich became storytellers and filmmakers, capturing the stories they wanted to share in “Our Town: East Greenwich.” With the support of Rhode Island PBS, these stories have been woven together into a visual tapestry of nostalgia, humor, enterprise, and history – representing life in East Greenwich through the eyes of those who know and love it best.

“We are delighted to present the stories of East Greenwich on behalf of those who participated,” said David W. Piccerelli, president of Rhode Island PBS. “Beyond sharing these local stories for residents, our viewers across southeastern New England will discover the facts, histories, and people that make East Greenwich so unique.”

Among the stories that will appear in the film is one titled A Patriotic Orator. In this story, East Greenwich resident Laura Sullivan shares her grandfather’s experience as a Four Minute Man during World War I. The Four Minute Men gave speeches to inspire patriotism and support for the war.

Fighting for Freedom and Country: East Greenwich resident Barbara Toney reflects on her ancestor, Winsor Fry, a formerly enslaved man who fought in the American Revolutionary War. He was the first of six generations to live in East Greenwich.

300 Years and Counting: In this segment, East Greenwich residents Laura Sullivan, Alan Clarke, and Marie Hennedy recount their experiences during the two-week, townwide celebration of East Greenwich’s 300th birthday in 1977.

History Recorded in Fabric and Thread: Local quilter Gloria De Paola displays the special quilt created in 1977 to commemorate East Greenwich’s tercentenary. Each of the 40 squares depicts a place or scene from East Greenwich’s first 300 years.

A Legacy of Love and Learning: This story reviews the history of the East Greenwich Free Library, founded by Daniel Albert Pierce in honor of his young daughter, Adeline Vaughan Pierce, and gifted to the town.

50 Years of Main Street: East Greenwich resident Judy Stenberg reflects on living in the town for 50 years and how Main Street has changed during that time.

The Room Where It Happened: In this story, East Greenwich resident Kim Balkcom tours the historic Town Hall, from the former jail cells in the basement to the top of the clock tower.

In Memory of CJ: The parents of CJ Buckley, Carter and Lucy Buckley, discuss their late son and the annual regatta that keeps his memory alive.

Part community-builder, part culture catalog, part fundraiser, and part “day-in-the-life” video scrapbook, Our Town: East Greenwich is the thirteenth film in the Our Town series. The purpose of Our Town is to share the unique experiences, untold stories, and hidden gems of a Rhode Island town and its villages. Fostering connections between Rhode Island PBS and the local community, the stories are chosen, captured, and told by resident storytellers and videographers. Rhode Island PBS offers technical advice and then stitches the stories together in a one-hour film for broadcast.

“Our Town: East Greenwich” is made possible in part by Dave’s Fresh Marketplace, East Greenwich Chamber of Commerce, and Rasa Restaurant.