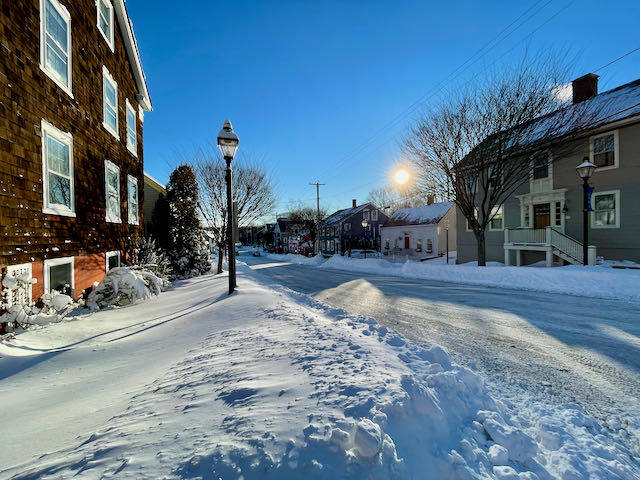 UPDATE: The town will remove snow from the parking lanes and sidewalks of Main Street Tuesday (2/1) night. Until then, parking on Main Street and navigating the sidewalks will be challenging. Take care, everyone!

As of 7:23 p.m. Saturday night, East Greenwich had seen 19.5 inches of snow. The blizzard left between 14 inches and 24 inches of snow around the state. Interestingly, North Kingstown, our neighbor to the south, tied with Richmond with the lowest snow accumulation – 14 inches, more than 5 inches less than EG.

How does this compare with previous storms? According to the National Weather Service, Saturday’s blizzard was the fourth largest on record, but it does appear to be the largest on record in terms of single-day accumulation, besting 18.3 inches in the Providence area in 1961. It falls far short of the infamous Blizzard of 1978, with its 28.6 inches of snow but that was a two-day storm (Feb. 6-7).

A number of factors made this blizzard less troublesome. Since it was a Saturday, and we had plenty of warning to get any supplies we needed, it was a lot easier to stay home. Because of the cold temperatures, the snow was light, making plowing easier. However, the wind and lack of visibility during the most intense hours of the storm (midday into the afternoon Saturday) required a pause from plowing as it became just too dangerous for drivers.

By Sunday, most streets were plowed, but navigation proved challenging on narrower and steeper streets.

Nota said the storm could be a sign of things to come.

“It may be that we have fewer major storms … [but] their strength is clearly becoming more volatile during all seasons,” he said. “This change will require us relook at how we prepare … in the future.”

Because of the volume of snow, the town will be deciding in coming days whether or not to remove the excess from Main Street sidewalks. That night operation only happens, Nota said, when there is a lot of snow. This blizzard may indeed fit that bill.

“A special thank you to our Department of Public Works, Highway, and Parks crews and to the individual members of other departments that also filled in, including Community Services, Information Technology, outside contractors, Police and Fire, EG EMA, school personnel, administrative staff and many others,” said Nota.

Here are some pictures from the blizzard and after: 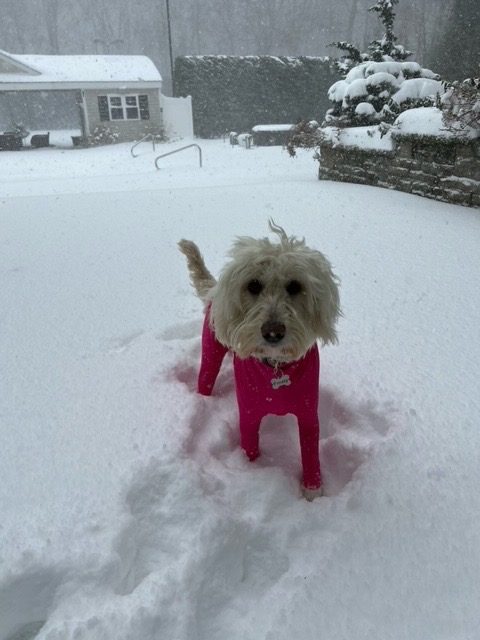 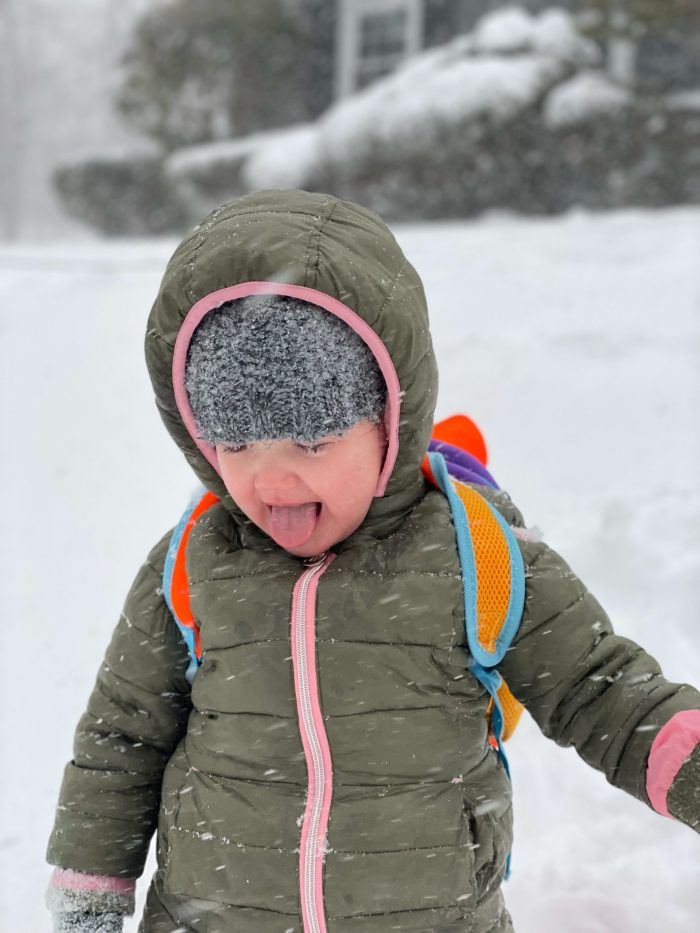 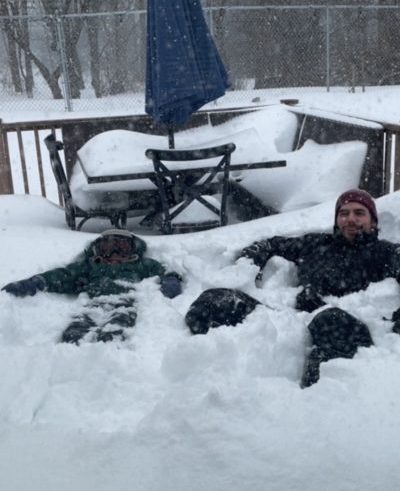 Our own social media guru Stephen Susi in the snow. 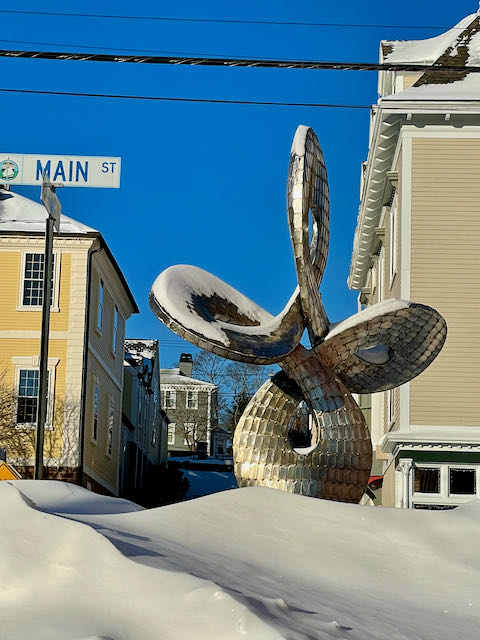 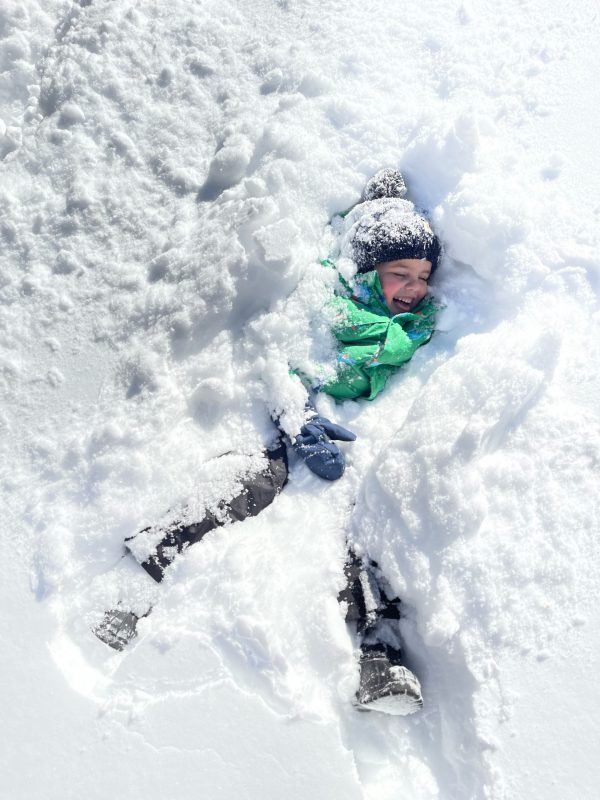 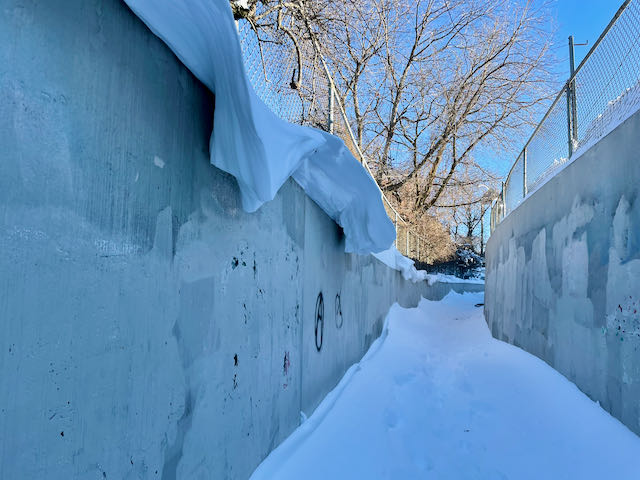 Snow in and on the London Street Underpass. 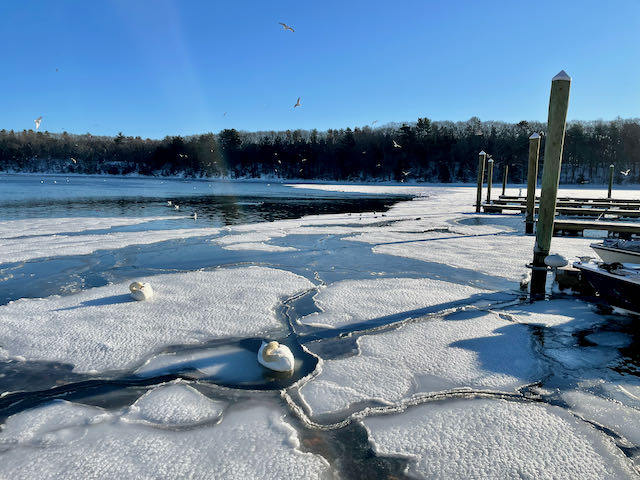 Swans and birds on the Cove Sunday morning.