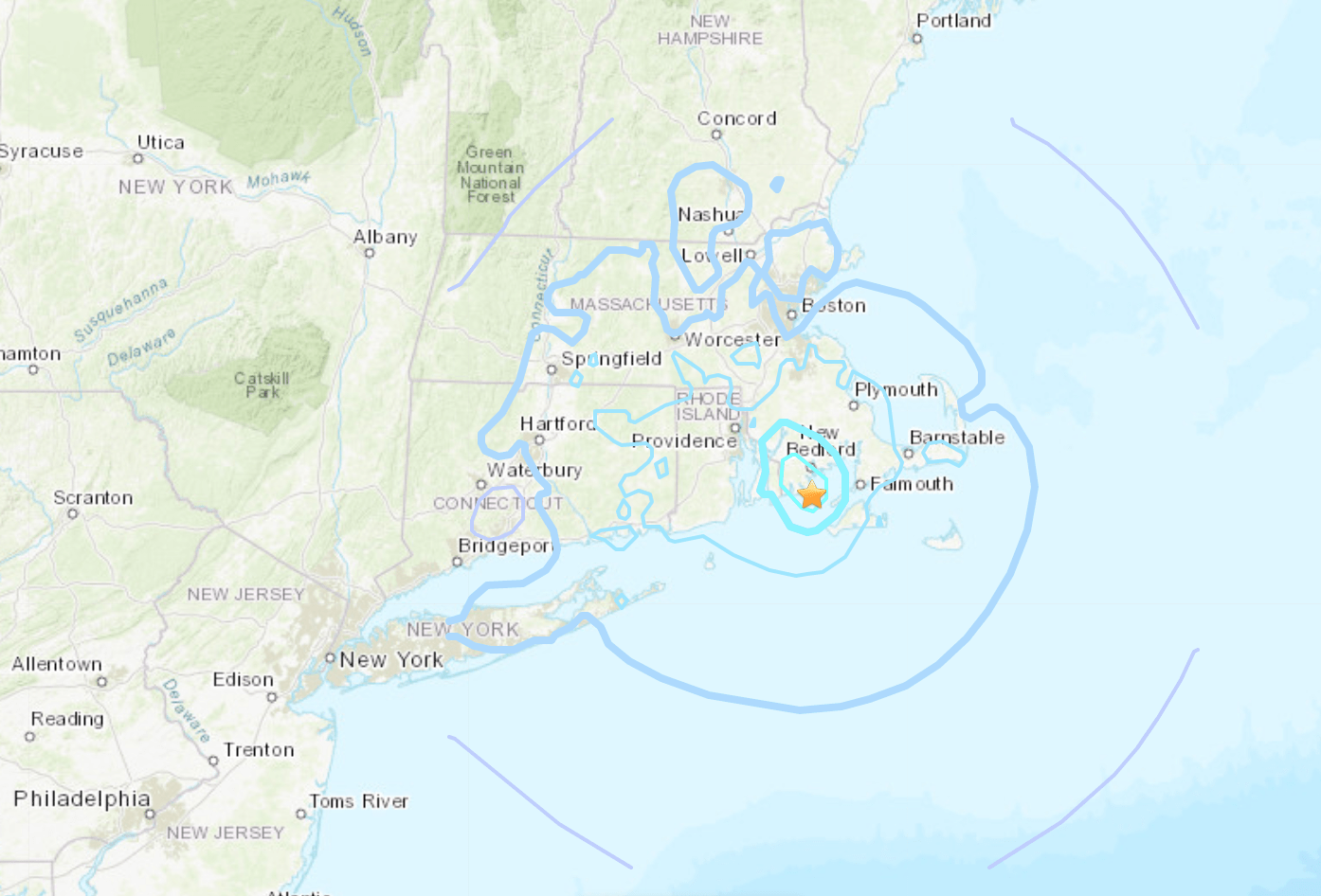 Above: The earthquake map from the U.S. Geological Survey.

It sounded like destruction to some of us. If you were in your house, you worried. For others, it sounded like a very large truck rumbling by outside, or an elevated subway train. It was sound more than movement that most East Greenwich residents experiences when an earthquake hit southern New England Sunday morning.

The magnitude 3.6 quake struck at 9:10 a.m. in Buzzards Bay about 7 miles south of Dartmouth, according to the US Geological Survey’s National Earthquake Information Center in Boulder, Colo.

There was some damage to buildings in New Bedford and, according to the Boston Globe, 22 people were left homeless from the quake. In East Greenwich, fortunately, it was a momentarily scary without being destructive.

The house rumbled quite a bit. Thought there was a low flying helicopter or a really big truck driving by.
– Elaine Vespia

I was in the armory with the windows open. I felt the drill hall floor vibrate, heard wood pops and cracks (beams?) And noticed what sounded like sonic boom or heavy rumble of a train…lasted 3 seconds I’d guess. My first thought was the boiler was … about to explode, lol. I looked around the building for any cracks. Seems like we are fine. Weird that others in EG heard and felt nothing. – Patrick Donovan

I thought it was a tank rolling down West Street. – Kevin Muoio

Like living next to an elevated subway track. – Anne Musella

I knew what it was right away! No doubt! – Jane Schaefer