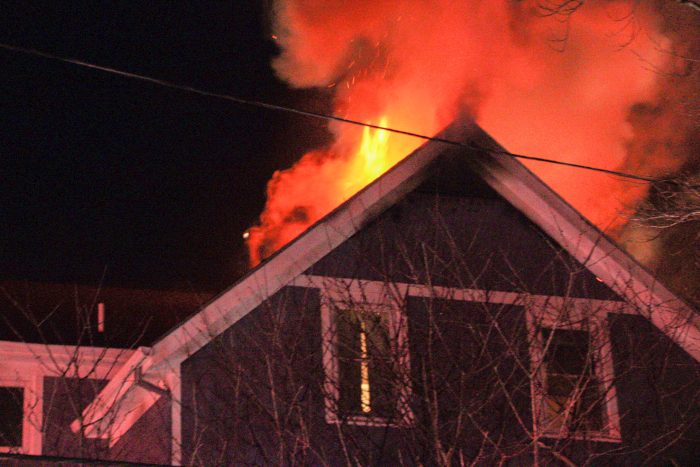 Above: Fire at 79 Duke Street on Friday, March 4. Photos by Tim Cure

A fire broke out early evening Friday at 79 Duke St., an eight-unit condominium complex, on the block just south of King Street. EGFD got the call at 6:20 p.m.; no one was injured.

According to Fire Chief Bernie Patenaude, the fire started on the second floor of one of the condominiums and spread to the roof, following a pipe chase through the building.

“There was quite a bit of fire damage on the third floor and a lot of water and smoke damage,” he said. The eight units remained uninhabitable Friday night; the Red Cross was on hand to assist the displaced residents.

EGFD was assisted by Warwick, North Kingstown, and West Warwick, with coverage at the stations provided by Coventry.

Update: The fire rekindled in the emptied structure around 10 p.m., after all fire personnel had cleared the scene. The building was still venting smoke at midnight. 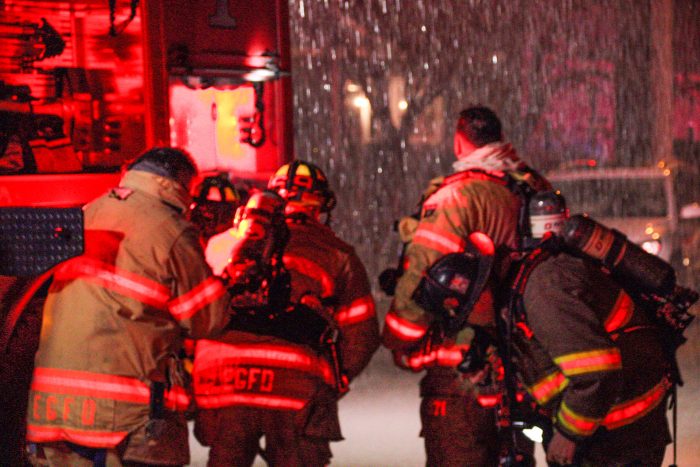 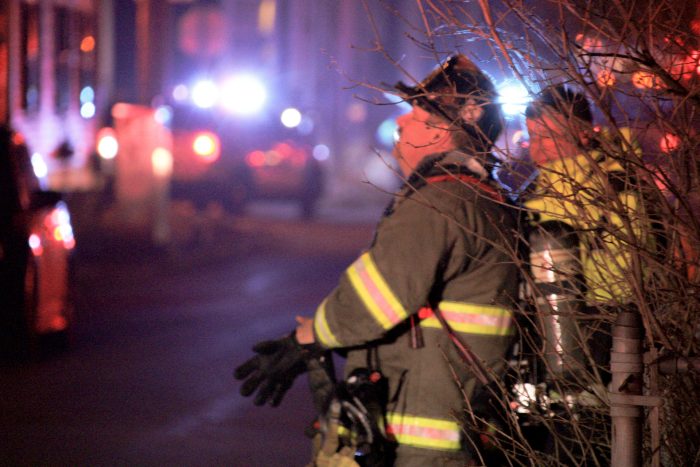 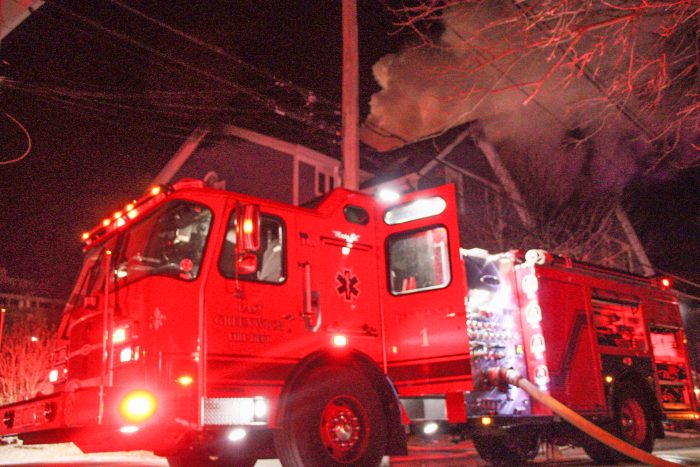 Smoke billows from 80 Duke St. behind an EG fire engine. 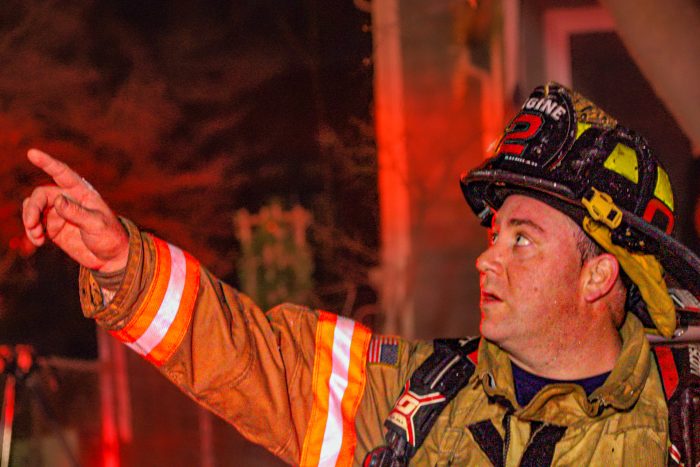 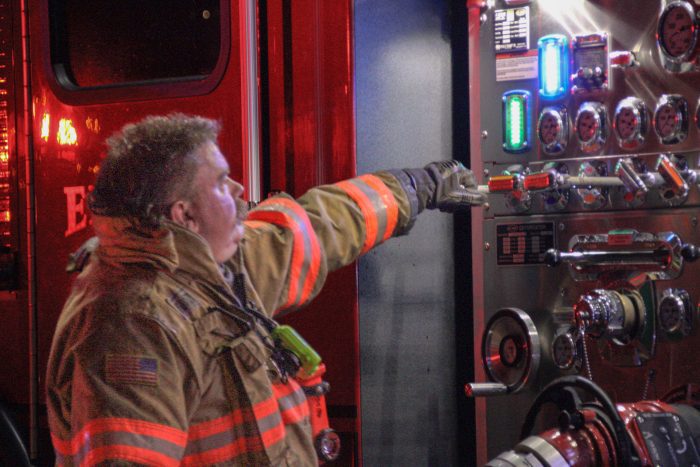 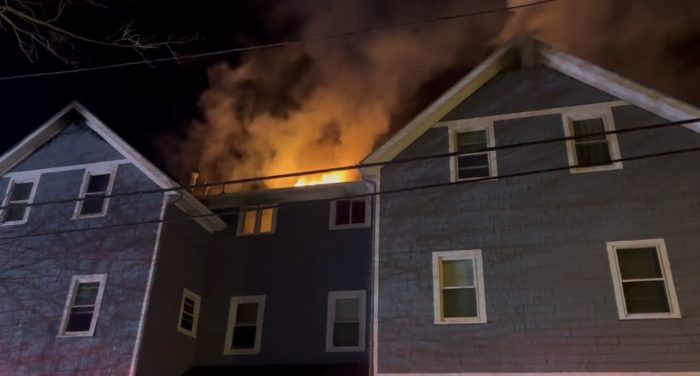 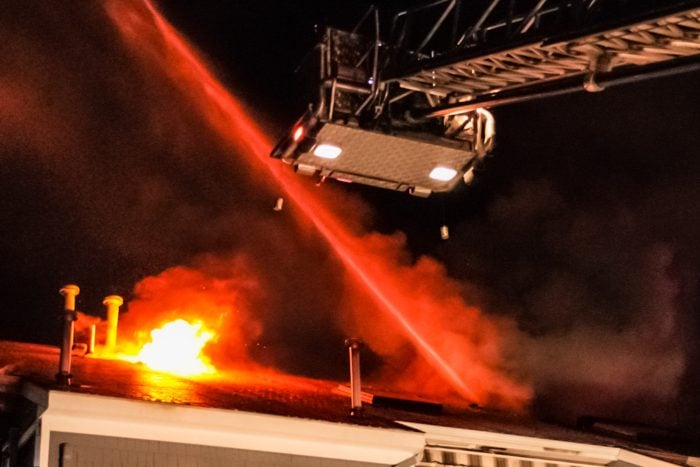