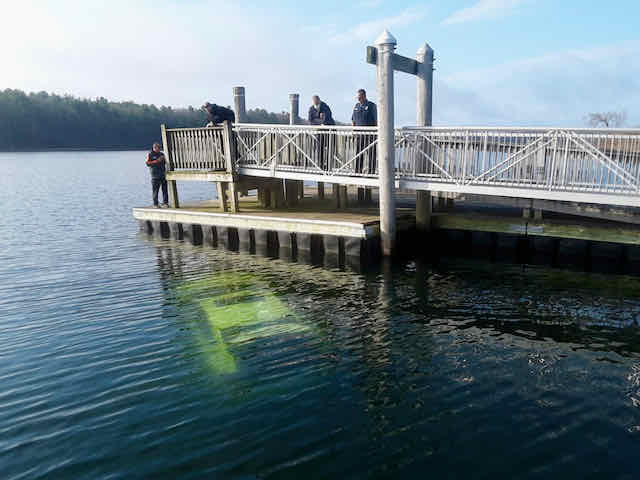 Above: First responders check out the car. Credit: Jeff Stevens

First the good news: no one was in the car when it rolled into Greenwich Cove at the town boat launch Saturday morning. But roll it did, following a law of physics that says an object on a slope will roll. Especially if it’s not in park.

It was around 8 a.m. Saturday when the unidentified driver stopped her car in the lower boat launch parking lot and got out to use the port-a-john situated right across from the boat ramp. EGPD Lt. Bob Siple said the car may have been left in neutral. The slope of the parking lot is not significant, so it is conceivable the car only began its break for the water after the woman was out of sight. By the time she emerged, the car alas had rolled down the boat ramp and into the cove, sinking.

Police and fire responded to the scene but it was Ronnie’s Towing & Recovery that conducted the actual rescue, pulling the white Volvo out of the water. The driver declined to comment. 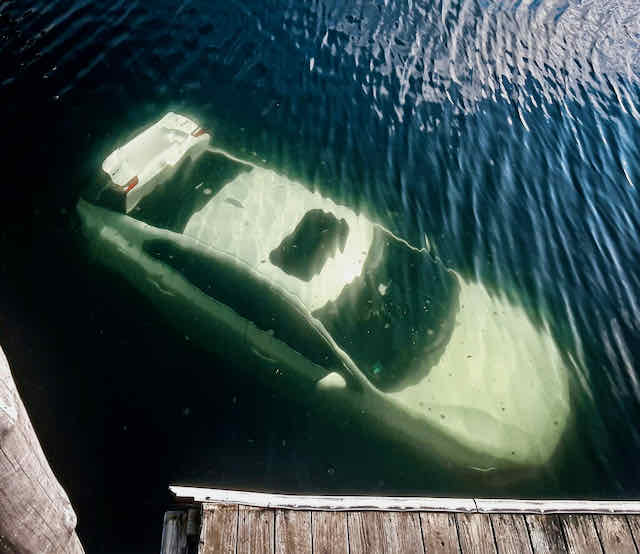 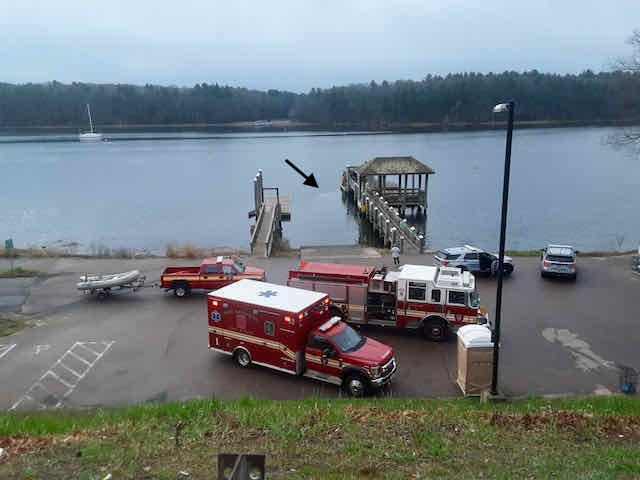 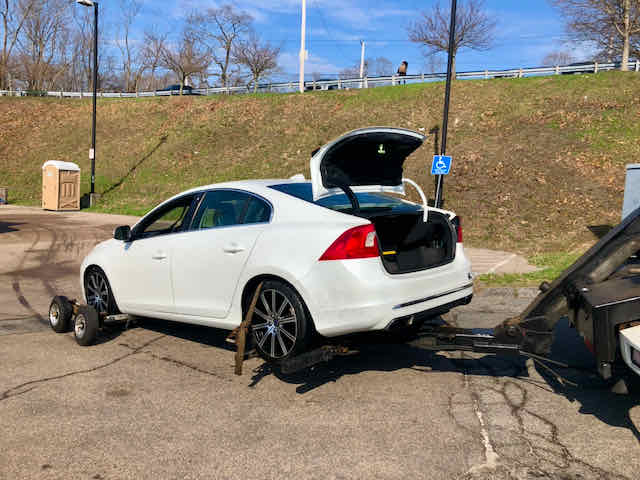 Water-logged car gets towed away.