Barbara Trojan, 60, of North Kingstown, was arraigned before District Court Judge Elaine Bucci Thursday morning for driving while intoxicated, death resulting, in connection with an accident on Frenchtown Road Sept. 7 that caused the death of Patty Daniels, 46, also of North Kingstown, as well as serious injuries to two of the three other people in car Trojan hit. Trojan’s blood alcohol level was .225 percent, more than two times the legal limit of .08 percent. 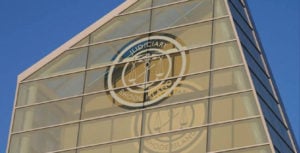 Trojan, a slight woman with light brown hair, was represented in court by a public defender. Bail was set at $25,000 surety bail (meaning she would need to come up with $2,500 to be released) and she was ordered not to drive. She was also referred for substance abuse counseling.

According to EGPD Det. Lt. Jay Fague, surveillance video taken from the American Legion Post 15 on Main Street in East Greenwich, showed Trojan drinking beer at the bar from 6:38 p.m. to 11:58 p.m. the evening of Sept. 6. He said they were still trying to determine how many drinks Trojan had during that time.

Trojan was driving west on Frenchtown Road just after midnight when she made an abrupt left turn just east of Davisville Road, driving directly into the car driven by Daniels’ sister, Donna Daniels. Fague said according to witnesses, the car driven by Donna Daniels rolled over more than once before coming to rest on its side, trapping Patty Daniels and her boyfriend, Bruce Bartels, in the backseat. EG firefighters had to use hydraulic rescue tools to release the two. They had not been wearing seat belts. Patty Daniels died Sept. 11.

Fague said according to police at the scene, when Trojan spoke, she had “mush mouth.” All four people from the Daniels car and Trojan were taken to area hospitals. Fague said police did not get a breathalyzer test from Trojan at the hospital because she was passed out and consent is required. Police did get a warrant to seize Trojan’s blood from a draw taken at the hospital at 1:30 a.m. Sept. 7. The blood was sent for toxicology testing on Sept. 11 and results came back Sept. 30.

Trojan is due back in court for felony screening Dec. 16.