DOT Nixes Town’s Use of Parking Lane on Main Street 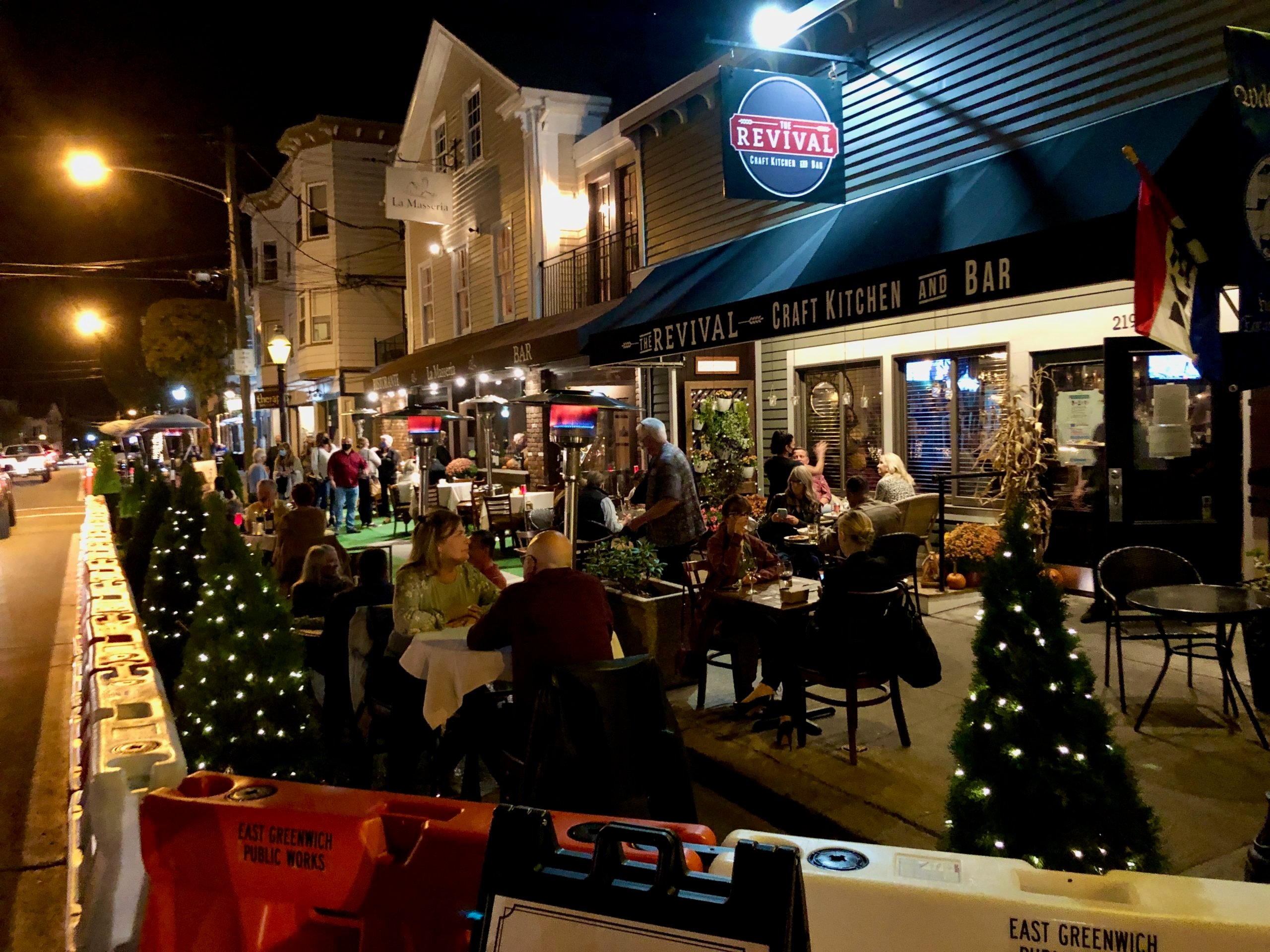 Above: The scene in front of Revival in early November, when they were able to use the parking lane for tables.

Restaurant use of Main Street itself to expand outdoor dining is over for now, Town Manager Andy Nota explained this week. The state Dept. of Transportation, which has ultimate say over Main Street since it is a state road, told the town there were too many safety concerns.

The town got permission from the state to close part of Main Street to vehicle traffic on Sunday afternoons in September and October. When that ended, the town used Take It Outside grant money from the state to purchase DOT-approved traffic barriers that they used to block off parking spaces in front of some of the downtown restaurants without contiguous parking lots. And, largely, the weather cooperated, giving restaurants like Revival, La Masseria and PB Bistro additional outdoor table space to accommodate diners who prefer to eat outside during the pandemic. The town has also supplied outdoor heaters and evergreens strung with lights for ambience.

According to EG Chamber of Commerce Executive Director Steve Lombardi, the effort has been worth it.

“We think it worked really well,” he said. “Certainly the weather when we started with the original Take It Outside Sept. 6 through now was a home run. It all depends on the weather.”

With the help of the town and the chamber, businesses were poised to take advantage of that good weather.

In his letter to Nota, DOT Chief Engineer Robert Rocchio cited the potential danger to diners if a car were to hit one of the barriers, noting possible deflection. Rocchio also said debris from a crash could hurt nearby diners and that with the barriers there, drivers might try to drive away from them, ending up closer to the center line.

And Rocchio made a final point: the plan violates Federal Highway Administration rules and regulations.

Nota said he found it a little frustrating – Gov. Raimondo was telling everyone to move their businesses outside but then another part of the state government was saying “not there.”

Lombardi said they were hoping they could bring back expanded dining areas in some fashion in the spring.

“We think it really can be great in March and April, the shoulder season,” he said.