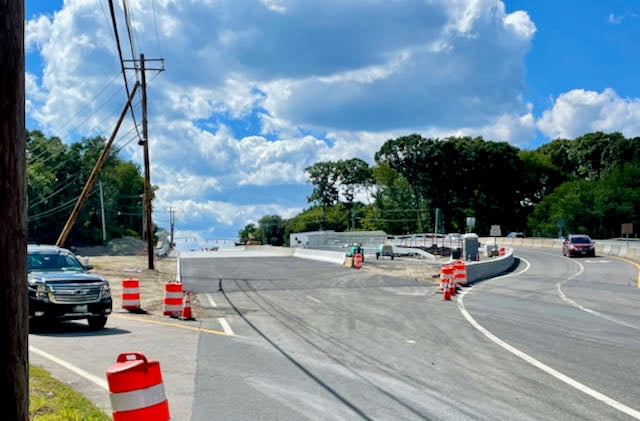 Above: The eastbound lanes of the new Division Street bridge on Aug. 18. DOT says those lanes will open for travel Friday, Aug. 19.

The eastbound lanes of the new Division Street bridge over Route 4 are set to be open to traffic by Friday morning, Aug. 19, nine months after traffic was diverted from the old bridge onto a temporary span and nearly three years after the state Department of Transportation began work on this project.

According to the DOT, the westbound lanes will open in a couple more weeks.

The project cost is $22.9 million; DOT said any additional costs caused by the temporary bridge problems are being borne by the contractor, Cardi Corp.

The Division Street bridge carries 14,000 vehicles a day and provides a vital link for the East Greenwich and Warwick communities. DOT said the old bridge was one rating point away from being structurally deficient and it had to be replaced.