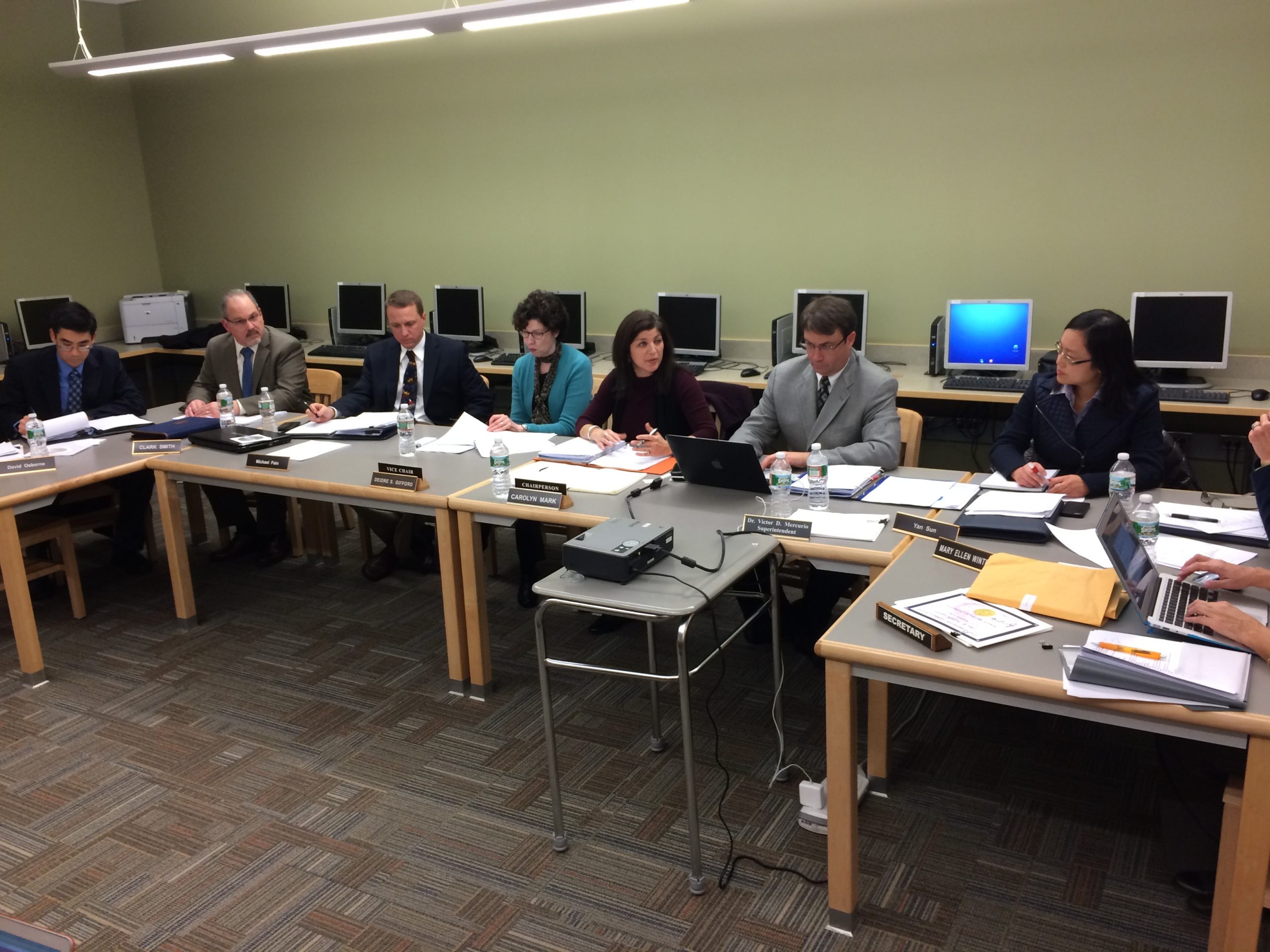 Adding full-day kindergarten across the East Greenwich School District would add an annual $800,000 to the budget, mainly for staff, according to a report on the subject presented to the School Committee Tuesday night.

An additional one-time estimated cost of $310,000 would be needed to retrofit both Frenchtown and Meadowbrook schools to accommodate the increased number of kindergarten classes – that money would most likely come from bond money left over from construction of the new Cole Middle School and other projects.

Results of a survey completed by members of the community showed 464 respondents (87 percent) said all-day K was a good idea; 63 people (12 percent) did not think it was a good idea. Committee members said research into all-day K was overwhelming positive. As of this year, 29 school districts in Rhode Island have adopted all-day K programs.

Committee member Deidre Gifford wondered if the plan for full-day K was just first grade brought to kindergarten – would those aspects of kindergarten like free plan, snacks and naps be retained?

Committee member David Osborne said he would liked the report to offer more information about the kindergarten Common Core requirements and wondered why there was data included in the report from the Meadowbrook full-day program.

One important question Tuesday night was could everything that needs to get done – primarily, retrofitting buildings and hiring staff – get done in time for the 2015-16 school year.

The plan to use leftover money from the $52 million bond referendum approved by voters in 2008 for from Cole and other school construction projects requires consent from the Town Council, since they are the bonding authority. Supt. Victor Mercurio said Tuesday he thought it would be possible to move ahead with construction plans.

“The voters gave the School Committee wide latitude,” in terms of how the money could be used, he told the committee. About $2 million in bonding authority remains. Some of that money is targeted to other capital expenses, including the renovation of Hanaford’s entrance, but there is enough there to cover full-day K retrofits, said Mercurio.

If the council approves the bond request, then the EGSD Building Committee would have to arrange to get the work done over the summer.

The personnel piece of adding all-day K presents more of a timing challenge. Hiring staff, even advertising for the positions, would need to wait until after approval in June of the town budget for fiscal year 2016 (which goes from July 1, 2015 to June 30, 2016).

“The number for full implementation does not include any of the contractual increases for all three bargaining units,” explained Mercurio. “It does not include any of the potential staffing increases we may need to make by I.E.P.-driven considerations…. It’s one piece incrementally in the grand design of a larger budget and that’s something for the committee to vet. And that’s why we gave the committee three different options.”

He said looking at the budget process from previous years, the cost of Option One paired with typical budget requests from the so-called “budget owners” (principals and other administrators), would increase the budget beyond what the School Committee could legally request.

Mercurio was referring to the state law (Senate bill 3050) that limits a school district to a 4 percent increase over the previous year’s budget appropriation.

The other options don’t do that, he said.

There is two bright spots, financially, in the district-wide implementation. One, the district would no longer need midday bus runs, which would save $129,000. Two, the state would kick in $34,000 the first year and $68,000 in year two, as a bonus for implementing full-day K. Those monies are already factored in to the overall $800,000 number.

The budget process will begin in earnest in January but a budget for the 2015-16 school year – the 2016 fiscal year – will not be finalized until the annual Financial Town Meeting (FTM) June 9, 2015. The School Committee must submit a budget to the Town Council – which has final approval over the amount (not use) of money the district will receive – by March 15. The council then takes up the budget and has until May 15 to approve a final budget for the FTM.

“So by March 3, the community will have a good sense of the direction the School Committee is going in” with regard to full-day K, said Chairwoman Carolyn Mark, referring to the meeting date scheduled in early March.

Next steps? Budget workshops begin in late January – Jan. 27, Jan. 29, Feb. 3 and Feb. 5, with a budget hearing scheduled for Feb. 24. Meanwhile, the ad hoc committee will continue to pursue grant opportunities and the building committee will begin to work on the construction piece. Stay tuned.