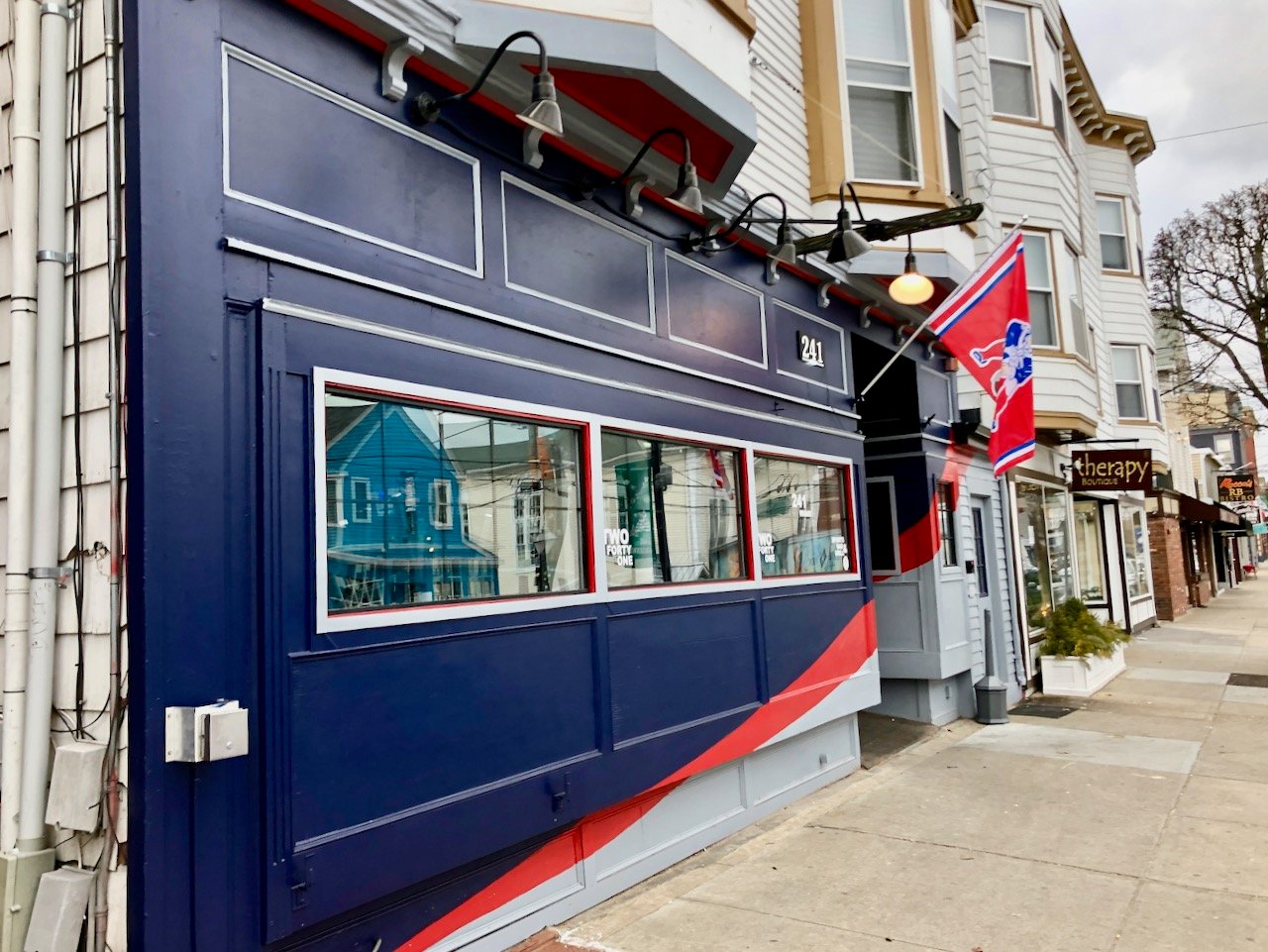 The juggernaut that is the Main Street dining scene continues with Kai Bar owners opening 241 Main; Besos closed for a quick (one-week) refresh; and restaurateurs from both Wakefield and Warren planning EG outposts.

Kai Bar owner Jason Kindness and partners took over the former Fat Belly’s space and reopened it at the end of 2018 as 241 Main. Kindness describes it as place for sports fans who also appreciate elevated pub food.

With 10 TV screens in the relatively small space, there’s no way patrons won’t be able to follow the action. And, in fact, the 241 Main website lists schedules for the Patriots, Celtics and Bruins (and Red Sox, once the season starts). 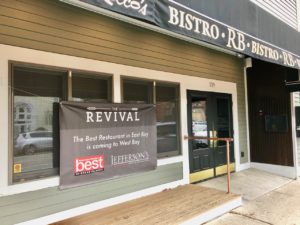 The Revival, from Warren, is coming to Main Street in March.

While across the street Kai Bar, with its focus on special cocktails and live music nightly, caters to adults, Kindness said 241 Main is geared to families as well as sports fans, a need he saw with his own young son.

“Being on Main Street for the last two years, something I’ve noticed having a 10-year-old myself, there weren’t many places to bring him on the street. So we really wanted to offer that as well,” said Kindness.

Wings are a specialty at 241 Main and, come March, the bar will offer a number of whiskeys.

“We want to keep it simple but the simple things we do we want to do them really well,” Kindness said.

Meanwhile, Main Street staple Besos announced on Facebook Sunday it would be closed this week:

“We are closing our doors for the next week to make Besos more beautiful than ever! We will be back in action on Monday, January 21 with new menus, exciting events, and amazing specials for you and we couldn’t be more excited! The countdown is on!”

Besos became part of the Martucci Group of restaurants (including The Trap and Safehouse in Potowomut) last April. Although they are making changes to the menu, their Facebook page also promised that favorites would remain.

A bit north on Main Street, two properties that went dark in 2018 have been taken over by restaurateurs from Wakefield and Warren.

When the Grille on Main closed last May, a collective sigh was heard in town. The Grille was Main Street before Main Street was a restaurant hub. After months of seeming inaction, in December a sign appeared in the window at 50 Main Street proclaiming Tavern on Main was coming, a replica of the Wakefield restaurant. Reached this week, the owners said they are renovating of the space and hope to be open in March.

The space occupied by the short-lived Rocco’s RB Bistro, at 219 Main Street (before that, it was The Chocolate Delicacy), has been taken over by the people behind The Revival in Warren, a popular East Bay eatery known for its emphasis on farm-to-table dishes and an extensive bourbon tasting menu.

Co-owner Peter Lowre said they are looking to recreate what they are doing in Warren.

“We figured if we can’t get people from the West Bay to come to Warren, we need to go there,” he said. He thinks The Revival will bring a focus on the quality of the food.

Lowre said they are aiming to open March 1.

Want more restaurant news? Make a donation today! Click on the link below or send a check to EG News, 18 Prospect St., E.G., RI 02818. Every donation helps. Thanks!