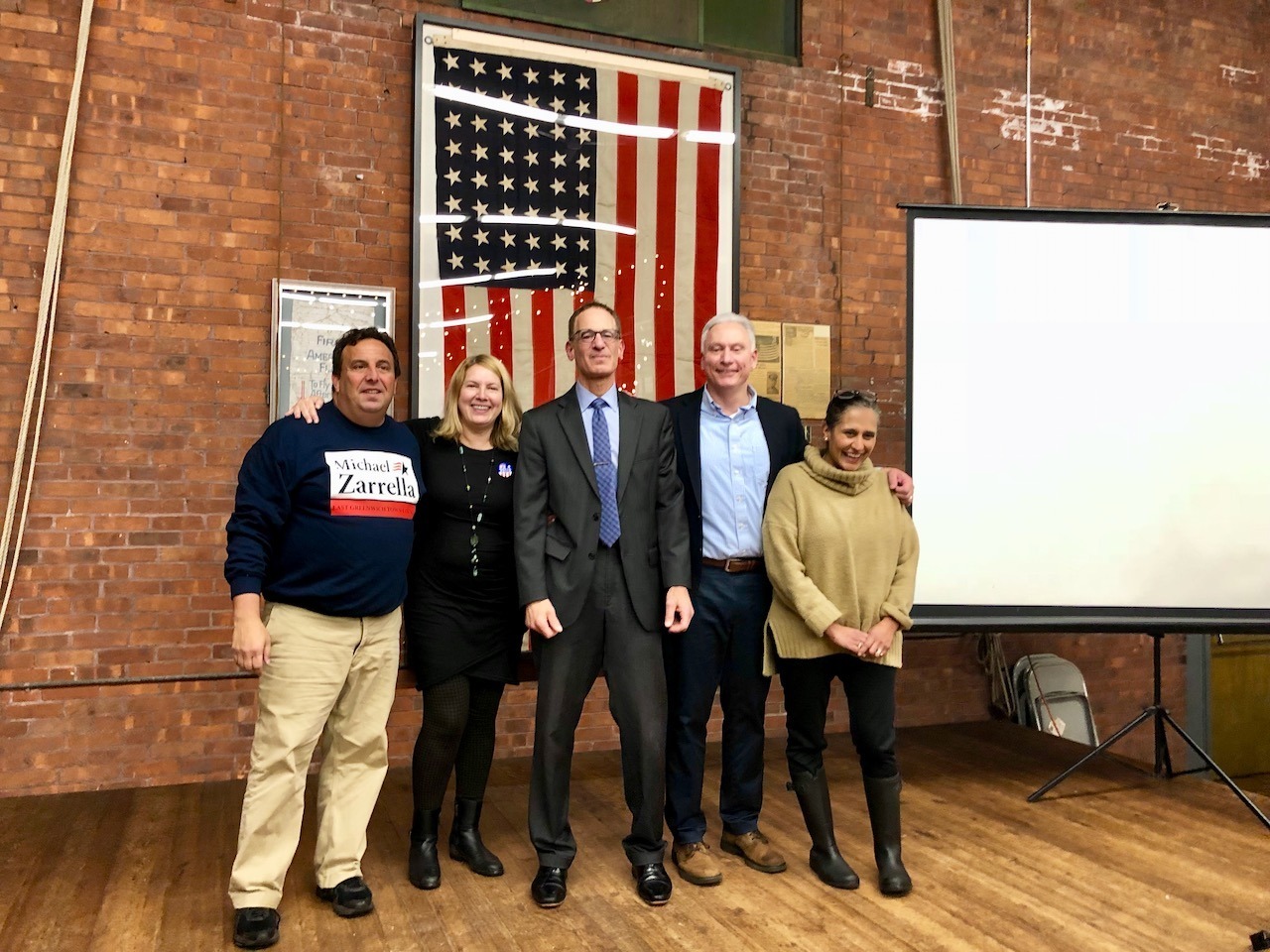 The Democrats pulled off a stunning Town Council win Tuesday, winning all five seats. The sweep follows a pitched battle of a campaign that started in June 2017, when the Republican-majority Town Council appointed Gayle Corrigan as town manager, to the consternation of what developed from a regular vocal presence at council meetings to Tuesday’s strong turnout for the Democratic slate.

There has not been a Democratic majority on the Town Council in more than 25 years.

Schwager, who had been the lone dissenting voice for 17 months, relished the victory, echoing the slogan adopted a year ago by the Democrats and others who wanted change. The five Democrats have pledged to get rid of Town Manager Corrigan. Two weeks ago, Corrigan told Engaged EG she would resign if she lost support on the council.

The election was a rebuke to the majority Republican Town Council, including Council President Sue Cienki and Councilman Andy Deutsch, who both had sought reelection. Cienki went from being the top vote getter in 2016 to 9th out of 10 on Tuesday, with 7.5 percent of the vote. Deutsch came in 6th, with 7.9 percent of the vote.

A show of force for the Democratic candidates for Town Council at Hanaford Tuesday.

“I think we presented as a team a stark contrast to the current administration,” said second-place finisher Donegan. “We came together with values that our community thinks are important. We want to protect our schools and our children, we want to have a responsible budget, and we want to have an open and transparent government. We offered those and our community rose up and said, ‘That’s what we want.’”

The Republicans, who gathered at Mainstreet Coffee at results were announced, were resigned.

“We laid it all out on the field,” said Callanan. “I have no regrets. I met some fantastic people and made a lot of friends.”

Vote totals were high, with more than 54 percent of the East Greenwich electorate casting ballots, a percentage not seen for decades in a mid-term election. Here they are, including the mail ballots (find results of all the races here):