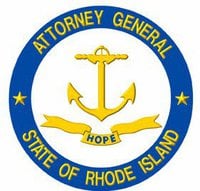 Janet Mastronardi, 54, of Cowesett, pleaded no contest Wednesday to embezzlement and elder exploitation for embezzling nearly $130,000 from a woman for whom she’d been appointed guardian, Attorney General Peter Kilmartin announced Thursday.

Mastronardi was sentenced by Superior Court Justice Walter Stone to 7 years, with 30 months in home confinement and 54 months suspended with probation, according to a press release from the attorney general’s office. The AG had asked for prison time but Judge Stone sided with the defense request for home confinement in light of Mastronardi’s having paid back the $129,107.57.

In 2005, then-lawyer Mastronardi was given power of attorney over Jane Jacques, 80, a widow who was childless and in failing health. According to North Kingstown Probate Court, she had family in New England but did not want them involved, the Providence Journal reported in June 2013. Mastronardi was appointed guardian over Jacques that same year.

The employee contacted the state police, who uncovered the thefts during an investigation. Mastronardi was arrested in May 2013.