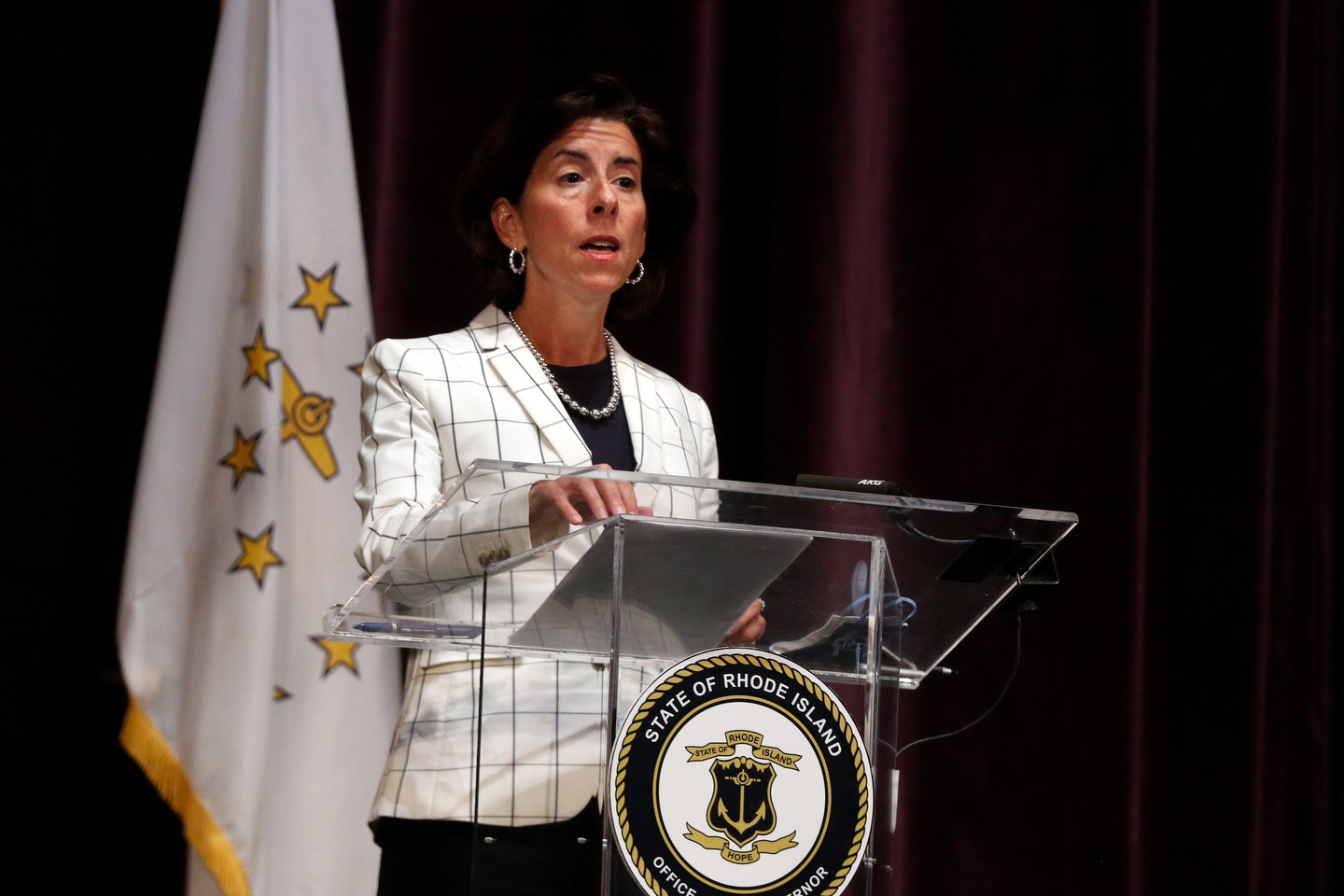 Data: The R.I. Department of Health said there were 79 new cases of COVID-19 Wednesday, bringing the total number of confirmed cases in Rhode Island to 20,795. There were 3 new deaths on Wednesday, for a total of 1,027. The number of confirmed cases in East Greenwich is 119; 3,305 residents have been tested, 25 percent of the town’s population (13,073). The town’s test-positive rate is 4 percent. Find the most recent data at the DOH data hub HERE.

At Gov. Gina Raimondo’s press conference Wednesday afternoon, she announced the Take It Outside Campaign to help move more activities around the state outdoors.

Raimondo said this campaign was launched because the virus has been proven to spread less easily outdoors. A team of people has been put together, including those from Commerce, the Department of Business Regulation, Department of Environmental Management and the Department of Health. They will be working with businesses, cities and towns to come up with creative ideas to move activities outside.

She said this may include temporarily closing more streets and parking lots for more dining and shopping outside. Employers may be asked to allow employees to have meetings outside. Mobile hotspots will likely be provided to make working outside easier. State property may be made available to do more activities outside on particular properties. She said that more information on this campaign will be provided next week.

Raimondo also returned to the topic of testing, as turnaround times for results have been a consistent complaint. She said that if someone has symptoms, they should be able to get a test within two days of calling their doctor and get their results back in another two to three days.

As of this week, she said, more than 2,000 tests are being run a day with the recent contracts with two new labs, Accu Reference and Dominion Diagnostics. These contracts guaranteed turnaround times of 48 hours or less. A month ago, the average turnaround time was five days. Today, it’s just under 2 and a half days.

“I think I can safely say the worst is behind us,” she said. “We’re much better now on test turnaround time than a month ago. A month from now, I expect us to be even better. “

She also said the state is still building up its supply of rapid test machines and placing them strategically in places like hospitals, nursing homes, and schools when they reopen. Currently, 10 of these machines have been placed across the state and an additional five were bought for 1,000 rapid tests a day. These additional five will be dedicated to K-12 public schools so students and teachers can get immediate test results and go into isolation.

She highlighted the achievements of testing within the state, pointing out that nursing homes represented about 20 percent of all the cases in the state. In the first two weeks of August, they made up less than 5 percent.

Raimondo returned to the subject of schools, emphasizing that although each school district will have to take the lead on getting the specific supplies needed to safely open schools, the state is ready to provide any supplies necessary. She noted the state had distributed 3,000 thermometers, 600,000 masks, and 10,000 gowns just this week.

She also outlined different scenarios for how to handle positive COVID-19 cases at a school:

Raimondo noted that the 24-page health protocol playbook designed to help walk through these scenarios can be found HERE.

As for President Donald Trump’s promise of $400 in supplemental unemployment, Raimondo said no one has actually applied because there’s nothing to apply for yet. She said she was in touch with the U.S. Department of Labor and the Federal Emergency Management Agency to try to figure out what the particular program is and what the process will be.

“We don’t yet know how it would work, how much we’d be eligible to receive or who would be eligible,” she said. “We’re waiting for the Trump administration to put out some guidelines around a particular program. As soon as we know more, I’ll let it out.”

In the last week, over 1,000 businesses were inspected by DOH for their COVID-19 protocols. While 96 percent of employees and customers were wearing masks and 98 percent of businesses complied with capacity restrictions, bar areas and some restaurants were still found to be struggling with following the rules. Fifteen percent of businesses didn’t maintain social distancing with groups of people and 17 percent had customers too close to bartenders. Raimondo reiterated that while these numbers are an improvement over last week, better compliance is needed. Bars in restaurants will stay closed at 11 p.m. and the social gathering limit is remains set at 15.

Raimondo noted that Rhode Island is off of the traveling restrictions list for New York, New Jersey and Connecticut but remains on the list for travel to Massachusetts. She encouraged residents to follow the pandemic guidelines so the state can reduce the number of new cases and people will be able to travel more freely. Massachusetts restrictions were hurting Rhode Island businesses, she said.