COVID Updates: Get Your Flu Shot! Stay Home If Symptomatic! 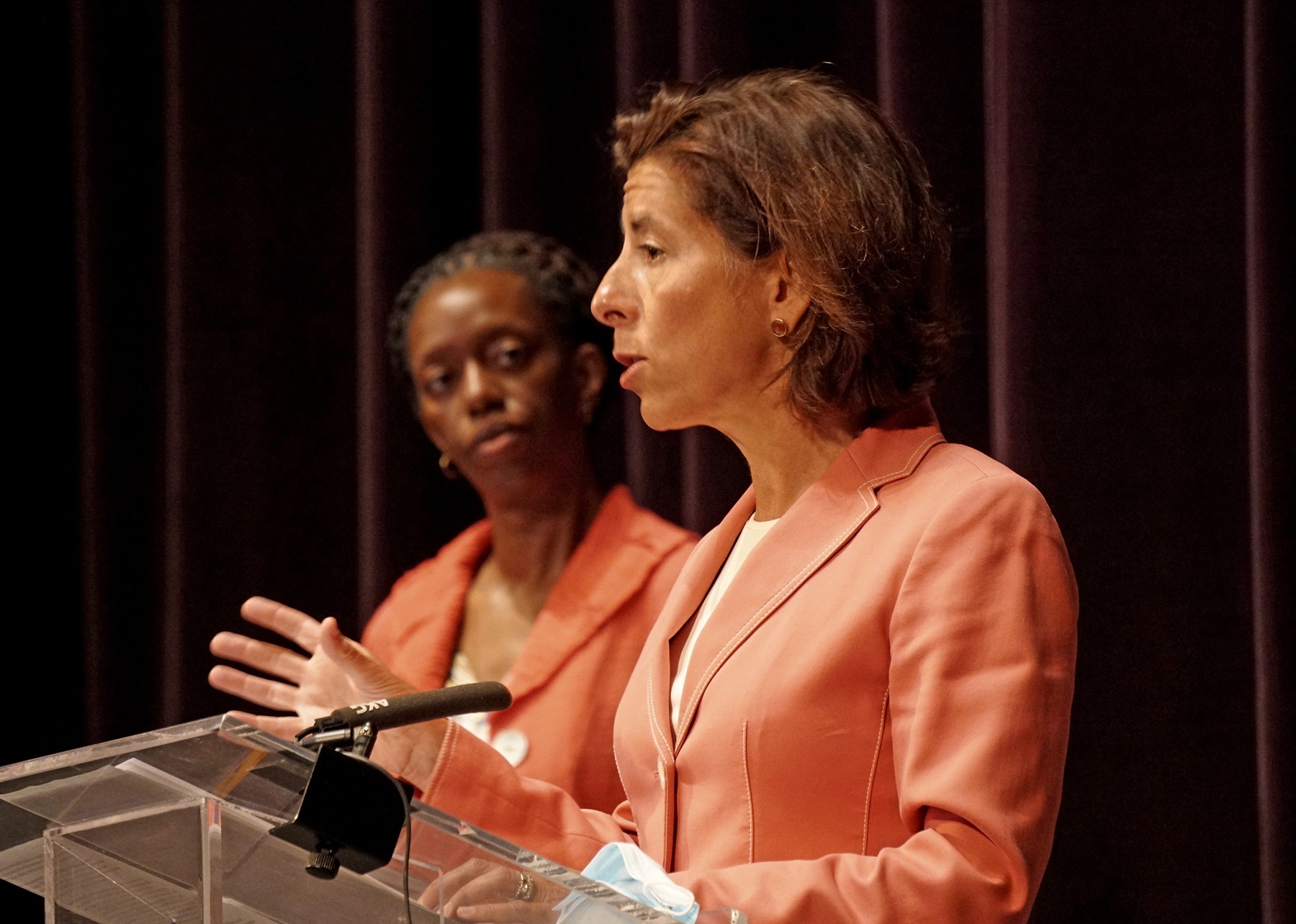 Data: The R.I. Department of Health said there were 54 new cases of COVID-19 Wednesday, bringing the total number of confirmed cases in Rhode Island to 22,676. There were 3 new deaths on Wednesday for a total of 1,062. The numbers in East Greenwich have not been updated recently and stand at 134 confirmed cases;  3,976 EG residents have been tested, 30 percent of the town’s population (13,073). Find the most recent data at the DOH data hub HERE.

Gov. Gina Raimondo urged every resident in the state to get their flu shot with flu season coming up, especially due to the potential mix of COVID-19 and seasonal flu at her weekly virus press conference Wednesday afternoon.

“This flu season, vaccination for the flu is more important than it has ever been,” she said. “This is truly a life-and-death situation. Please, everybody, now: Make a plan to get your flu vaccine.”

She said the state will be making it as easy as possible for everyone to get their flu shot, with implementing flu shot clinics in schools for students and staff and health equity zones established to bring flu shots into communities. Nursing homes, grocery stores, cities and towns will be worked with to increase accessibility, as well, she said. For those who cannot afford it or don’t have health insurance, it will be free. If someone is asymptomatic for COVID-19 and they show up for a COVID test, a flu shot will be offered there on the spot.

She said the state has ordered 150,000 more doses of the flu vaccine this year compared to last year, and they have the ability to get even more, if necessary. The vaccine should be available at doctors’ offices within the next two weeks and health clinics shortly after that. Along with keeping everyone safe, the purpose of this is to avoid overrunning hospitals with patients, she said.

With Massachusetts making the flu vaccine mandatory for kids returning to school, Raimondo said she’s made the strategic decision not to require it, but instead, to make it as accessible as possible, thinking this is the best decision to try and reach 100 percent compliance.

Dr. Nicole Alexander-Scott, DOH director, said people also have to be mindful of allergies during the school year, especially because these symptoms overlap with COVID symptoms. There’s no 100 percent perfect way to tell the difference between the two just by looking at symptoms alone, which means the approach to dealing with this has to be different, she said. This means that when someone starts having symptoms, even if they have a history of allergies, they’ll have to follow COVID-19 protocol. However, she said the state is fully prepared and has systems in place to support families of school children during this time.

When a student gets the two COVID-19 tests – the rapid test and the PCR test – and they test negative but still have symptoms, they have to wait for their symptoms to be under control or gone for at least 24 hours before returning to school. Alexander-Scott said parents will need to be ready for their children to be home sick from school more often than in past years and to be out of school for longer while waiting for their symptoms to improve. She also urged parents to make sure their kids with allergies or asthma are taking their medications to control their symptoms.

With school beginning on Monday, Raimondo said the testing and contact tracing systems will be set up and ready. The full list of testing sites will be available Friday HERE. The COVID-19 K-12 testing hotline number will also be released Friday.

Raimondo said the school walkthroughs should be concluded by Thursday.  She said she was pleased by the work schools have done in preparation for reopening but that some schools did not pass the walk through. They have until Monday to reach compliance. While there’s a chance these schools might have to push back their reopening date, she said there’s a greater chance certain parts of the schools won’t be able to open, not necessarily the entire school.

Raimondo announced multiple updates for the Crush COVID app, which can be downloaded on the app store and Google Play. Starting Wednesday, people who use the symptom tracker on the app will get a screening page with either a green smiley face, indicating they have no symptoms, or a red unhappy face, indicating they have to stay home. Rather than answering the same set of screening questions everywhere people go, they can simply hold their phone up and show their green smiley face from that day on the app, she said.

People who have the app can also track and log symptoms not only for themselves but for up to 10 people in their household, she said. This makes it more convenient for families.

The governor also announced the launch of a new contest this Friday to encourage everyone to download the app and get in the habit of tracking their symptoms. Winners will win a one-night stay in one of three hotels in Providence – the Renaissance Providence Downtown Hotel, the Dean Hotel, or Hotel Providence. To win, you have to download the app and complete your symptom diary for seven days in a row. The state Commerce Department will provide more details via social media Friday.

In response to the possibility of the U.S. Congress not providing funding for the state, Raimondo said she’s been talking to House and Senate leadership and plans to wait a few more weeks to see if they do anything before the election.

“I think it’s safe to say that if Congress doesn’t do something in the next month, they’re not doing anything by the election,” she said. “If they don’t, we’re gonna have to reconvene and pass a new budget and that budget will absolutely have layoffs, will absolutely have cuts to social services, will absolutely have all the stuff we’re trying to avoid. So, what we’re doing right now is putting that on paper, if there’s no more money.”

Alexander-Scott also reported 178 employees in work settings who tested positive for the virus between Aug. 26 and Sept. 1, and 94 of those people said they worked at least one day with symptoms. For the employees who said they carpooled with others to work, almost all of their contacts also tested positive for COVID. She reiterated:  Everyone who experiences symptoms must stay home from work; and those in carpools need to wear a mask and keep the windows down.

Over Labor Day weekend, Raimondo said there was much better compliance in comparison to the Fourth of July weekend. She highlighted the increase of compliance at restaurants. However, she noted only 85 percent of businesses were giving health screenings at their entrances. She said it needed to be 100 percent.

Thursday afternoon at 3 p.m, Raimondo will be joined on her Facebook page by Dr. Jim McDonald, chief administrative officer for the Dept, of Health, and Barbara Cottam, chair of the Board of Education, to answer questions from students about returning to school.