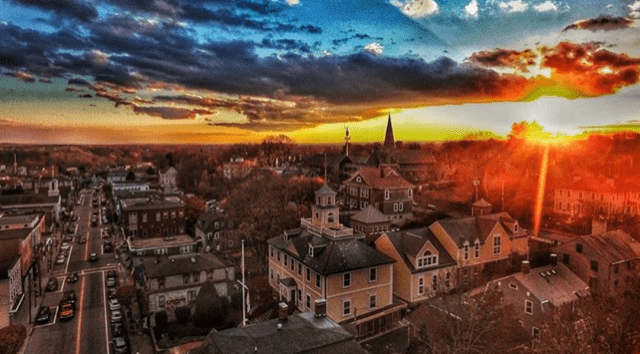 The number of Rhode Islanders with COVID-19 grew to 33 Wednesday, up from 23 Tuesday, Gov. Gina Raimondo announced at her daily press conference.

“We’re not even a little surprised” by the jump, Raimondo said. “There will be more cases. There’s nothing we can do to stop it dead in its tracks. Everything we’re doing is to try to slow the rate of growth.”

The state Dept. of Health has decided against sharing the home town (or county) of the people who have tested positive, something that is happening in other cities and states around the country. The reason, according to RIDOH spokesman Joseph Wendelken, is to protect patient confidentiality. The information is only given to the person who was tested and to the people that person may have been in contact with.

“City and town data may be published at some point, but right now our numbers are too small,” he said. “We wouldn’t release any data for a city or town that was smaller than five.”

In East Greenwich, there are no known positives* but there have been at least two possible cases but both ended up testing negative. The first was the sibling of a Meadowbrook student way back in February. The second was just this week, when a high school student sick with fever and breathing problems was tested. That test came back negative Wednesday.

While the negative test was a relief, the mother of the student (who asked to remain anonymous) said the whole experience of having the test done showcased a haphazard approach to diagnosing COVID-19 in Rhode Island, including having to wait in the cold outside the ER at Hasbro Children’s Hospital for 15 minutes while staff inside figured out where to take the teenager. Then, once in a room, confusion of just what test they were using, as well as a mistake on the teen’s ID bracelet leading to yet another confusion when it came time to get the results.

At the press conference Wednesday, RIDOH Director Dr. Nicole Alexander-Scott said the state was focusing on testing those in the prioritized group – people who have traveled to countries where the disease has been prevalent and those who have had contact with known cases. It’s unclear how many tests the state can do on a given day but the available statistics show about 1,000 people have been tested since February. Test results are coming back within about 24 hours, she said.

“There are certainly challenges in the supply chain,” said RIDOH’s Wendelken, “While we have what we need at this moment, we are working with our federal partners to ensure a more consistent flow of supplies.”

With restaurants and bars now closed, Alexander-Scott said the state was urging gyms to shut down – many of them have. But hair salons and barber shops can remain open, she said, though she asked those establishments to keep numbers down and patrons to turn around if they arrive and find a crowd.

“We are asking people to use good judgment,” she said.

ON THE LOCAL LEVEL, Town Manager Andrew Nota announced Wednesday he was easing the ban on plastic bags that was enacted in December in an effort to support the increased take-out food options.

“The Town stands fully committed in support of the Plastic Bag ban and the increased use of reusable carryout bags, although in light of the circumstances we find ourselves and the pressures being placed on local business, in maintaining operations and in supplying our local community with prepared food and other needed products, this relief will support this effort, in support of the health and well-being of our community, until such time that the Emergency Declaration can be lifted in the coming months.  At that time, the full force and effect of this Ordinance will again be in place and enforced.”

Nota said if a business should need additional local relief, contact his office at (401) 886-8665 to discuss possible options.

He also said, based on guidance from the state, the town is researching alternative transportation options for seniors who have relied on the town’s senior bus in the past. Additional information will follow, he said.

Finally, if you are interested in following town meetings online or need to sign up for the town’s notification system (do it!), check out this page on the town’s website HERE. If you need to pay a bill, drop off an application or talk to someone at Town Hall, DPW or the Planning Department, read THIS … and call first!

*It is unknown whether or not an East Greenwich resident has tested positive for COVID-19.

EG News recognizes this is a challenging time for everyone. If you are able, consider supporting local news with a donation. Use the Donate button below or send a check to EG News, 18 Prospect St., EG, RI 02818. If you can’t donate right now but have some extra time on your hands, EG News could sure use your help. Contact [email protected] Thanks, everyone. Together we are stronger.