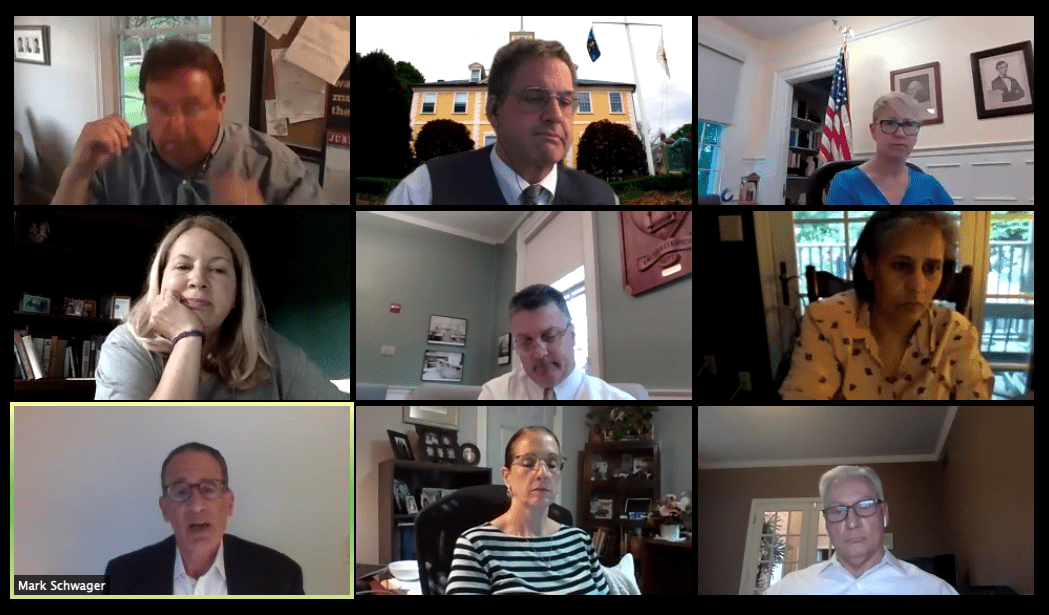 They may not have heard it Monday night, but the Town Council seems to have gotten the message – through lots of emails and comments at School Committee meetings – that the schools need more money for next year’s budget.

Town Manager Andrew Nota’s proposed budget for fiscal year 2021 (which begins July 1) would give the schools $643,000 more than the current year, but the district had asked for an increase of $1.4 million. Some of that increase was to cover union contract and state-mandated raises for staff. But it was also due to the school district’s continued growth and some unexpected expenses this year that won’t be going away next year (including an extra bus and an additional teacher).

Add to that a likely decrease in state education aid of anywhere from $300,000 to $800,000 due to COVID-19 state budget woes. Supt. Alexis Meyer has outlined potential cuts of more than $1.4 million, the most painful for students and parents – who spoke out at recent School Committee meetings – being layoffs of library media specialists, special educators, the senior project coordinator, and a high school chorus teacher. Those layoffs would save around $400,000.

For most members of the Town Council – who campaigned two years ago on restoring adequate school funding – this seemed like too much, even during a global pandemic and the resulting economic calamity.

“I would like to see us give more money to schools,” said Councilor Mike Zarrella. He suggested trying to find another $250,000 on the town side to give to the schools, perhaps by raising taxes a bit more. “As much as I don’t want to raise taxes this year, even more so I don’t want to shortchange the schools,” he said.

“I agree with Mike,” said Councilor Caryn Corenthal. “When we went into this, I really did not want to raise taxes because of the economic situation. However, it’s a joke, what they’re getting from the state.” Corenthal said she was convinced there was no fat in the school budget after talking with Trish Sunderland, the town’s finance director who has been acting as the schools finance director since their director left in February. Corenthal said she advocated using some of the town’s fund balance (surplus) to help the schools. ”It’s appropriate because we are in a crisis situation,” she said, drawing a distinction between this council and the previous Town Council, which voted to use $1 million of fund balance  to balance the 2019 budget.

“I feel comfortable in discussing raising the levy and coming up with a significant portion of that $400,000 to avoid layoffs,” said Councilman Mike Donegan. He asked Supt. Meyer if she could save positions if the town gave the schools an additional $250,000 or $300,000.

“I will work hard to make that happen,” said Meyer.

When Councilor Renu Englehart suggested the town needed relief too, Nota didn’t disagree (his budget calls for laying off three employees among other reductions), but he said, “At the moment, the department with the greatest potential loss in state aid is the School Department.”

“East Greenwich is identified by its excellence in education,” he said. “An investment in schools has a lot of returns for our community. I believe the East Greenwich community supports our schools.”

The council also discussed raising the commercial personal (or tangible) property rate higher as a way to offset keep the residential rate low. Last year, the council voted to have two tax rates: one for residential property owners and one for businesses. Business owners are taxed for everything inside their businesses, what’s known as tangible property. (Whoever owns the building in which the business resides pays taxes on the building, a separate thing.)

The idea, originally championed by Councilor Mike Donegan, is to raise the tangible rate on the biggest businesses, and offer an exemption to smaller businesses. On Monday night, Donegan noted that Warwick and West Warwick charge Narragansett Electric $37.46 and $36.28 respectively for its tangible property. East Greenwich, alternatively, charged $23.44 this year.

“We could reduce the burden on the majority of businesses,” he said. If we don’t charge these bigger companies more for tangibles, they are getting a discount compared to what they pay in Warwick and West Warwick, Donegan said.

The Town Council’s next meeting is Monday, June 22. They could vote on the budget at that meeting or they may hold an additional meeting June 23 or June 24.