At their meeting Monday night, the Town Council will discuss the results of a school district audit that said the schools were $1.2 million underfunded this year. They will hear from outside lawyer David Abbott, a former general counsel for the state education department (RIDE), about the Basic Education Plan (BEP), on which the audit was based.

The council will also take up whether or not to appeal the decision by Superior Court Susan McGuirl in August that said the town could not make unilateral changes to the firefighters platoon structure in the middle of a valid contract. 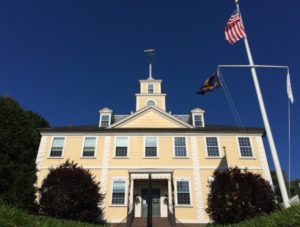 The BEP is the legal framework on which school districts in Rhode Island are built. Municipalities are supposed to provide enough funding so the schools have what’s outlined in the BEP. The EG School Committee commissioned the audit in May, after the town gave the schools half the increase they requested for the second year in a row. The results of the audit could be used if the School Committee decided to sue the town for underfunding.

David Abbott is a lawyer with Whelan, Corrente, an outside law firm already representing the town on labor issues and ethics charges against Town Manager Gayle Corrigan. According to the agenda, Abbott will discuss the BEP’s “origin and purpose” and its application to EG schools, specifically in light of the recent audit results.

The discussion on whether or not to appeal McGuirl’s recent decision will take place in executive session. The appeal process can be lengthy, with various written steps before the state Supreme Court might even hear oral arguments. Meanwhile, the firefighter contract expires in nine months, on June 30, 2018, potentially making the appeal moot.

Council President Sue Cienki said the reason to consider an appeal was because once the contract expires, if the two sides can’t agree to a new contract, they could go into arbitration. However, Rhode Island does not have “evergreen” protections for union contracts, despite recent attempts at the State House.

The Town Council meeting is held at Town Hall starting at 7 p.m.