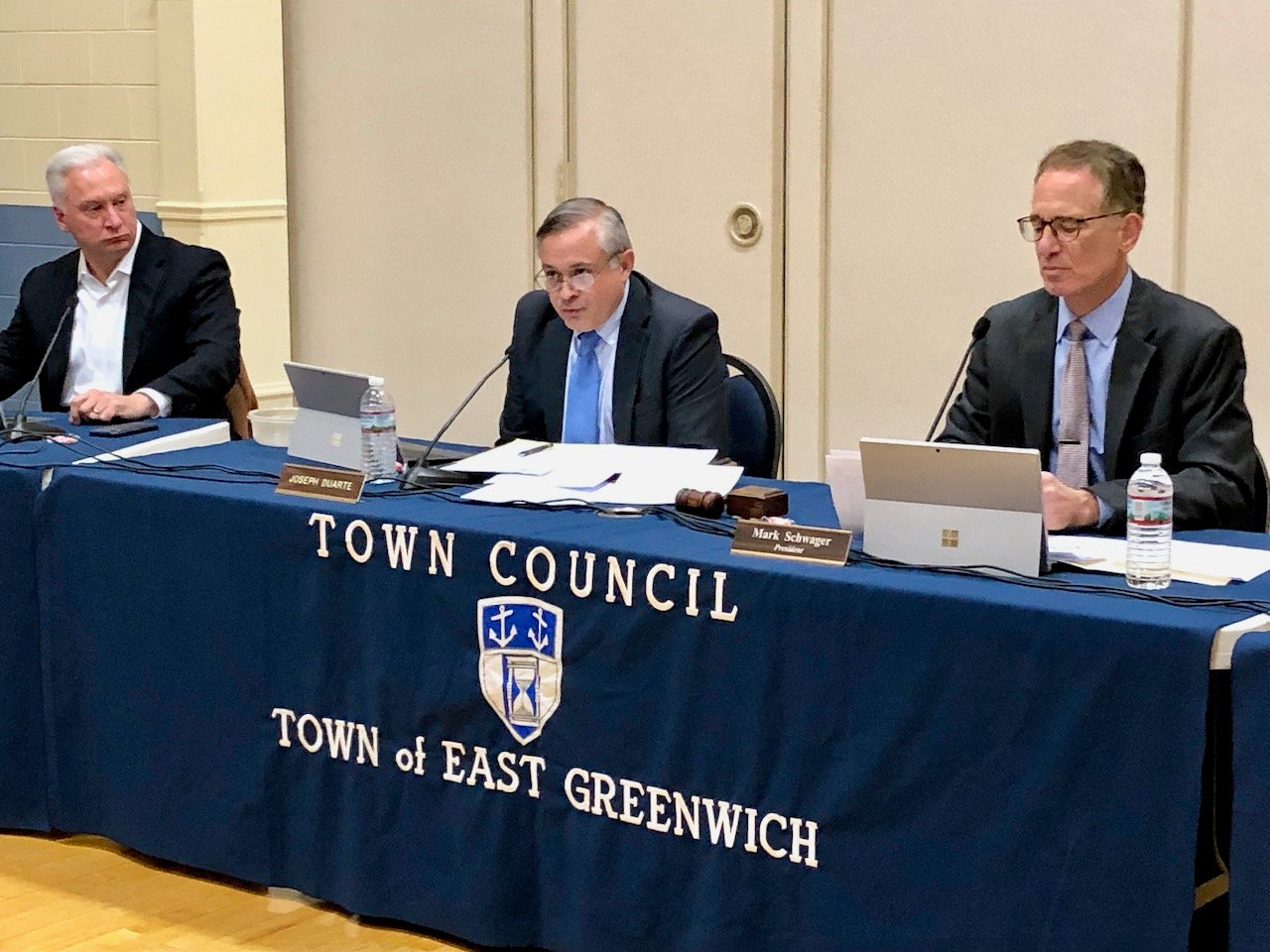 Above: Interim Town Manager Joe Duarte talks about how town employees are helping out during this transition.

The Town Council voted 5-0 to form an ad hoc committee to search for a new fire chief, during a special session Wednesday. East Greenwich has been without a permanent fire chief for more than a year, when the previous Town Council approved former Town Manager Gayle Corrigan’s decision to fire Chief Russ McGillivray.

As envisioned by Council President Mark Schwager, the ad hoc committee would include town officials and North Kingstown Fire Chief Scott Kettelle to perform an in-house search for a new fire chief. Interim Town Manager Joe Duarte said he was already looking to other municipalities for some guidance.

This marks a change from how the previous council had been handling the fire chief’s position. Since November 2017, the town had two interim fire chiefs, Chris Olsen from New Hampshire until January and, until last week, Kevin Robinson from Massachusetts. (Capt. Thomas Mears was named acting fire chief at a meeting last Saturday.) 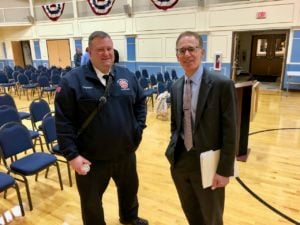 Robinson and Olsen were both recruited through Municipal Resources Inc., a search firm out of New Hampshire. The town signed two contracts with MRI in October 2017 – one for the interim chiefs, totalling $7,600, and a second, to conduct a search for a permanent fire chief, for a total of $16,800, to be paid in three $5,600 installments. The town has paid the first installment. Work laid out in that second contract was to be completed last June but the fire chief search was never initiated. Corrigan only sent MRI a completed job description for the position last week, on Nov. 29, two days before she was dismissed.

The Town Council asked Town Solicitor Andy Teitz to contact MRI immediately to tell them to cease work on the fire chief search and to negotiate an end to that contract. Teitz said because the search had not been done and because the work was supposed to have been completed last June, he felt there was ample cause to end the contract.

In addition to the money paid for finding the interim chiefs and the permanent search, the town paid MRI for Robinson and Olsen’s services and housing (each stayed in area hotels three to four nights a week because they lived more than an hour from East Greenwich).

At the meeting, Acting Chief Mears thanked the council for appointing him and said things were running smoothly.

Also Wednesday night, Schwager welcomed Duarte to his first meeting as acting town manager and he noted Duarte’s involvement with many projects large and small in the town over the years, including overseeing construction of the new police station and creation of Scalloptown Park from the old town dump, as well as keeping the streets plowed during a snowstorm and helping residents in times of flooding.

Duarte said he’d been getting a lot of support from town employees.

“In this time of transition, with some key positions unfilled, everybody has stepped up to the plate,” he said. He mentioned that Kristen Henriksen had put in her resignation Friday, the day before his appointment. He went to Town Clerk Leigh Carney, who had earlier in her career filled that role, to ask her for some advice. Carney, he said, offered to take on some of those duties during the transition.

“This is the kind of response I’ve been getting from our department heads,” Duarte said. “At the end of the day, we will not skip a beat with the quality of the services you’ve come to expect.”

Believe in local news? Make a donation to keep it coming – click on the donate button below or send a check to EG News, 18 Prospect St, East Greenwich, RI 02818