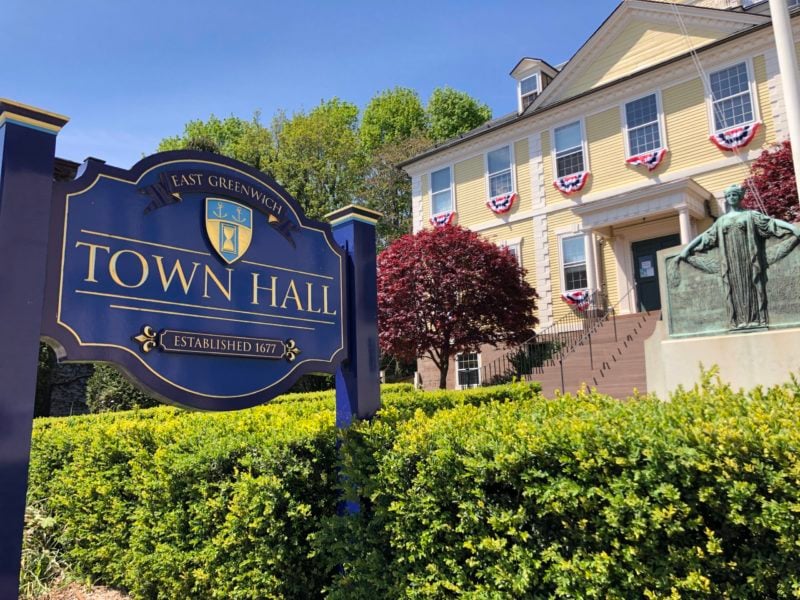 Discussions got heated at Tuesday night’s joint virtual Town Council-School Committee public hearing on the fiscal year 2022 budget. The issue: will the council ask Town Manager Andy Nota to give the schools more money to make up the difference between what they requested – $38.7 million – and what he put in his budget plan – $38.1 million? The Town Council must approve a budget by June 10 (the start of FY2022 is July 1).

There is a baked-in tension between the Town Council and the School Committee as set up by the General Assembly, since the School Committee has its own legislative mandate but all the taxing authority lies with the Town Council. The council must give enough money each year for “maintenance of effort,” so it’s not a question of the schools budget being cut year-over-year. Rather, it’s about how much additional money the schools will get, because  costs (salaries, benefits, etc.) and enrollment tend to increase over time.

Nota’s proposed budget gives the schools $684,536 in additional funding; the School Committee requested $1.2 million in additional funding . Nota has suggested the schools could close that gap by including money out of its fund balance (i.e. surplus), something the committee has done in the past, and Town Council members Tuesday seemed to support that proposal.

But School Committee members said that is an unwise practice, noting that in the past it has led to a structural deficit, and they point to greater volatility in school expenses.

Committee member Tim Munoz, chair of the school finance subcommittee, argued that it is the schools that drive the town’s high property values so it would be foolish to underfund them. And, he said there was “asymmetry” in the school and town budgeting processes. The School Committee must submit their budget request to the town by April 15, which is preceded by a series of public budget sessions. The town manager must present a budget to the Town Council by May 1. After that, the Town Council begins public discussions on the budget. This year, the public has heard some of the department budget breakdowns but the rest will be heard Monday, June 7. The council must approve a budget by June 10.

“The public has had a real chance to vet the [school] budget if they choose to,” said Munoz, noting the town did not offer the same opportunity. He suggested the two entities work more closely together in vetting budgets, by maybe tackling school facilities and town public works budgets together in February, for instance.

“It’s not late … it’s right on time,” said Town Council President Mark Schwager about the town’s budget. “The process the SC goes through … works for them. Our own method of budgeting is different from the schools’ but I think works for us and for the community.”

On Wednesday, Schwager stood by the process, noting there had been “a number of public hearings on the budget.”

Council members Mike Donegan, Caryn Corenthal, and Renu Englehart said they all were strong supporters of the schools but added the council needed to weigh the needs of the schools and all the other town departments.

“What I hope you didn’t hear tonight was us going line-by-line through the budget [Supt.] Alexis [Meyer] presented … we didn’t do that. We respected the budget you gave us,” said Donegan. “You want to have your own surplus … so you have those resources [just in case]. We’re required to be your backstop…. In a scarcity of resources, it’s really a question of where the surpluses go.”

Donegan did question whether or not the School Department should have entered into a $400,000 cleaning contract last summer, since the initial request for federal reimbursement was turned down, suggesting custodial overtime would have been more easily reimbursable.

After the meeting, Meyer talked about the decision to contract the cleaning company.

“We didn’t have the staffing nor were there any available staffing,” she said Wednesday. “We knew we needed to meet the guidelines that were articulated by the CDC and the [state] Department of Health.” She said FEMA has new guidance on reimbursements so the claim has been resubmitted. “The jury is still out on what is covered and what is not. And it continues to evolve.” 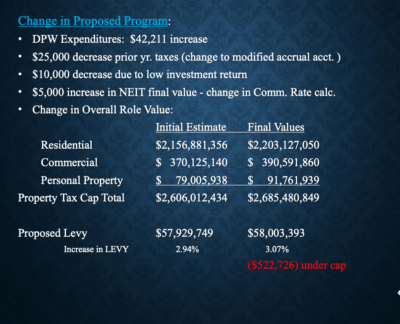 For the School Committee’s Musella, this is just the sort of conversation she wants to have and on Wednesday she said she lamented the two bodies have not had more joint sessions.

“I want us to have more discussions so that if they have qualms or misgivings about any aspect of our budget I would much rather have them raise it in a public session,” she said in an interview. “It’s not collegial and that’s what troubles me. And I’m terribly disappointed by that.” She added, “I understand that this is somehow by design an adversarial process. I don’t think it has to be.”

“This tit for tat we keep doing … I don’t think that’s beneficial. We dig in deeper and deeper. We just defend our side,” he said. “It seems like we’re enemies the way we’re talking tonight.”

On Wednesday, Schwager said this was all part of the process.

“In the budgetary process there are going to be some bumps and bruises … and I don’t think you can take it personally. It’s natural that people might get upset when people question their work. There are heated moments and then everyone takes a breath and we come back together,” he said.