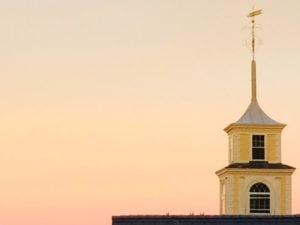 All but Lombardi are residents of East Greenwich.

Town Council President Sue Cienki said the Town Council would review the 68 resumes that have been submitted and select an unspecified number to be part of the first-round interview process. From there, the advisory committee would conduct interviews with the candidates, in person or by phone, depending on the candidate’s location.

Cienki said the advisory panel would then recommend an unspecified number of candidates to proceed to round two, where they would be interviewed by the Town Council.

“The final vote on the town manager rests with the Town Council,” Cienki said.

As an advisory board to the council, the panel will be subject to the Open Meetings Act, according to Town Solicitor David D’Agostino. That means agendas for meetings will have to be posted 48 hours in advance.

Newly appointed board member Allen Gammons said he had emailed the council to express his interest in serving after hearing they were going to name an advisory board.

“I hope I can offer a open-minded opinion as a lifelong East Greenwich resident,” he said Wednesday when asked how he could contribute. He added he hoped the panel would not become “a political thing” and that their suggestions would be taken seriously.

President Cienki declined to say Monday whether or not current Town Manager Gayle Corrigan was among the applicants. From the day Corrigan was hired, June 19, Cienki has said that her tenure in the post was temporary. In July, Corrigan said she would not rule out applying for the permanent position but that she was “too busy” to think about it at that point. Corrigan’s initial appointment to the town manager position was ruled “null and void” by Superior Court Judge Susan McGuirl in November. The Town Council reappointed her by a vote of 3-2 before a largely angry crowd of more than 500 people Nov. 20.