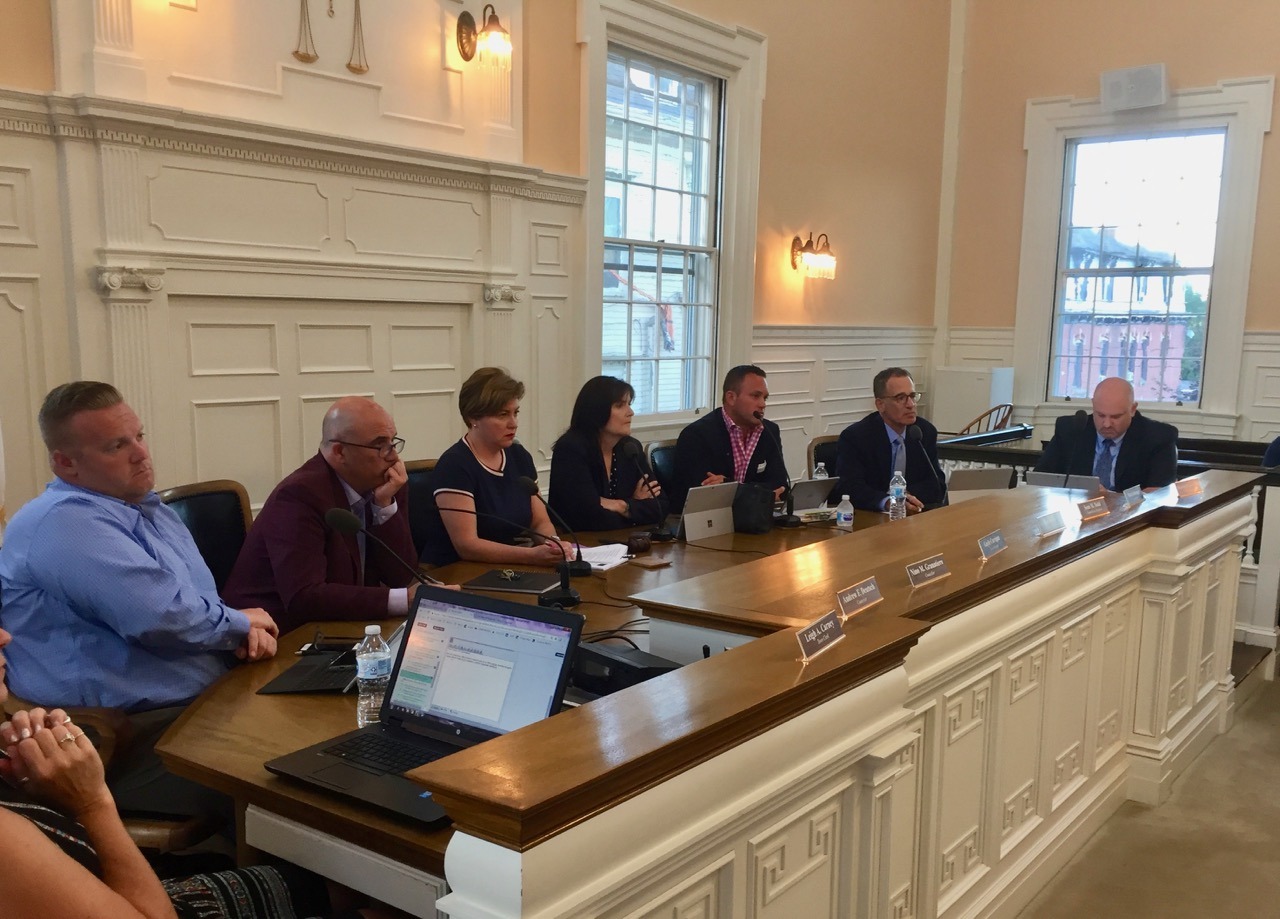 The Town Council approved using Central Coventry Fire District’s hiring list Monday night, paving the way for a first-in-the-state list sharing if the CCFD board signs off on it as well. The vote was 4-1, with Councilman Mark Schwager voting no. Meanwhile, the item calling for a vote to terminate a firefighter was tabled until the next meeting.

Interim Fire Chief Kevin Robinson said using CCFD’s list would jump start the process in hiring someone to fill a spot left by firefighter Anthony Deluca, who retired earlier this month. That’s because EGFD doesn’t have a hiring list and hasn’t had one since 2016, in violation of the firefighter contract, which stipulates “the department shall maintain an eligibility list.”

The last such list expired in June 30, 2016. In August 2016, the fire department hired six so-called lateral transfers, people who were working for another fire department, so there was no need for a list. As for why no new list was created, it’s unclear. Normally, a new list is started when the old list expires.

Deluca told officials a few months ago that he was retiring. 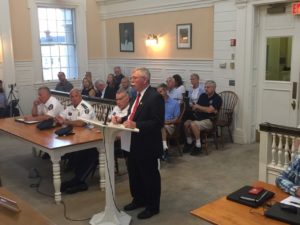 According to Chief Robinson, the qualifications for the CCFD and EGFD lists are similar so using one for the other works, even if it’s not normal practice in Rhode Island, where many fire chiefs hold their hiring lists close. But the relationship between EG and CCFD is unique because Town Manager Gayle Corrigan is the district manager for CCFD. They both also share the same solicitor, David D’Agostino.

Robinson said Monday East Greenwich did not consult with other neighboring communities about sharing their hiring lists.

The hiring list is something used by many fire and police departments. For the EGFD, a candidate for the list must be a U.S. citizen, have a valid R.I. driver’s license, and pass written, physical and swim tests. If they achieve all those, they may be granted an interview, after which point they could be put on the list. In many communities, the list expires after two years. In East Greenwich the list might be extended for a third year but never beyond that.

It’s possible that a person will try to get on multiple lists. Being on a hiring list is not a guarantee of a job, Chief Robinson said.

During public comment, resident Carla Swanson questioned the relationship between Corrigan and CCFD and asked if lists from any other communities had been considered. Robinson said they chose CCFD because their qualifications list mirrored that of East Greenwich and because of existing Corrigan’s relationship with CCFD.

As for the firefighter who was on the agenda for a termination vote, Cienki announced at the beginning of the meeting that the vote was tabled.

“The council wanted more information, additional documentation,” she said after the meeting.

Support local news – donate to East Greenwich News! Click on the Donate button below. We can’t do it without your help!