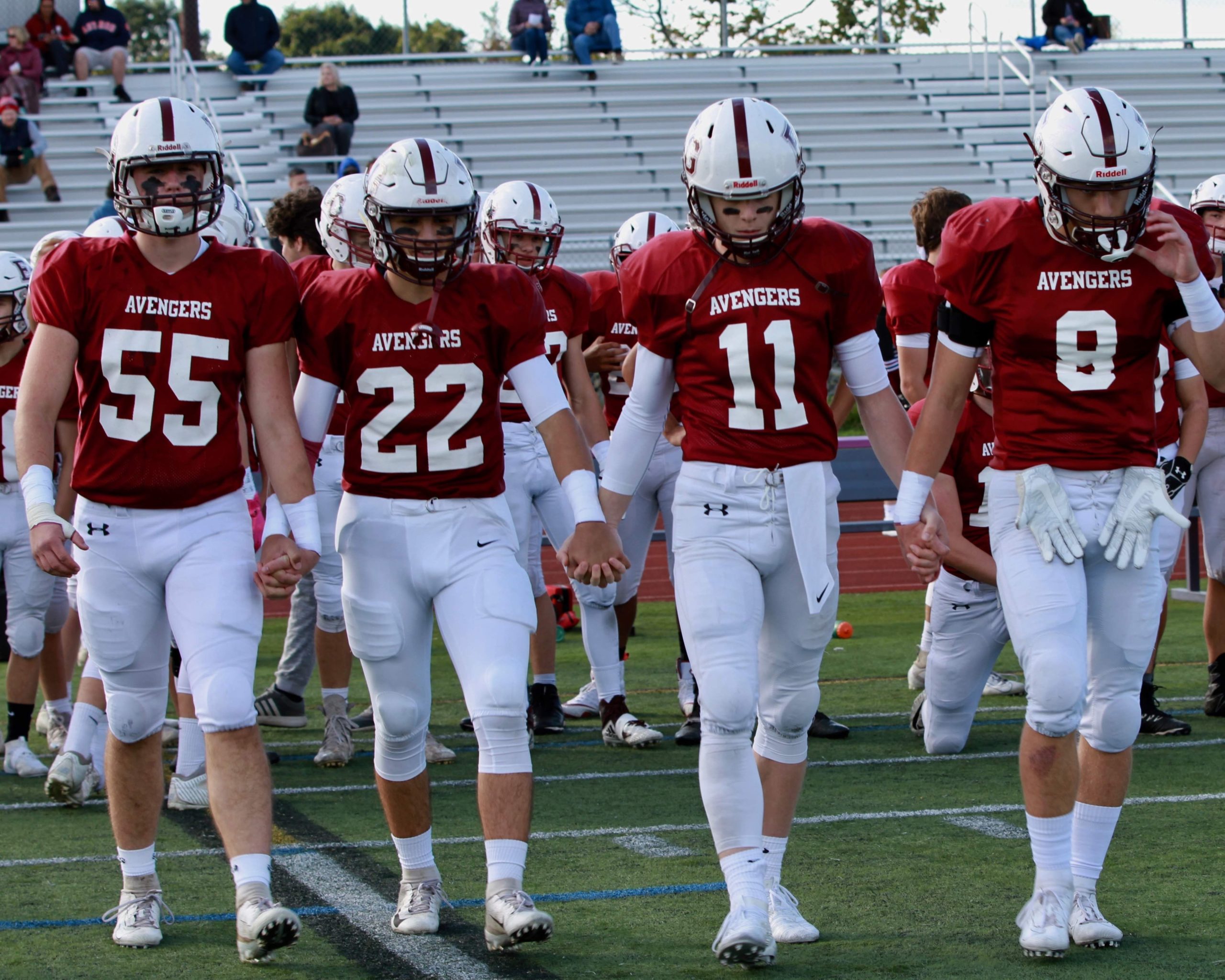 It’s been quite a run for the Licciardi family of East Greenwich. Three years ago, the family trio all played together for the Avengers. Brother Andrew helped EG win a Super Bowl in 2015. Brothers Kevin and Matthew suffered a heartbreaking loss to Woonsocket in the Super game last year.  Now Matt is hoping to put a big exclamation point on the family legacy with one last Super season. “Our goal has been a championship ever since we lost last year.”

The Super loss has been a super motivator for Matt. “All off season I focused on getting faster because I wanted some breakaway runs and I wanted to be better at chasing a running back. We lost two games to Woonsocket with a huge disadvantage in size. I didn’t want to let that happen again this season.” His motivation is evident. Matt already set the school record for tackles just four games into the season, breaking the old mark of 276. 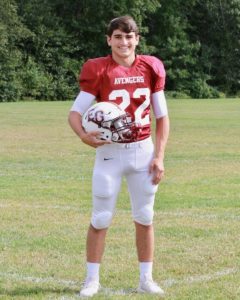 Licciardi is thankful to be healthy after playing with a broken wrist last season. “I broke my wrist in two places and displaced a bone in week four against Woonsocket. I couldn’t move it at all. Doctors said I would be out 6 to 8 weeks.”

That was not the answer Matt was looking for. “I found a doctor who wrapped it up and I played with a hand that looked like a club. I only missed one game. I would not be denied. I would not take no for an answer.”

Playing linebacker was manageable, but running back was more of a challenge. “I had a normal cast and wrapped it in foam like a gym mat. I put layers of tape on it and made sure my fingers were loose so I would have some way to grab the ball. I wrapped the tape around my thumb and all the way up my arm.” Matt’s determination paid off. When brother Kevin went down in the playoffs, the younger brother came up big with two touchdown catches in the semifinal win over Burrillville.

Losing in the Super Bowl last year has served as major motivation for Licciardi.  “Ever since we lost that game I’ve wanted to go back. We did beat Woonsocket [41 to 19 on Oct. 4] and it was a great feeling.  We wanted revenge. We’ve got to keep working toward a championship.” 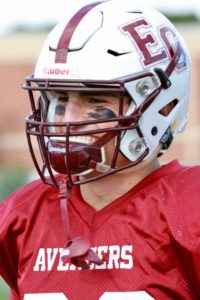 With his two older brothers in college, Matt knows what to expect on game day. “I get texts every Friday night. They tell me to let them know when the film is uploaded. I get critiques every Friday night,” he says with a laugh. In a column I wrote on the trio in 2017, Andrew told me, “Matt has a tremendous IQ of the game. He knows the ins and outs and asks a lot of questions. Come game day, he’s the most informed kid on the field. His intelligence always comes through.”

That intelligence has made Matt a natural team leader. “We are definitely a band of brothers. We are all friends. We like getting food before practice or after practice. We get along well in football and outside of football. It feels like we have something good going and we just go out there and know what to do.”

EG is one of the smallest high schools in the state and yet the Avengers are competitive every year. “We have a small school and a lot of guys who play both ways. We know what it takes to win. I give credit to our hard work and our coaching staff. Coach [John George] and his staff put in a tremendous amount of hard work. They are always prepared, and they let us know exactly what we have to do. It’s great to see they care as much as you do.”

Matt adds the team gets a huge boost from the fans.  “It’s great to see how much the students care about the team.  There is a type of pride when it comes to playing East Greenwich football.”

Matt is looking to follow his brothers in playing football in college.  Andrew played some at Syracuse. Kevin is playing at Catholic University of America in Washington D.C.  Matt says he’s interested in a few schools in the Patriot League. With a 3.6 GPA, he’ll have his choice.  He’s also has broadened his background as part of Student Council Club, Speech Club, and Student Agenda Club.

Matt looks to major in business and math in college.  His love of math has helped his game. “I’m a big stats guy when it comes to tendencies and percentages and how much they run in this formation.  When they line up in a formation, I am thinking of the possibilities of what they are going to run here. Film study serves me well.”

Licciardi says the best part of high school is now easy to identify. “Definitely playing with my brothers. That’s something most people don’t get to experience. It’s something I’ll never forget. Also, making it to the championship game my junior year and hopefully changing the result this year!”

Ken Bell spent 48 years as a sportscaster on radio and television, the last 35 as Sports Director at ABC6. He also worked as a weekend sports anchor at NBC 10 in the late ‘70’s. Ken is a member of the RI Words Unlimited Hall of Fame and was given the New England Silver Circle Award for his years in broadcasting.