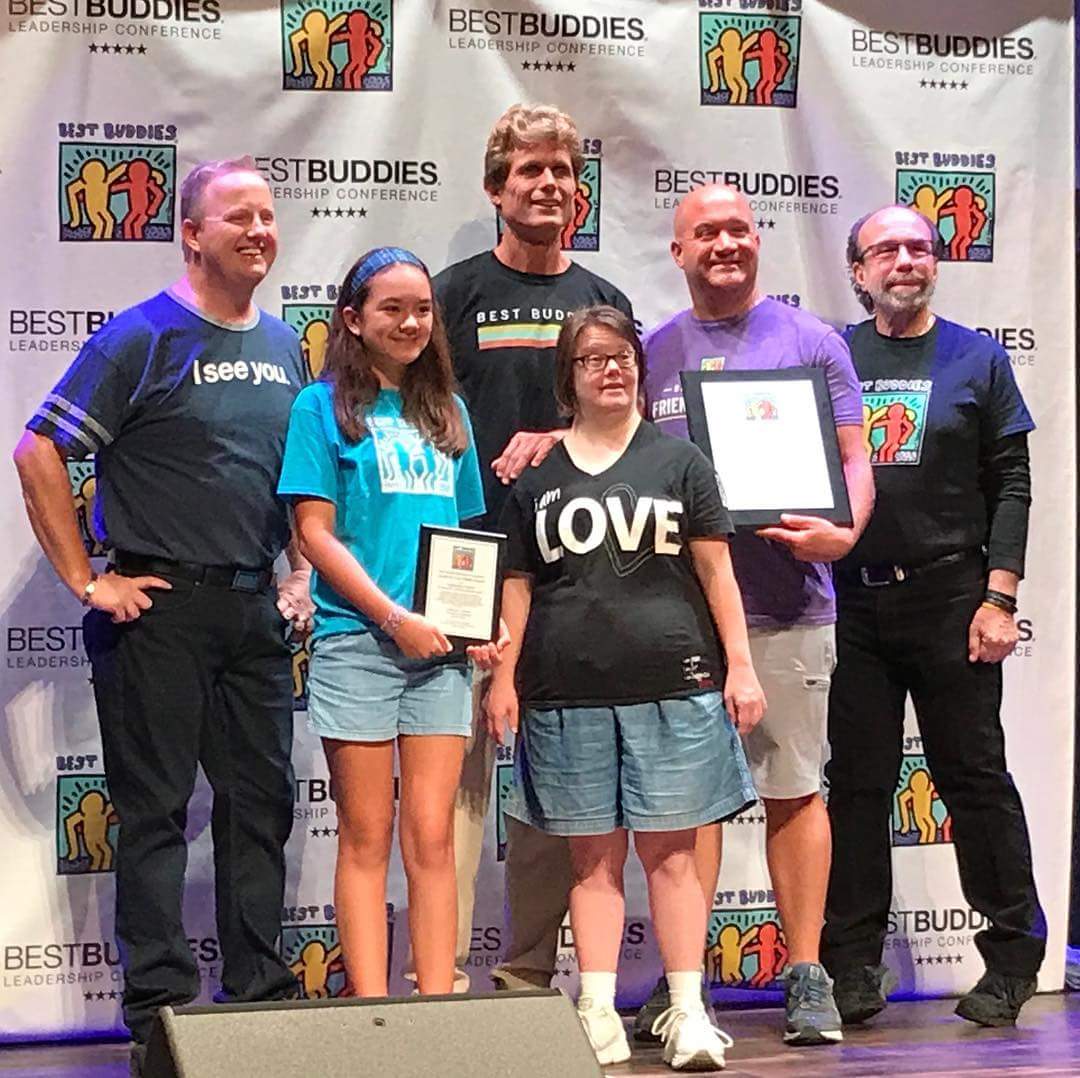 Best Buddies is a nonprofit organization dedicated to providing opportunities for one-to-one friendships between people with intellectual and developmental disabilities and their peers. At Cole, that means a whole environment of inclusion. That, according to chapter advisor Adam Scott, a science teacher at Cole.

“We’re changing the culture at Cole,” he said this week. He noted it starts from the top down, with Principal Alexis Meyer’s admonition at the end of announcements every morning, “Be kind to each other.” 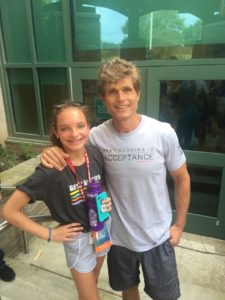 Cole Best Buddies past president Lexi Scott with Anthony Kennedy Shriver, the founder of Best Buddies, at the 2017 conference.

The Best Buddies group has taken those words and made them real. Among the things the group was recognized for is the Friendship Table in the cafeteria. Lunchtime can be stressful for those who don’t feel like they have a group to sit with. The Friendship Table is a place where everyone’s welcome. The table is usually full, said Scott.

The group also holds events, including a “Welcome Back to School Movie Night,” where students can meet each other, and a session where students make holiday cards for the kids at Hasbro Children’s Hospital. The school also has a vibrant Unified Sports program, where students with and without disabilities play together on a team.

“We have such a great group of kids,” said Allison Cazmier, 13, who is the chapter president for this upcoming year. She and Mr. Scott attended the Best Buddies national conference in Indianapolis, Ind., last weekend. They received the award during the Opening Ceremonies. Aly Cazmier and Lexi Scott, current and past presidents of the Cole Middle School Best Buddies chapter, were at the Main Street Stroll Thursday to raise awareness about Best Buddies.

“We are SO proud of Allison, Adam and all the members of Cole Middle School, who foster incredible friendships, create amazing leaders and promote inclusion within their school and entire community,” said Heidi Kalinowski, Best Buddies director for Rhode Island.

Scott said he’s really impressed with the students in the Cole group.

“It’s absolutely a positive impact they’re having,” he said.