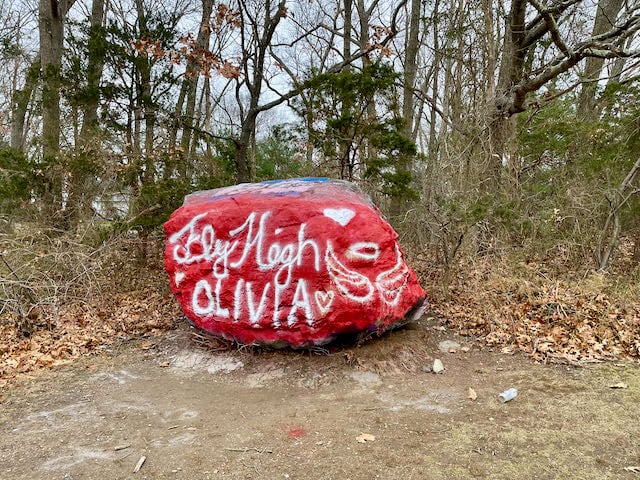 Also, the driver of the car that hit Olivia will be in court Tuesday

The Avenger Softball team will lead a candlelight vigil at the softball field at the high school Tuesday evening in honor of teammate Olivia Passaretti, who died early Jan. 1, after another driver ran into her car on Route 95 in Warwick.

“We encourage anyone who wishes to participate to arrive around 4:30, so that we may distribute candles, and begin this tribute to Olivia’s legacy after sunset,” wrote Principal Ken Hopkins in an email to families. 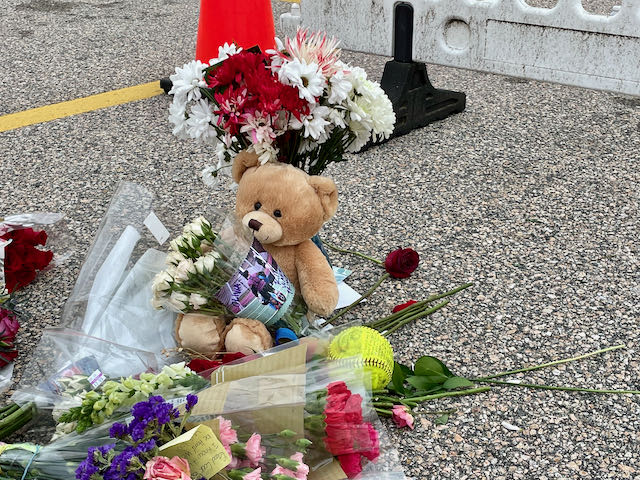 People dropped off flowers and other mementos at Olivia Passaretti’s EGHS parking space.

Before school Monday, friends and family blocked off Olivia’s parking space (#25) with traffic cones so people could leave flowers and other mementos. By the end of the school day, the space was covered with tokens of remembrance.

Passaretti’s parking space number was itself a tribute to her father, Michael, who died in 2015. His birthday was Nov. 25.

Also on Monday, students were allowed to spend time in the cafeteria with members of the guidance team and teachers were asked to keep workloads light. Administrators had opened up the school Sunday well for any students who wanted to stop by and talk.

Parking for the vigil Tuesday will be available in the faculty parking lot at the rear of the building, in the student lot in the front of the building, and at Meadowbrook (after 4 p.m.). The event is open to the community.

The driver of the car that hit Olivia’s car, Aramis Seguro, 30, was arrested Saturday and although bail was set at $10,000 (by state law, defendants in all but capital cases must be granted bail), he remains in custody because his arrest was a violation of the probation he received in 2019 for breaking-and-entering and other charges. He is due in court Tuesday on the charges from Saturday as well as for the probation violation.

Family members and friends of Olivia’s have highlighted posts on Seguro’s Facebook page from Dec. 31, where he wrote he was going to drink and drive and “see if I can f*** it up.”

“The defendant has a criminal history,” said Attorney General Peter Neronha in a statement Monday. “Notwithstanding prosecutors’ past efforts to hold him to account, like many defendants, he has cycled in and out of the criminal justice system for many years, going back over a decade.With that in mind, we are focused on this case and securing justice for Olivia and her family.”

Parades Are a Passion for Jim Essex, This Year’s Grand Marshal