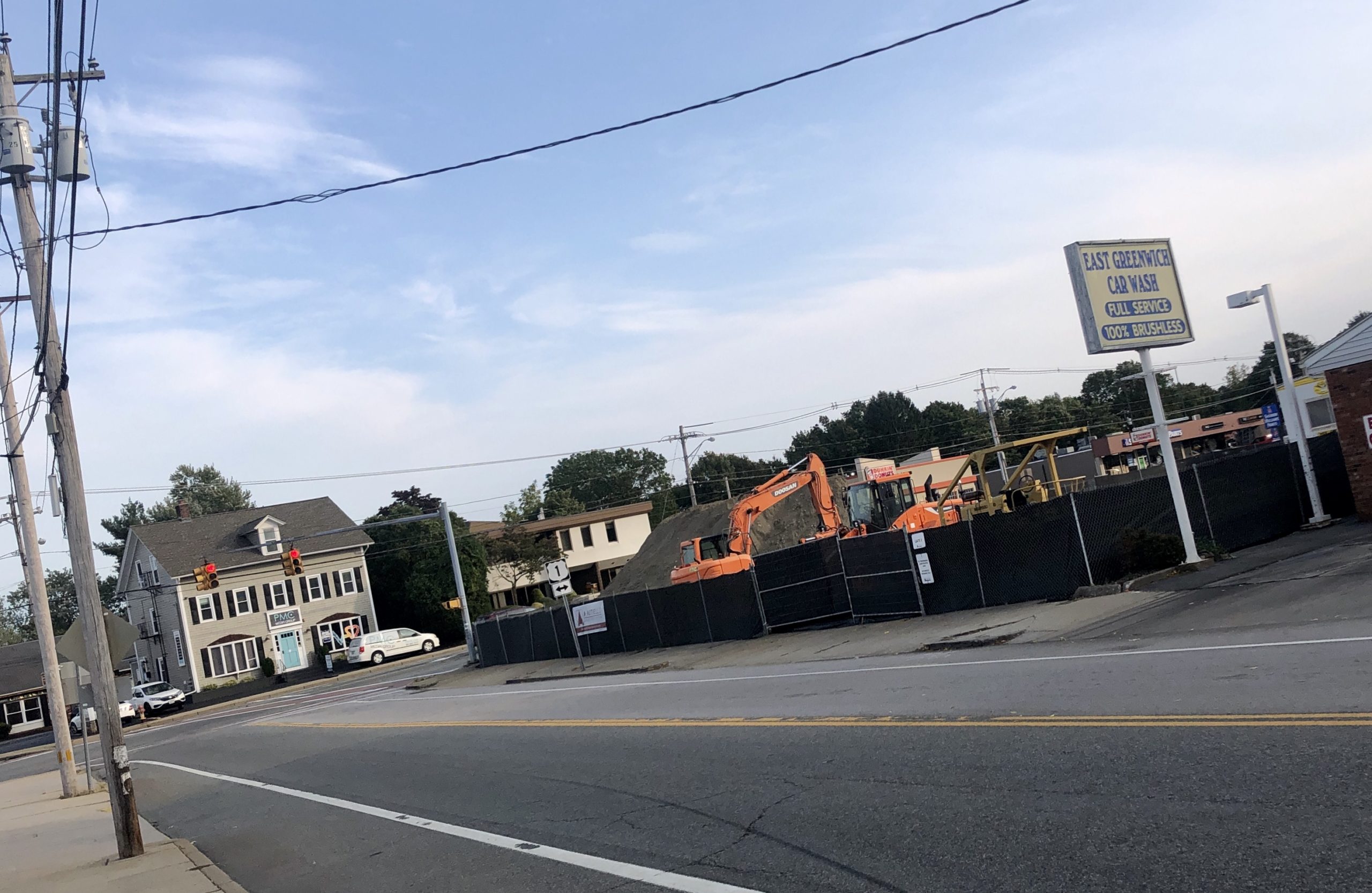 We will cut the suspense: a Washington Trust bank branch.

The Planning Board gave final approval to Washington Trust in June to build a bank at 695 Main Street, the site of a former Sunoco gas station. The new bank will have one drive through lane and entrance and exits from First Avenue (right turn only exit) and Second Avenue. The car wash that shares the small block will remain.

In the 10 years since Sunoco closed the station, the property has sat vacant and, at times, weed strewn. Early on, there was a move afoot to put a Walgreens on the site. That fell apart because of traffic concerns. The site is challenging. It’s not a huge parcel and it’s part of a busy intersection. A drug store could have provided more in-and-out traffic than the lot could bear.

In 2017, a developer proposed a mixed-use building for the site – something similar to Piazza Zarrella on the opposite corner. But that plan didn’t get very far. Since then, no serious plan was floated until Washington Trust appeared on the scene in 2019.

Site plan for the new Washington Trust branch under construction at 695 Main Street.

In other bank branch news, Chase Bank has also cleared all regulatory hurdles for its new branch at the site of Ruby Tuesdays at 1000 Division Street. Construction is imminent.

If you have 02818 business news, let us know! Send an email to [email protected].