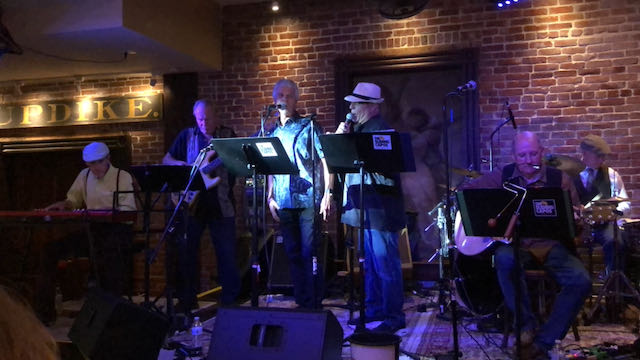 The Updike Room at the Greenwich Hotel was the place to be Wednesday night, with The Sliding Capos on stage and special guest Len Brisco singing vocals with his brother, Gary. The Brisco brothers grew up in town but have lived on separate coasts for decades – Gary lives right here in East Greenwich while Len lives in Los Angeles. But distance and years have not diminished their harmonies and obvious joy at singing together a la the Everly Brothers, who they saw at the Railroad Inn in East Greenwich when they were but knee high to a grasshopper (ok, maybe a little bigger then that!).

The meeting made a mark, which Gary recounted Wednesday night. “Brothers have a special kind of harmony,” Don Everly told them after the show. “‘Never stop singing with your brother.’ Well, 55 years later, we’re still singing,” said Gary.

For his full story, see the video, below.

There were other special moments too, including an appearance by Allison Campion, who played viola on the Everly Brothers song, “Let It Be Me.” The daughter of EG natives Pat and Lois Campion, Allison is studying music at the University of New Hampshire.

“We realized that The Brisco Brothers signature song, the Everly Brothers’ “Let it be Me,” really needed strings to be performed properly. So we called Allison,” said Hub Brennan of The Sliding Capos. “She heard the song, wrote her own charts, rehearsed once and then knocked it out of the park.

With its new stage and lighting, the Updike Room has given the Greenwich Hotel an official performance space and performers are eager to try it out. Rumor has it if you want to play on open mic night Tuesdays, get there early or you won’t get on until 11 p.m. Read more about the Updike Room’s creation HERE.

The Sliding Capos are Hub Brennan on guitar, Tom Chabot on drums, Dick Reed on keyboard, Tom T.R. Reed on bass and Gary Brisco on vocals. 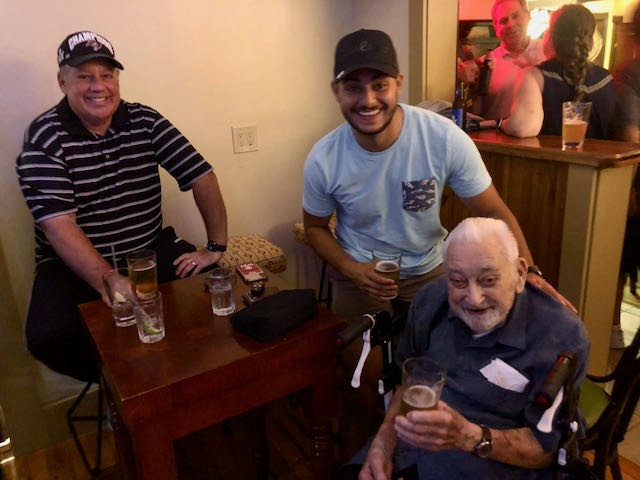 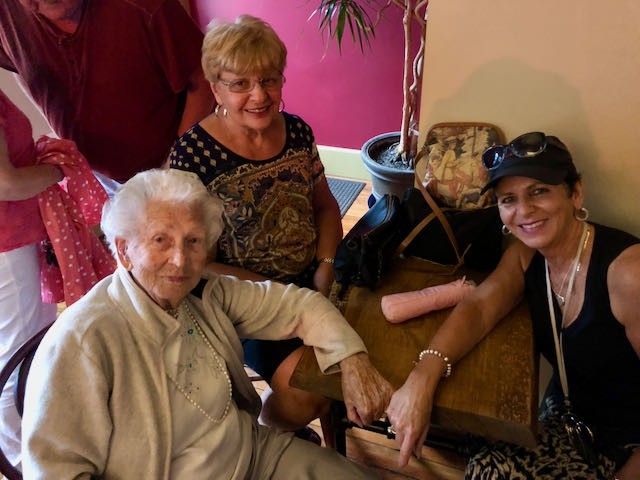 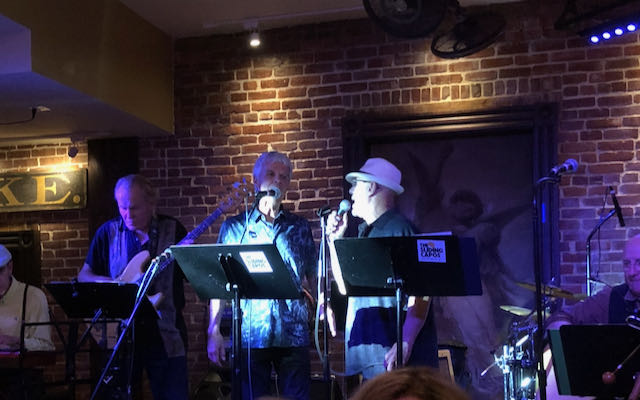 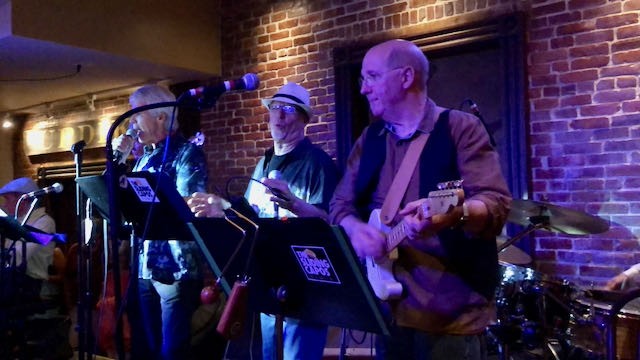 Guitarist Hub Brennan, right – the engine behind The Sliding Capos. 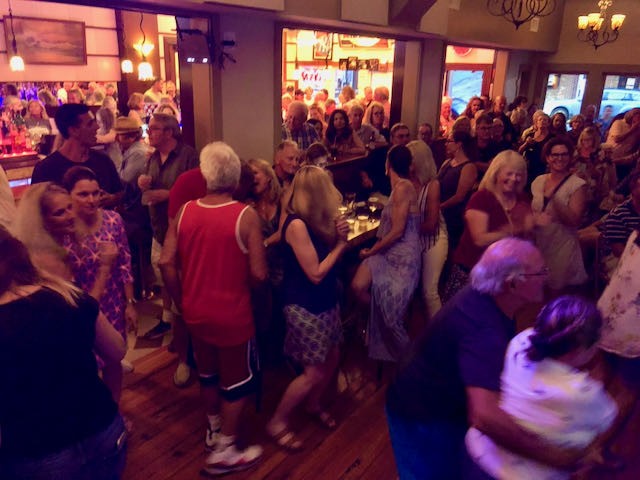 Rocking out to The Sliding Capos – the view from the Updike Room into the bar at the Greenwich Hotel Wednesday night.