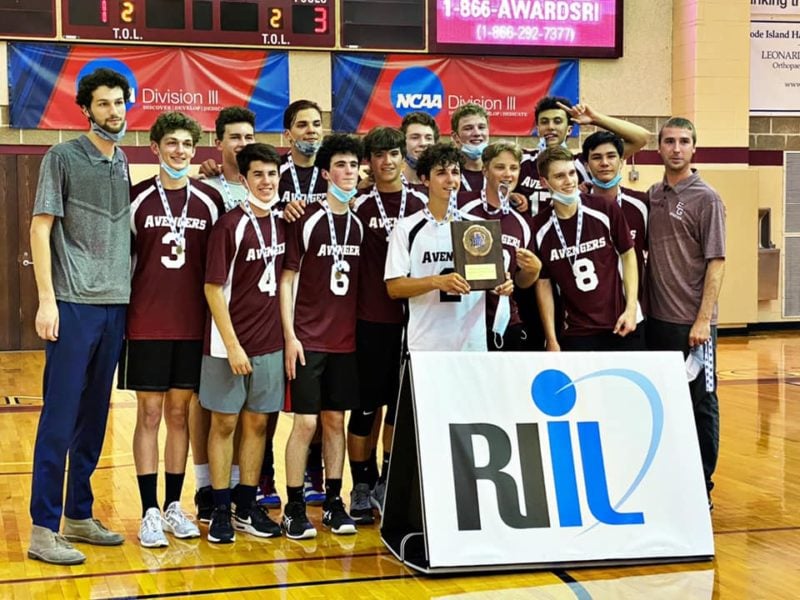 The East Greenwich Boys Volleyball team dropped the first set but then came back to win the next three and capture the Division 2 state championship over Classical, 3-1, Saturday afternoon at Rhode Island College.

“The two teams we beat to get here were the two teams we lost to in the regular season. So it was great to be able to battle back,” said Coach Justin Amaral, who credited “our energy and our serve receive.” He added, “The other big difference was we were able to shut them down at the net. They’re a great offensive team and we were able to get a ton of blocks. Will Jackson came up huge for us in the middle, holding at the net like a big wall.”

Jackson had 10 kills, 5 blocks and 2 assists in the match.

Also coming up big for the Avengers were Aydin Kocak with 7 kills and 2 blocks; Andrew Plympton with 10 kills; and Brayden Stanger with 7 kills, 2 blocks and 4 assists. Stanger also helped the Avengers with his serves, particularly early in the second set, where EG was able to gain the lead and keep it.

“To have our season cancelled last year, for these guys to come and battle back. This was amazing.” 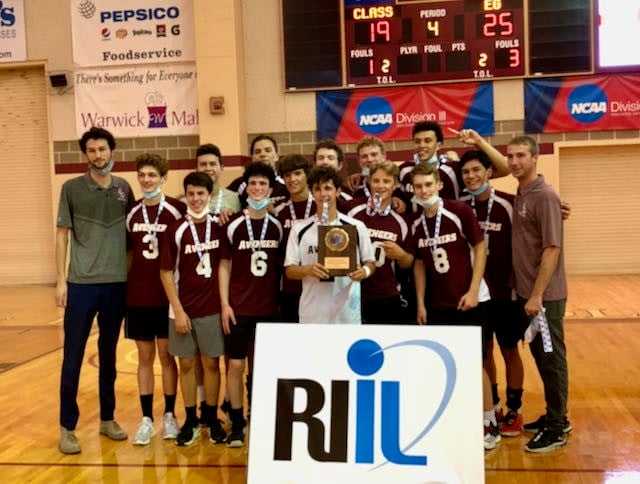 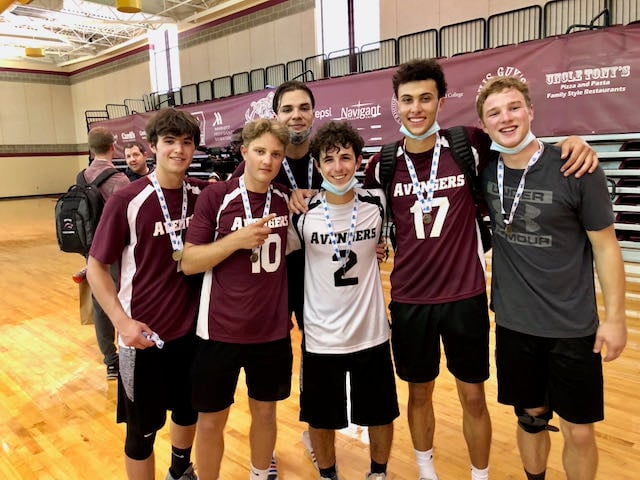 Seniors (actually, since they graduated a week ago, alumni) Will Casey, Ben Allaire, Will Herrera-Jackson, Ethan Faine, Aydin Kocak and Andrew Plympton. 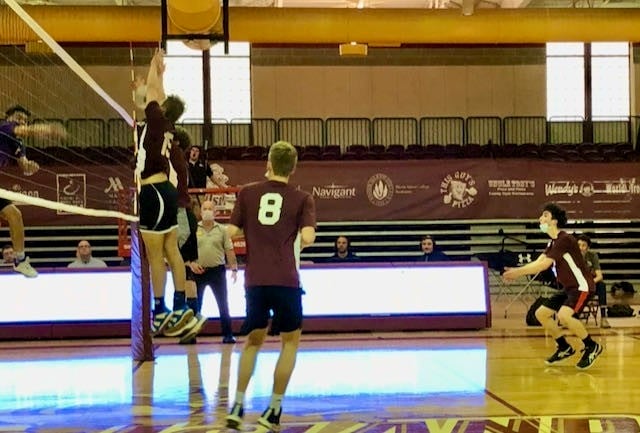 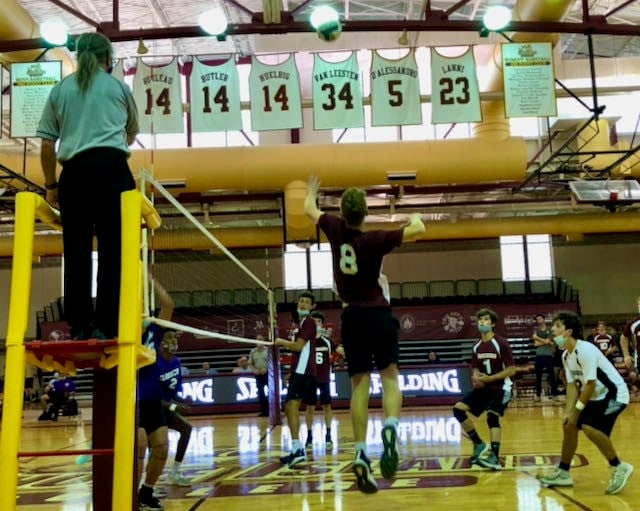 Brayden Stanger goes up for a kill. 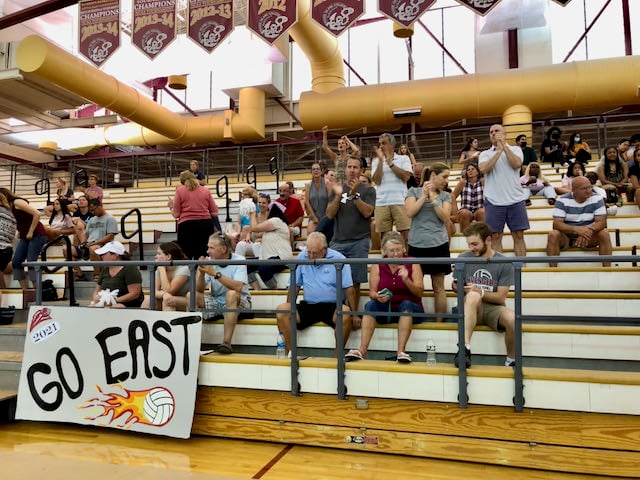 Some of the Avenger fans.