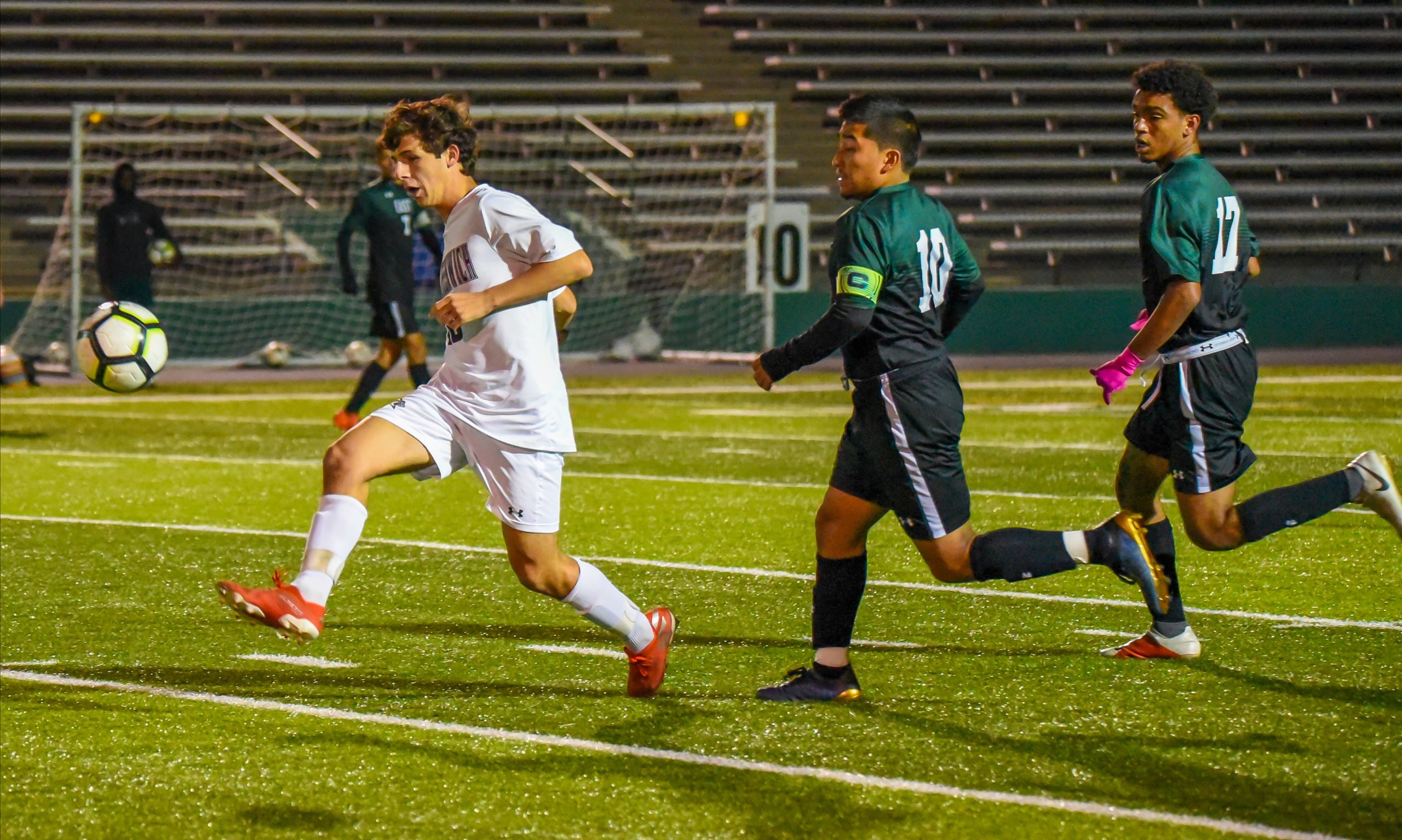 Above: Ethan Fain takes the ball up the field.

East Greenwich Boys Soccer lost to Cranston East Tuesday, 0-2, but came back Wednesday to beat Chariho, 3-2, in Division II league play. Both were away games.

In the game Tuesday, Cranston East’s Kerin Murillo scored both goals in the second half, one coming on a penalty kick. David DaSilva and Carlos Andrade had one assist each. Goalie Jorge Avila made 14 saves and earned his sixth shutout of the year.
EG and Chariho were tied into the second half, when the Avengers scored on a penalty kick and held on for the win. Andrew Mega, Ethan Fain, and Sepehr Raissi each scored goals for EG, with assists from Steve Timperley and Olin Thompson. Dylan Jessop scored both Charger goals on penalty kicks.
The Avengers next game is at home versus Burrillville, Saturday, Oct. 19, at 1 p.m.

You can download photos from this game and a number of other sports at chuckn.com.