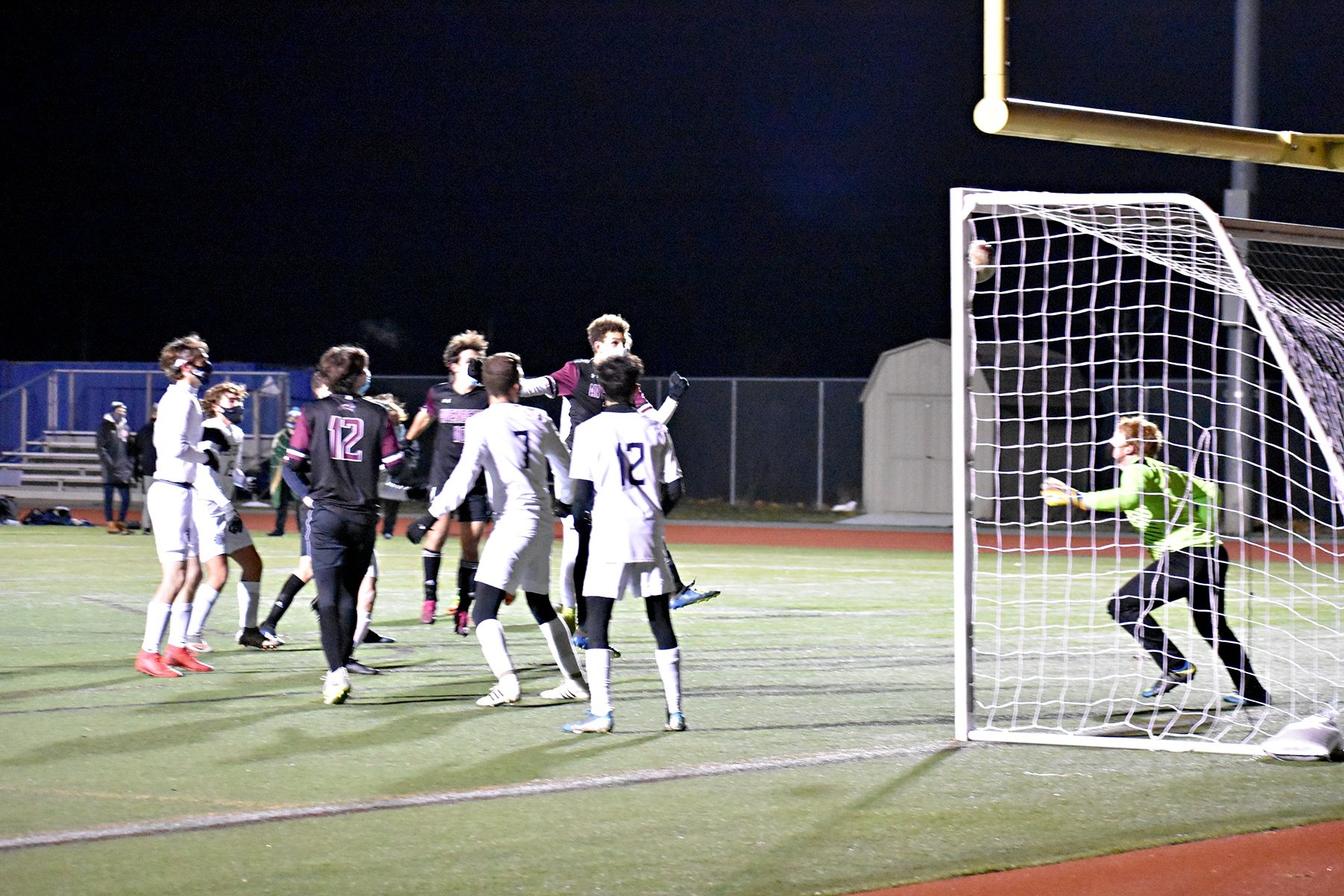 Above: Max Matkasyan’s header into the goal off Stephen Timperley’s corner kick put EG on the scoreboard and ahead during the semi-finals Wednesday. Photos by Dana Gee

This was always the plan – to make the state final. And, Wednesday night, with the temperatures in the 30s, the EG Boys Soccer team did just that in beating Westerly 2-0. On Saturday, they play Mount Hope for the DII state championship.

The Avengers were largely in control for most of the game. The one big moment for Westerly in the first half was thwarted by a strong save by EG goalie Carter Andrews. Then in the second half EG found the net when Max Matkasyan headed the ball for a goal off a corner kick by Stephen Timperley.

“That’s what was what did it. That really opened it up for us,” said Aydin Kocak.

Then Andrew Mega drove for a goal with just a few minutes to play, securing the EG advantage.

“This was our goal, to make the final,” said Coach Pat McGuirl. Acknowledging the pandemic, he said, “We’re lucky that we played with everything that’s going on. We tried to do everything, to follow the rules. We stayed spread apart. We have a lot of seniors so I’m happy for them.”

They have 13 seniors in fact. For them, this is a culmination of a long journey.

As Andrews said, “Most of us have been playing together since U-6. It’s unreal right now.”

EG will face Mount Hope on Saturday at 3 p.m. at Johnston High School. Spectators will be limited to family members.

Aydin Kocak rises above the rest.

Early save by Carter Andrews.