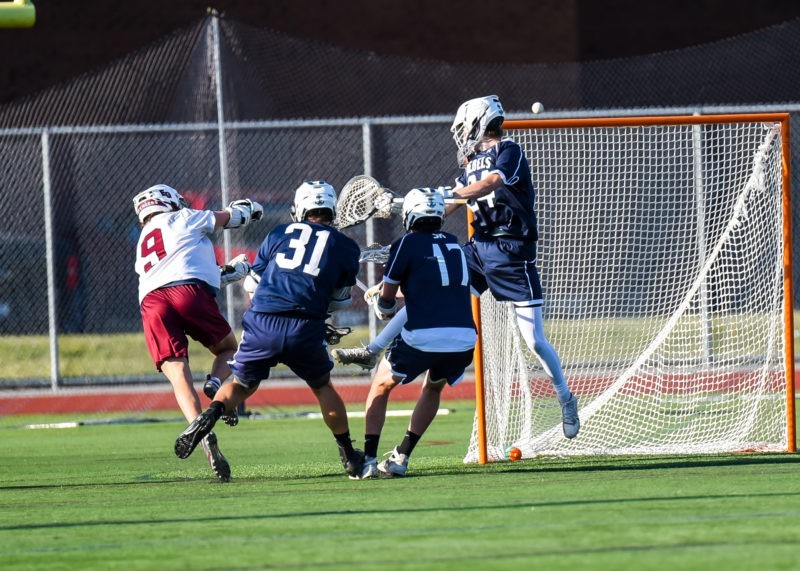 Above: EG’s #9, Matt McKenzie going for the goal. McKenzie scored 5 for the Avengers.

The Boys Lacrosse team is facing North Kingstown in the state D2 final Saturday after a nail-biting overtime semifinal win against South Kingstown, 8-7.

Co-captain Matt McKenzie, a senior, topped the stats with 5 goals and 2 assists.

“Spencer [Halligan] played a very smart game,” Votta said. “They shut him off a lot … but he did a lot of things without the ball to really help the offense flow.”

EG went into the game with a big win against SK just last week, 16-6. But, said Votta, “that wasnt representative of the quality team they are. It’s tough to beat a team twice in a week timeframe.”

Thursday’s win proved far harder but the Avengers will meet the Skippers Saturday in what Votta said should be another close game, despite EG’s 19-9 loss to NK early in the season.

“I think we’ve developed quite a bit [since then],” he said. “We’re a different team. They’ve obviously gotten better. So we’ll see. I think it’s going to be a similar game to what it was last night – very competitive, very close. 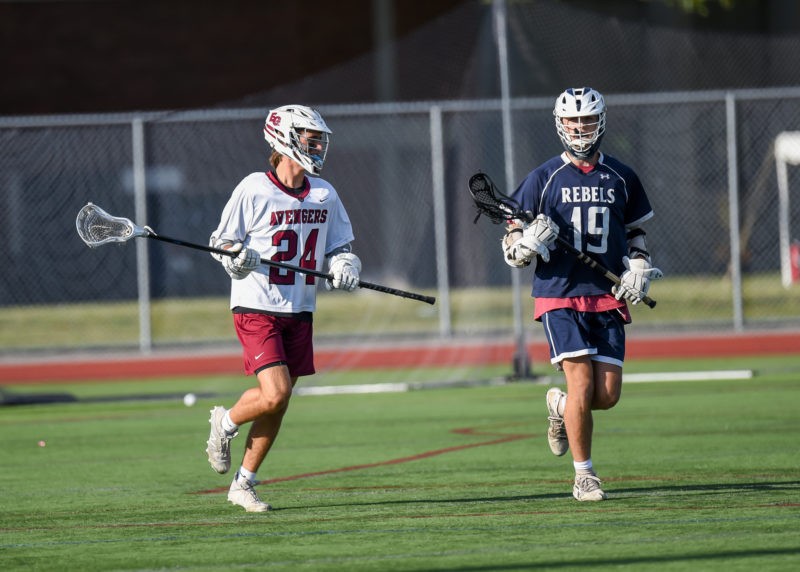 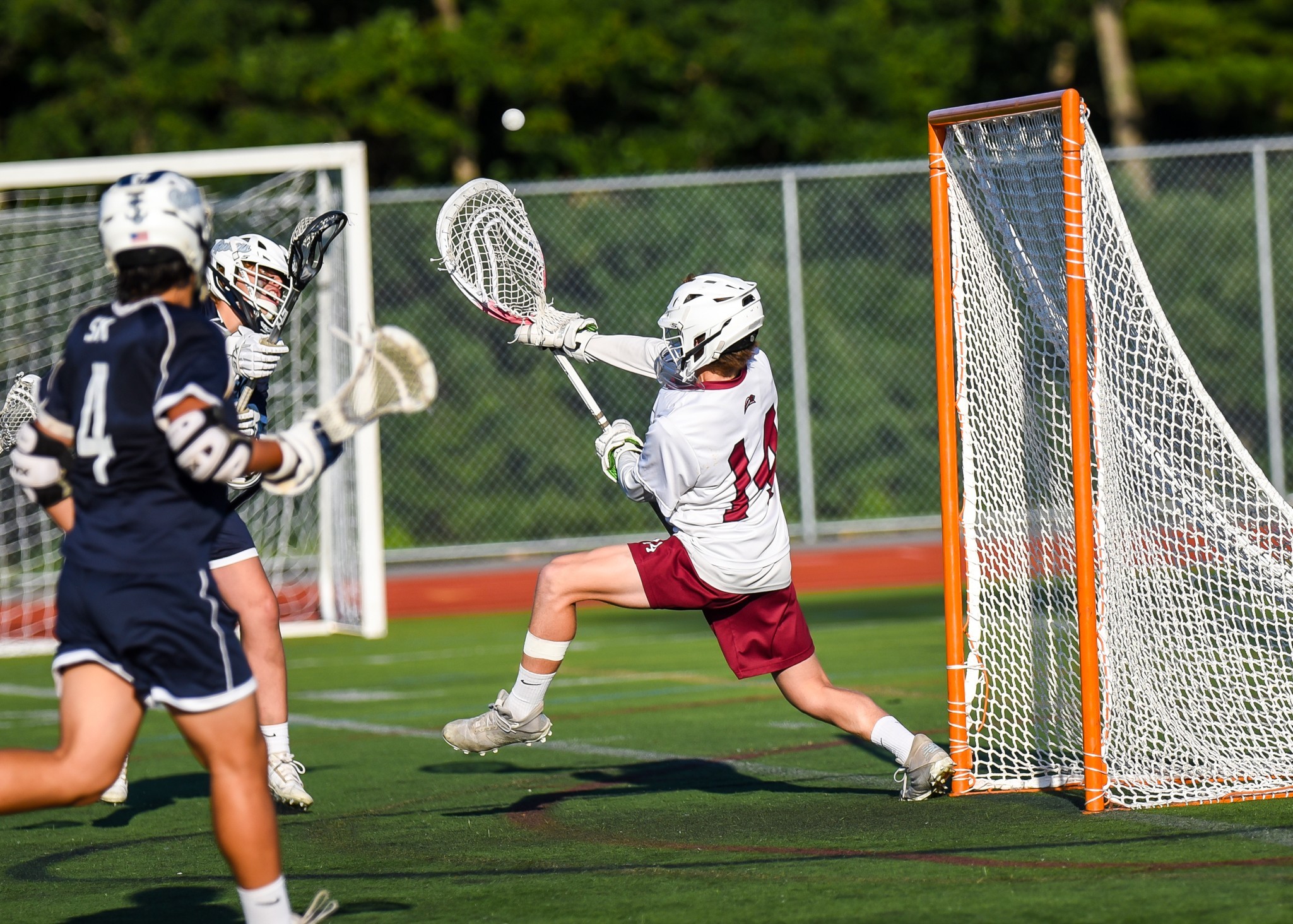 Goalie Diego Gomez going for the save. 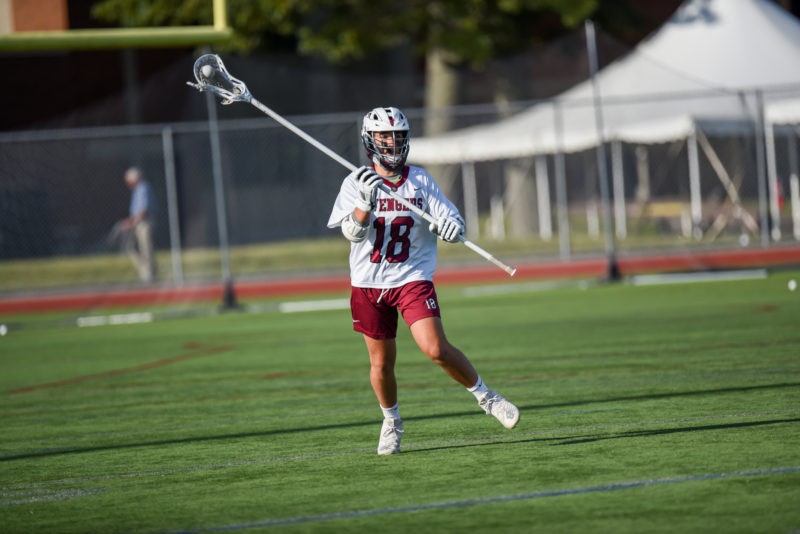 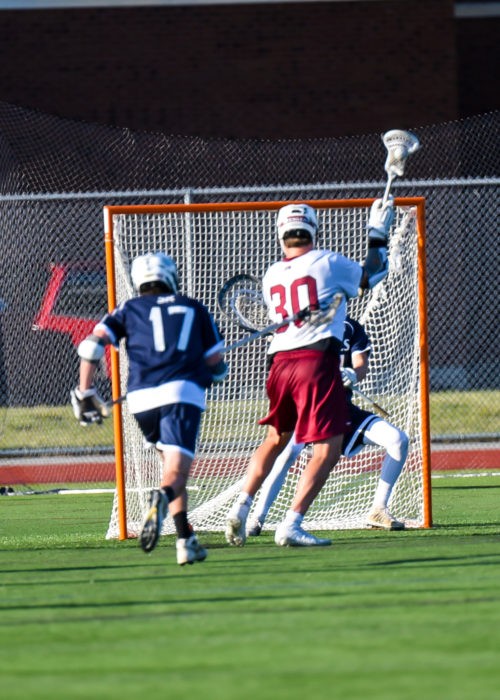 Spencer Hallagan goes for the goal.