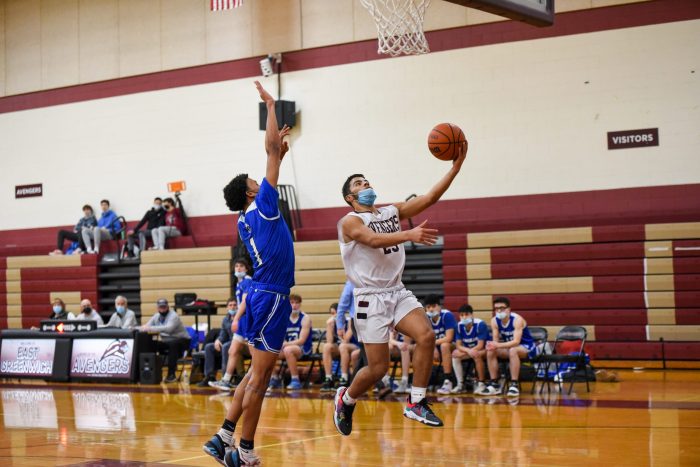 Above: Jonah Hill puts up a left hand layup against Cumberland Wednesday. Photos by Chuck Nadeau (find all his photos at chuckn.com).

The Boys Basketball team notched their first league win Monday, going 55-54 against North Kingstown. The game against Cumberland Wednesday was equally close and hard fought, but with the Clippers coming out on top in that one, 49-47.

“We got down early. North Kingstown played great. We let [Bill] Masse go crazy in the first half with five 3-pointers. He had 19 points in the first half. We just let him go crazy,” said Avenger Coach Dave Gee.

Things changed, however, in the second half.

“We settled down a little bit at half time, just doing what we needed to do. We outscored them by 12 points in the third quarter to get back in the game,” Gee said. “Then, in the fourth quarter, we held them scoreless for the last three minutes of the game. They had a 4 or 5 point lead at three minutes and we came back.”

“He had just missed two free throws but the kid’s fearless, he went right back to the rim, got fouled, stepped to the line, made two free throws and gave us the lead by one.”

Then it was just a matter of holding on to that lead.

“We played defensively, holding our breath for 18 seconds, and held on for our first league win,” said Gee.

The game against Cumberland was close throughout, with the Avengers up by a point at the half, 29-28. In the second half, two 3-pointers from Will Erickson opened up a lead for EG and the score was 39-32 going into the fourth quarter. But the Clippers finally found the basket again and the score tightened. With nine seconds in the game, Cumberland went ahead and EG was unable to respond.

“We just couldn’t finish plays on offense down the stretch, getting to the basket, and free throws,” said Gee. “Most importantly rebounds – we were rebounding really well against a good rebounding team until the very end. We just couldn’t get the ball back. That was really the big thing.”

The Boys team moved into D1 this year for perhaps the first time ever but lost their entire starting line to graduation last year.

The Avengers have 10 more games in the regular season; they need to win at least 4 to qualify for the playoffs. They play Portsmouth Friday (1/28) at home. Game time is 7 p.m. Javien David attracts a crowd under the net. 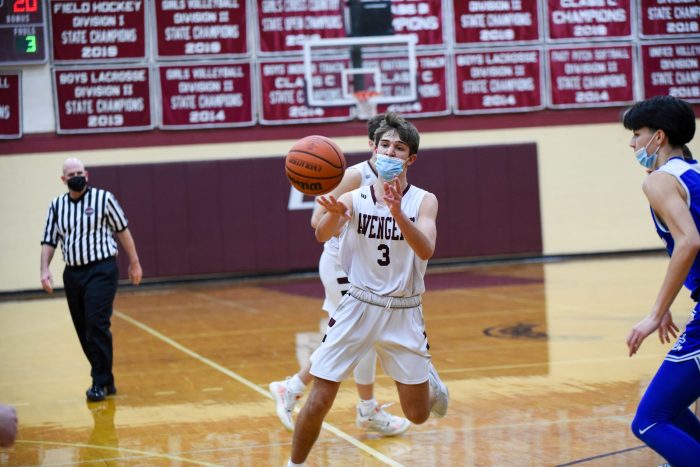 Luke Pedro takes a pass from the right. 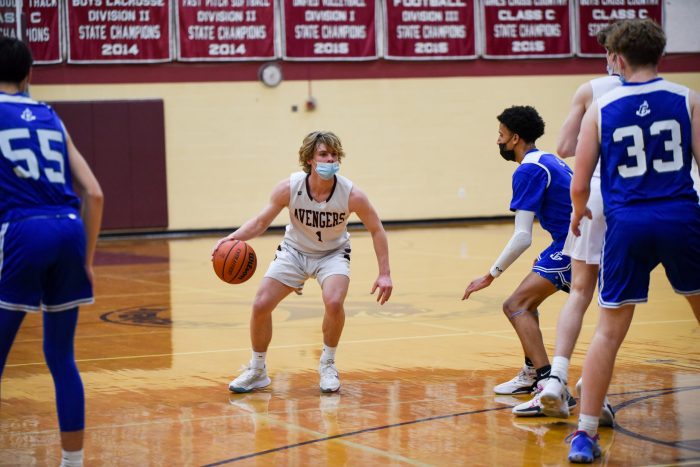 Jake Allen about to drive the key. 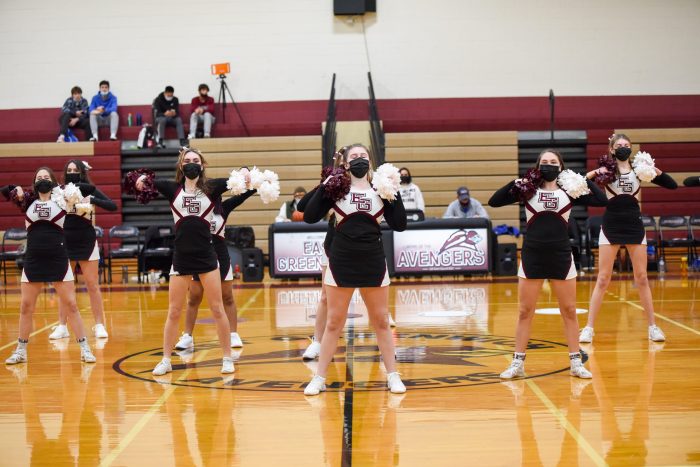 The cheerleaders take to the court during half-time. 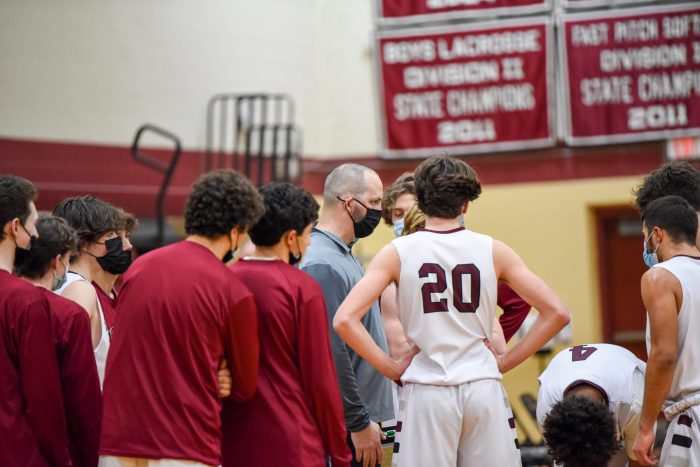