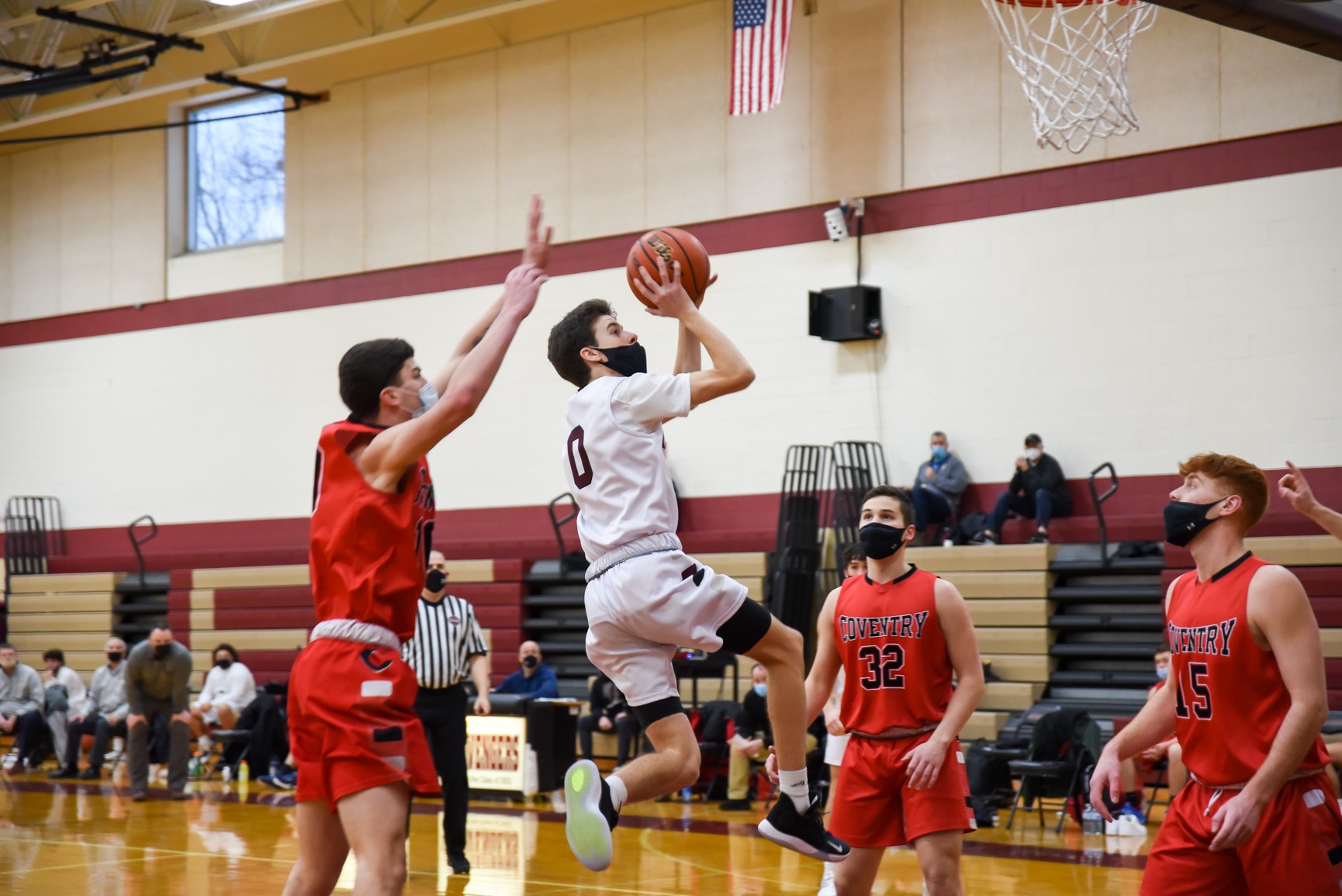 Above: Bill Foster goes in for a layup. Photos by Chuck Nadeau. Find all his photos at chuckn.com.

Both EG and Coventry came to play Thursday, and we had a good game to prove it.  With a record of 8-0 coming into this one, clearly the Avengers wanted to keep it going for their final league game of the regular season. Coventry was 4 and 4. They didn’t play like a .500 team.

The quarter scores tell the story. That story was, who wanted it more? Just looking at the game without sound, you couldn’t tell the difference. Hard fought by both teams.

See that third quarter score? It tells you there was a game going on. But after a time out and some wild hand gestures by Coach Gee (don’t forget, I had the sound down), EG came out playing full court defense. That put Coventry on their heels and the rest is now in the books.

Aydin Kocak is hit hard going up for a rebound.

Andy Plympton gets his arm in to stop Bill Begone’s layup.

Jack McMullen drives from the top of the key.

Coach’s Gee and Bowen give the talk to the players.