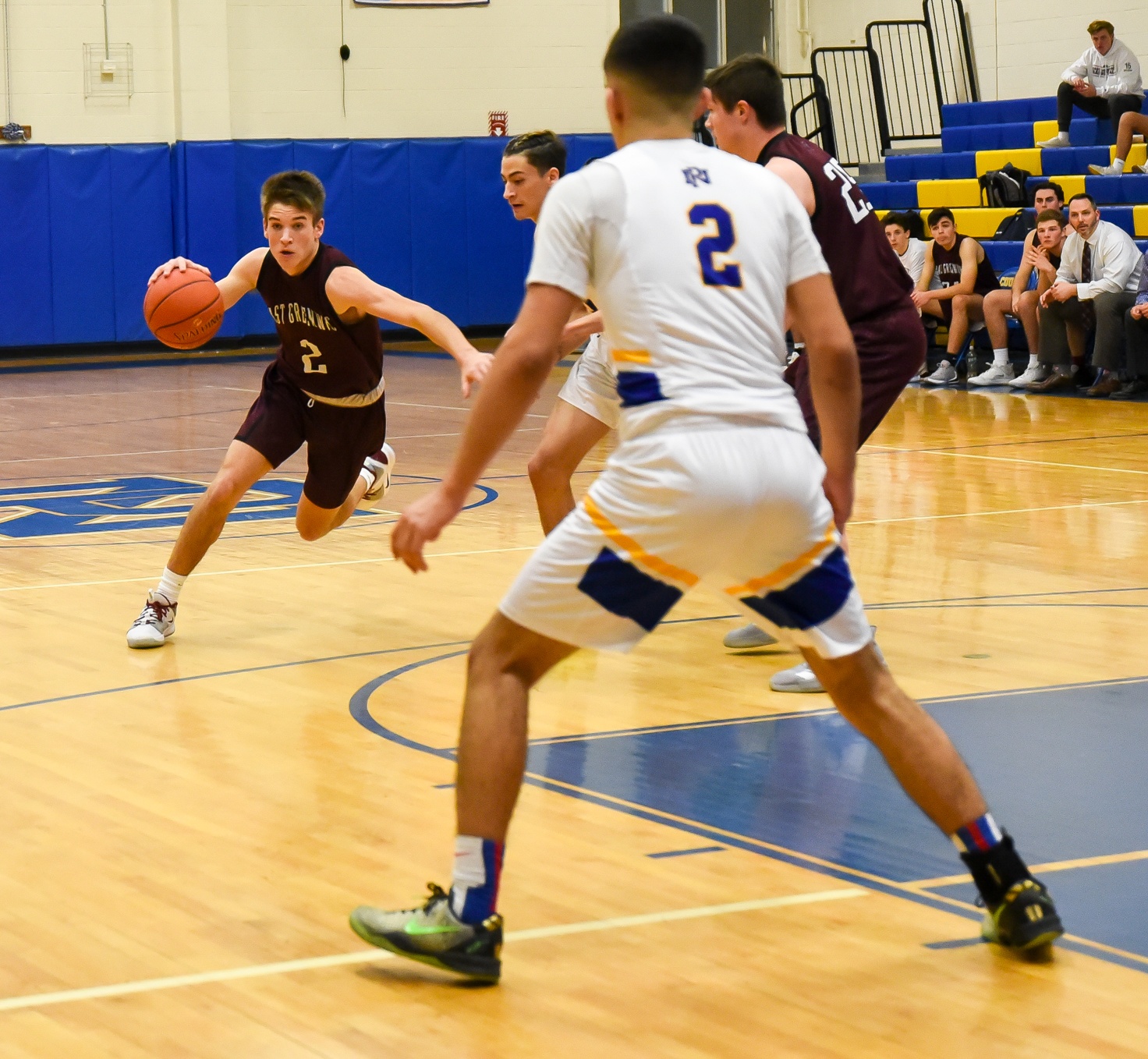 The EG Boys Basketball team improved to 4-0 in league play with a 58-52 away win over North Providence Wednesday.

After the Cougars ran up the score early in the first half, the Avengers managed to tie up the game by half-time. In the second half, East Greenwich kept up the pressure, aided by Grant Driscoll’s 19 total points.

Coach Don Bowen said Driscoll’s contribution was particularly notable because he only started practicing with the team Dec. 31. Driscoll, a senior, was coming back after breaking his collarbone playing post-season football.

The Avenger’s other high scorer in the game was junior Jack McMullen with 15 points.

Senior James Harwood scored 9 points. “James has been very consistent for us. He’s our center but he’s a very good 3-point threat for us,” said Bowen.

Bowen said the team, which won the Division 2 state championship last year in dramatic fashion, was off to an excellent start.

“We have a very good core of juniors, four seniors, and one sophomore,” he said. “Andrew Plympton, a junior, has been an outstanding defender and role player.”

Always wanted to be a sportswriter? Now’s your chance! EG News is looking for people to write about sports, all sports or just the one you happen to follow. Contact [email protected]