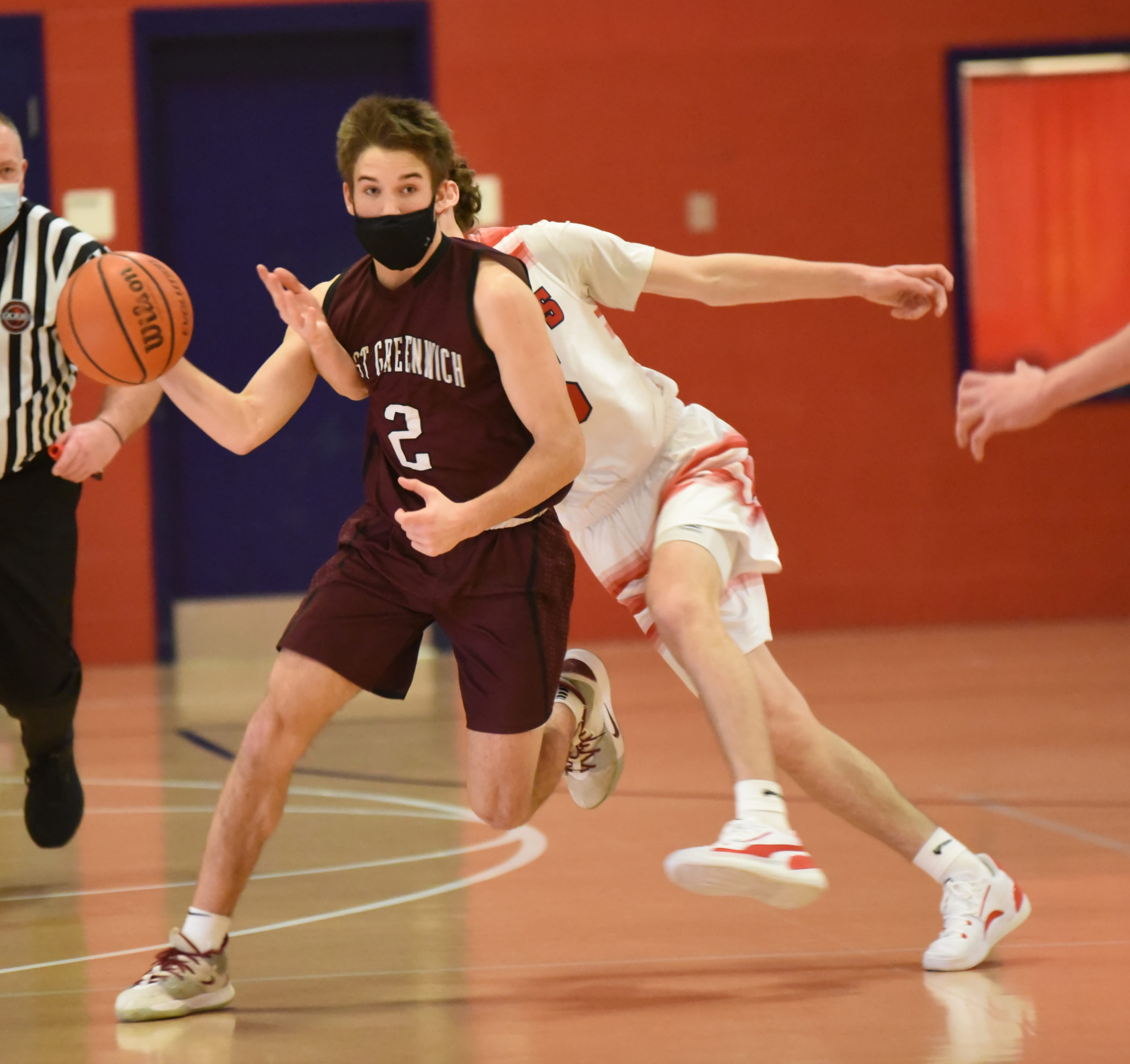 Above: Jack McMullen is intentionally fouled in final seconds of Monday’s game versus Portsmouth. Photos by Chuck Nadeau. Find all his photos at chuckn.com.

This one almost got out of hand for the Avengers. Starting out with some three pointers, they were up 21 to 5 just a few minutes into the game. By the end of the first half, the Avengers led 26 to 18. But the Patriots battled back in the second half at one point to tie the game. EG Coach Don Bowen quickly called a time out to motivate the team, and although it stayed within four points, EG held on to win 50 to 45.

Bowen said after the game that they played well even with the scare. Portsmouth is one of the better teams this year and this win – along with their 64-56 win over Pilgrim Friday – gives the Avengers a good start for the rest of this short season.

“It was a great team defensive effort holding Portsmouth to 48 points,” Bowen said.

EG has seven seniors on the team this year. When Bowen was asked what the team would look like next year, he paused, then said, “A lot of hard work.”

Next stop is Chariho on Jan. 27. That could be a special game – with Monday’s 23 points and Friday’s 35 (!) points, McMullen, a senior, is just 21 points away from scoring 1,000 high school career points, a feat only a handful of Avengers have managed.

Senior Andrew Plympton (14) reaches for the tip in.

Will Foster (1) drives the middle lane.

Senior Dan Prior (33) passes to the corner.

Senior Jack McMullen sets the play from the top of the key.

Cole Basler during a timeout.