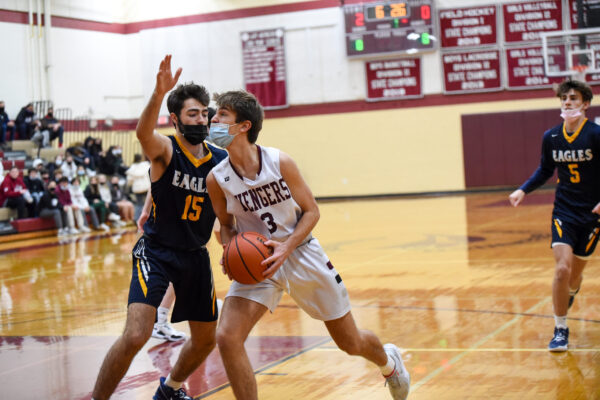 Above: Luke Pedro drives for two of his 16 points. Photos by Chuck Nadeau. Find all his photos at chuckn.com.

The EG Boys Basketball team started out Tuesday looking like the D1 team they are, especially on offense, which has been a challenge. But during the second quarter, EG’s defense struggled and Barrington was able to sink some threes and widen the point gap that wouldn’t be closed. The Eagles went on to win, 78-58.

It’s been a tough start to the season, East Greenwich’s first in Division 1, with a 0-5 record. It comes on the heels of losing eight seniors – including the entire starting lineup. But Coach Dave Gee, himself new to the head coaching job, said Wednesday it’s only a matter of time until the Avengers start putting it all together for a win.

“Against Barrington, we took care of the ball a little better. We’ve been working on that a lot,” said Gee, who was assistant coach under Don Bowen for the last couple years. Bowen retired at the end of last season.

The team was starting to find a rhythm before Christmas and notched a win against Falmouth over the break in non-division play. But then a number of players tested positive for COVID and the team had to shut down for 10 days.

“Our motto from Day 1 has been, ‘Getting better every day,’” Gee said. “The team just needs experience. The kids have played hard, they are great to coach. They just need that first league win.”

Editor’s note: The Avengers lost to Woonsocket Wednesday night, 72-61. “It was a fantastic game,” said Gee. “Got much better.” 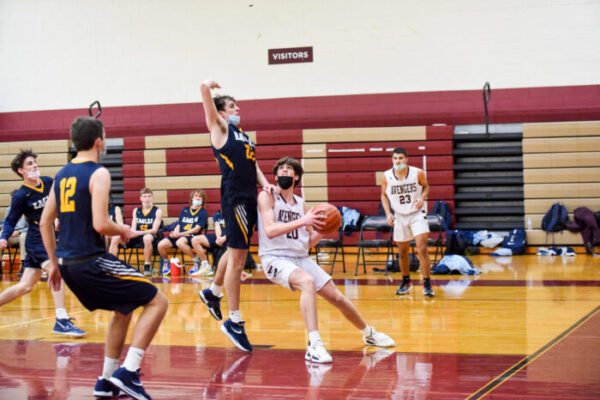 Rees Maccarone backs into a foul. 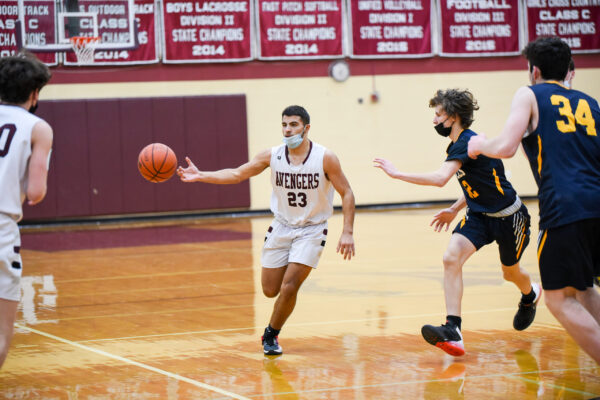 Jonah Hill Passes on the fly. 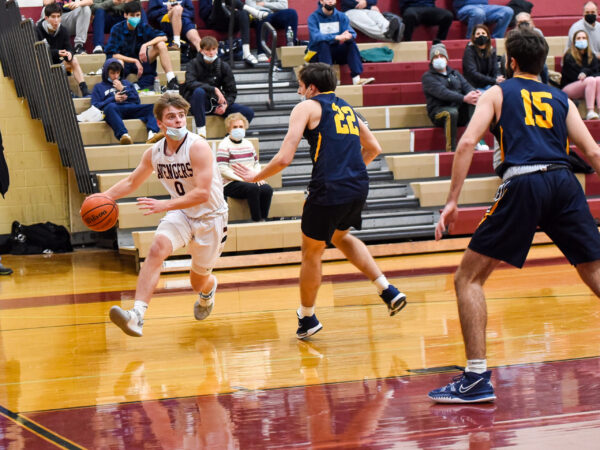 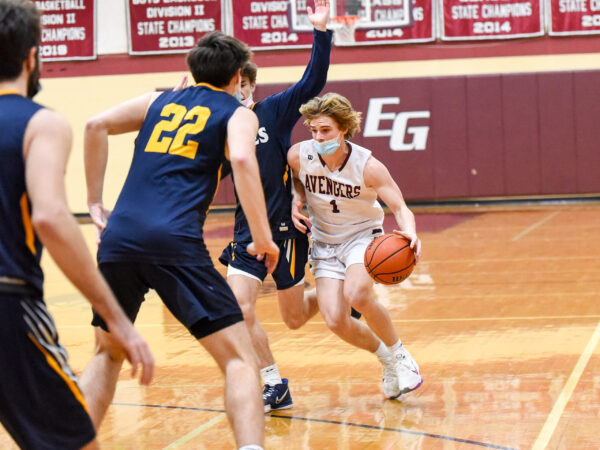 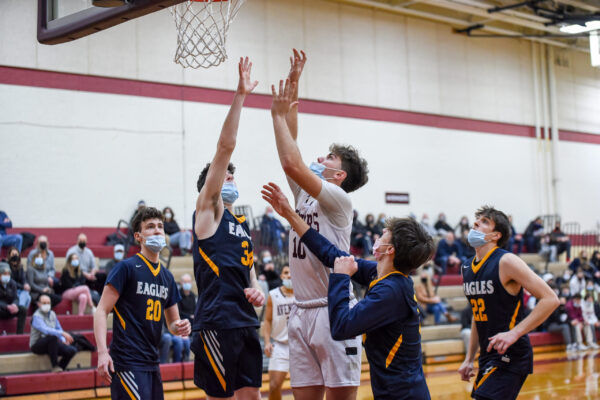 Bill Erickson puts up a layup.