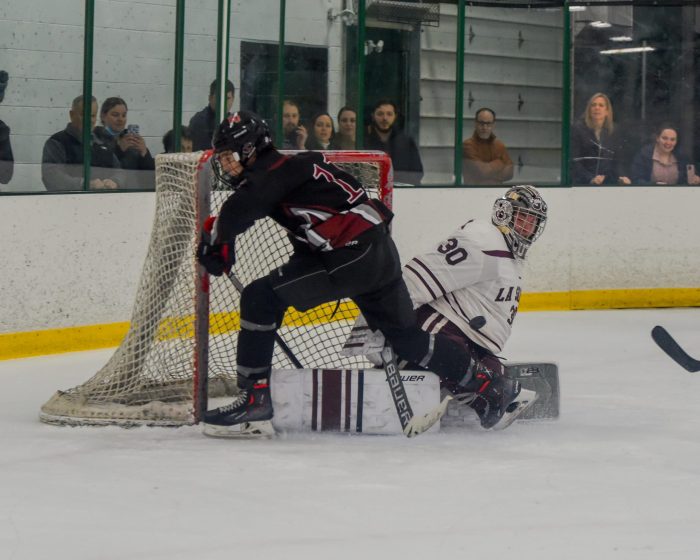 Above: EG’s Colin Walsh follows up a shot into the net. Photos by Chuck Nadeau (chuckn.com).

I knew it would be a good game when I had to park and use an Uber to get to the rink. OK, maybe not an Uber, but the lot was full as were the stands once I got inside. Students from both East Greenwich and La Salle came out to see what could be a preview of the DI Boys Hockey final.

In the end, La Salle retained its top ranking, beating EG – tied with Barrington in second place – 5 to 2, despite great playing by both teams.

Along with masks, there should have been earplugs. Throughout the night spectators for both teams tried to out-cheer each other on the Richter scale.

Now usually I would say who had the advantage at the start, but in this one, it was a tie. End-to-end action, and once the players sized each other up, the bodies started to fall… literally.

The officials seemed to want to let the boys play, but when things started to get a little too physical, they had to take control. The striped arm went up. Three minor’s in the first period, which ended with La Salle ahead 2-0. The second was a mirror of the first but with no score.

In the third, both teams came to play hockey and the scoring showed it but La Salle’s 3 goals added to the 2 earlier topped EG’s 2 goals.

For EG, Colin Walsh scored the first goal on a pass from Cam Gaffney, then Gaffney scored on a shot fro the left boards assisted by Walsh. EG had 22 shots on goal to La Salle’s 22.

“It was a good game,” said EG Coach Don Dunwoody. “They are good, as good as we are. I’d like to see them one more time in the playoffs.” 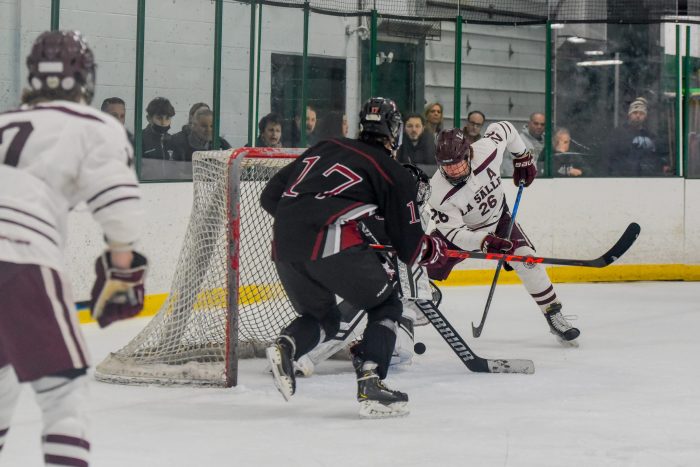 Goalie Cole Barron makes a save with a La Salle player on his doorstep. 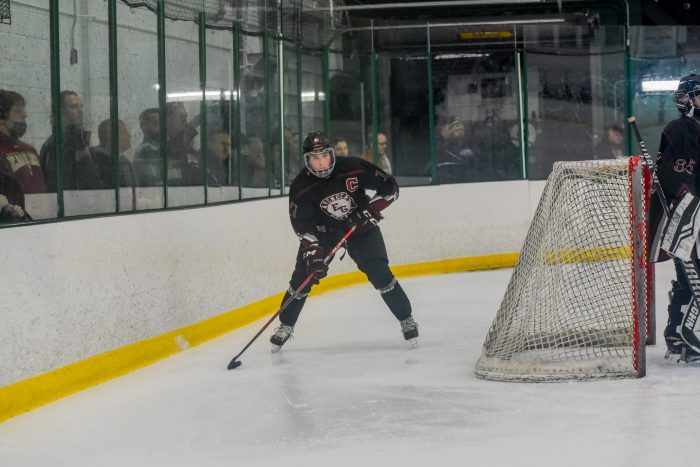 Cameron Gaffney talks to the official during a penalty call. The La Salle captain tries to goad Colin Walsh into a penalty. 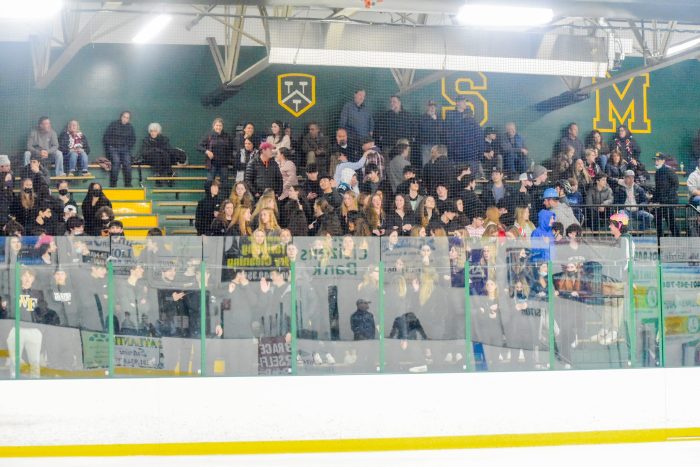