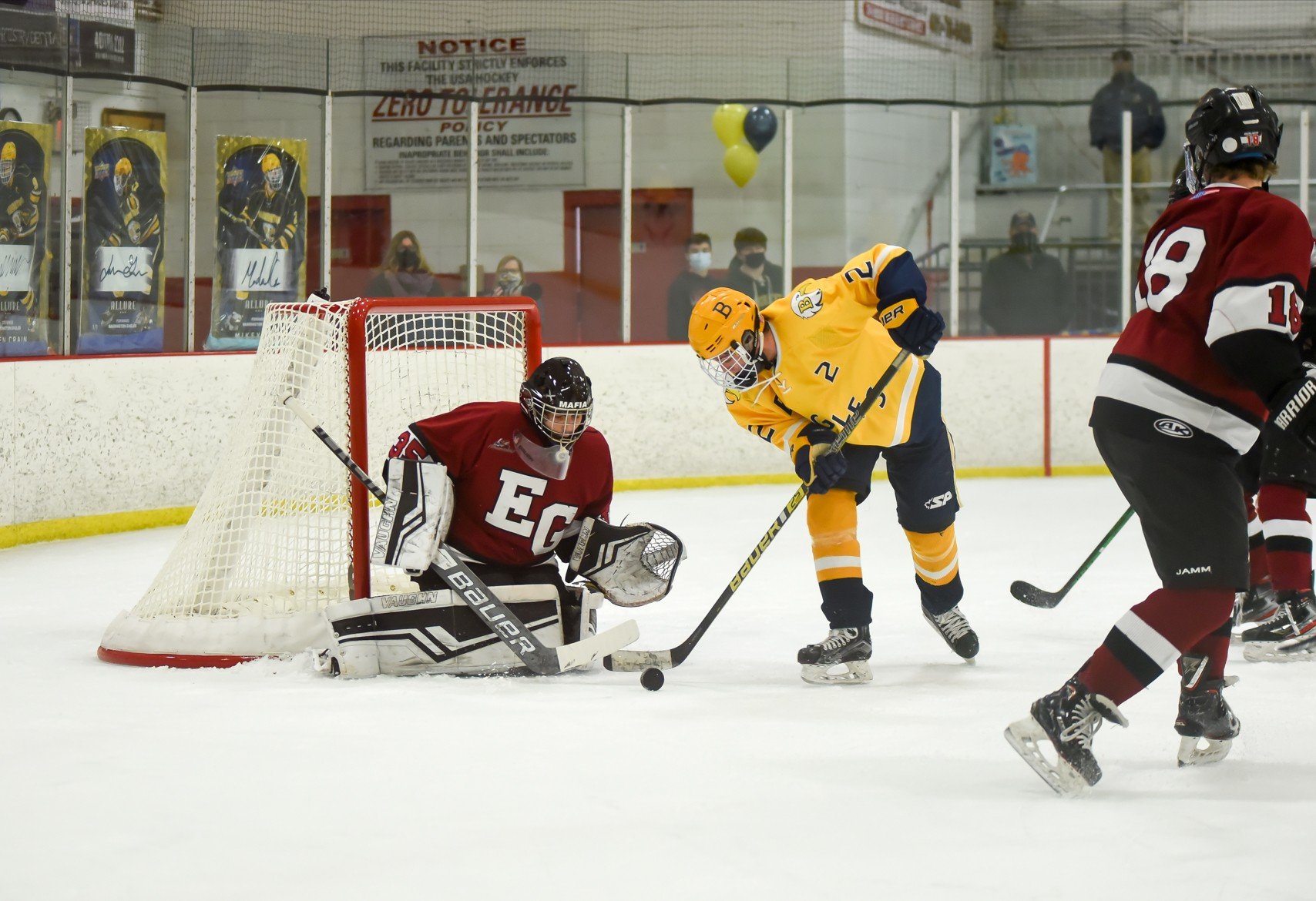 Above: Barrington’s Michael Cox moves in close on EG goalie Cole Barron. Photos by Chuck Nadeau. Find all his photos at chuckn.com.

East Greenwich tied with Barrington on Saturday, 2-2. They are 2-4-3 on the season as they head into the playoffs Tuesday against second-ranked Bishop Hendricken at Thayer Arena.

According to Coach Don Dunwoody, the Avengers are playing really well, better than their seventh-place ranking would suggest.

“The ranking of seventh in the state is not indicative of our play. We’ve had four to five games that could have gone either way. And three ties,” said Dunwoody. “They play hard, they compete, they’re enthusiastic, they’re skilled,” he said of the team. “We’re playing at a very competitive level which is exactly where we should be.”

EG lost to Hendricken 3-1 in their regular season match up but Dunwoody said it was close until the end.

“We’re a playoff team this year; our goal was to move up and make the playoffs,” he said. “Anybody can win in the playoffs.”

Cole Barron during a break.

Robert Ide and EG’s Gates Omicelli fight for the puck behind the net.

Sam Slaiby and Cameron Gaffney behind the net.

Camden Siwik makes a blocker save.