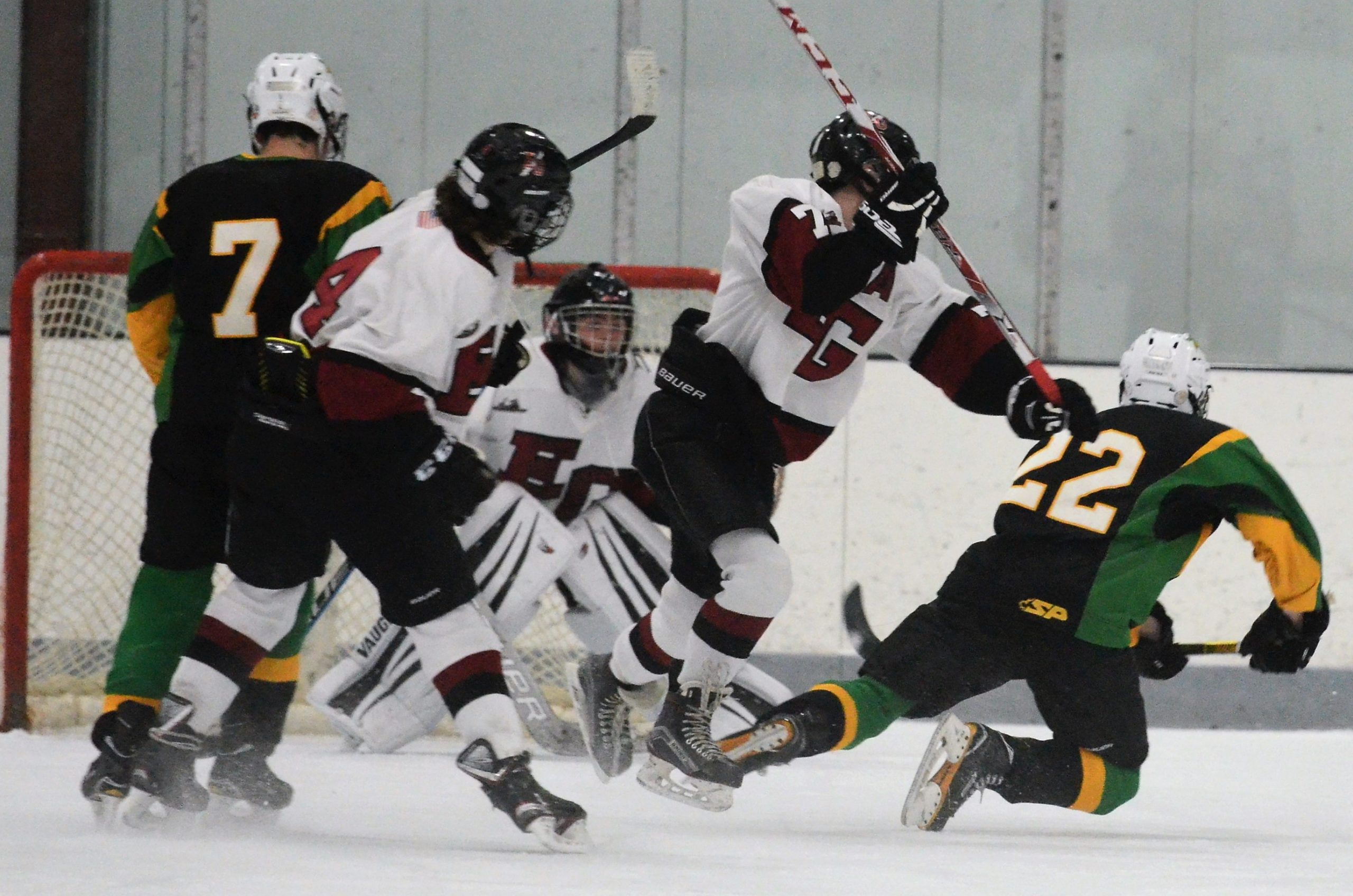 Above: Northman Cameron Lataille (22) takes a shot on goal.

The East Greenwich Boys Hockey lost to both North Smithfield (3-2) on Friday and Lincoln on Saturday (2-1), but the games were close. Mary MacIntosh was there for the Friday night game where the Avengers dominated in the first two periods, but the Northmen fought back in the third period and were able to come out ahead.