Boys Hockey: Another Win for EG – 4-1 vs. Smithfield 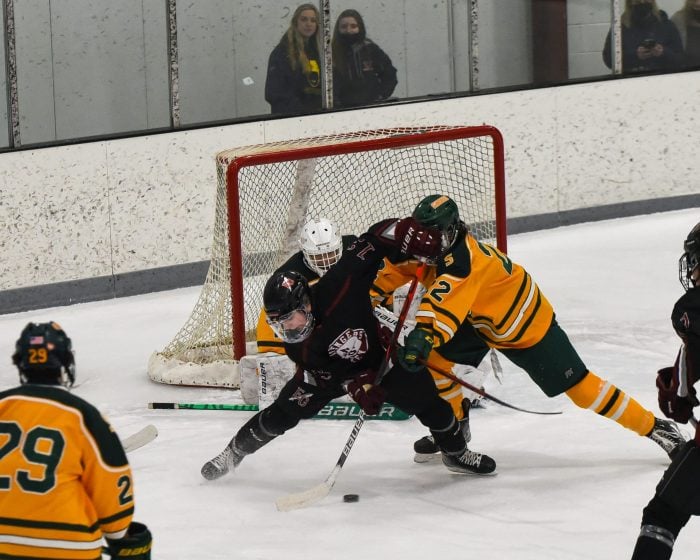 Above: Avenger Joe Andreozzi works to get clear for a shot on goal. Photos by Chuck Nadeau (chuckn.com).

In just its second season playing in Division I, the EG Boys Hockey team is ranked second with an 11/-2 record, behind La Salle, which remains undefeated. It’s both a heady spot for Avengers but also inevitable, according to Head Coach Don Dunwoody.

“There have always been great players in East Greenwich, but we’ve usually lost them to private or prep schools,” he said. The move up to Division 1 kept some players here instead of moving to another school, he explained, crediting some assistant coaches who have come on as well in recent years.

COVID was not been kind to this team the past two seasons. On the cusp of a D2 state final in March 2020, everything was shut down. No final match. Then, last year, the move to D1. It was welcome but the season was short and by the time they were facing Bishop Hendricken in the playoffs, they were down 10 varsity players sidelined by COVID. Not surprisingly, they lost.

That’s one reason why the team’s win against BH in January was so meaningful. It was the first time since 1980. Of course, most of that time, the two teams were in different divisions, so they didn’t play each other. But the victory was sweet.

On Sunday, they beat Smithfield, 4-1. According to Dunwoody, Smithfield came in looking for a win, hoping to keep their playoff dreams alive. That threw EG off a bit initially, he admitted, but then the crazy depth of the Avenger team just played out.

East Greenwich has not one starting offensive line, not two but really three lines that are so strong they are nearly interchangeable. A team like Smithfield has a single line. It’s just hard to compete, Dunwoody said.

“They came out really strong, like they were playing for all the marbles and we just had to weather that,” he said.

Cole Barron as goalie has been unbeatable, said Dunwoody, giving Giordan Gulatti less playing time, but Barron is a senior and junior Gulatti will get another bite at that apple next year.

Dunwoody expressed gratitude for the other coaches too – Chris Omicioli, Charlie Gaffney and Isaac Carlson –  saying they had been a big part of the team’s success.

February is chock full of EG Hockey, starting with their game against the Toll Gate/Pilgrim coop teamFriday (Feb. 4) at Thayer Arena in Warwick.

With additional reporting from Elizabeth McNamara. Cole Barron sees incoming and deflects it to the side. 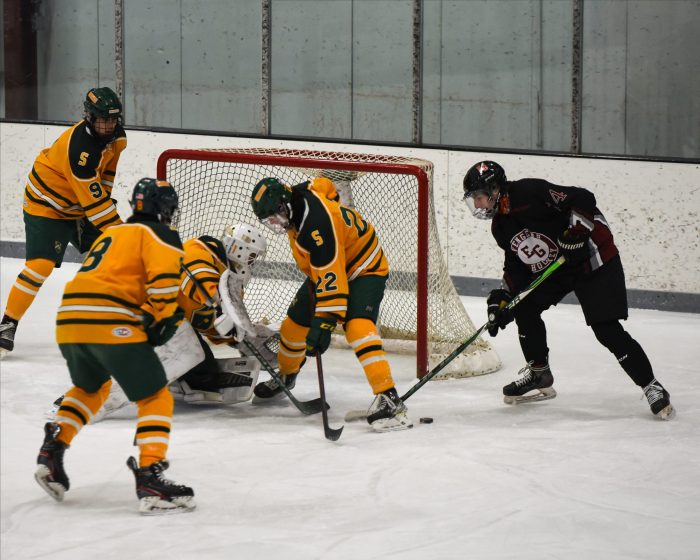 Chase Paskalis sees daylight but can’t put it in. EG’s Matt McKenzie sets up for a shot on goal. 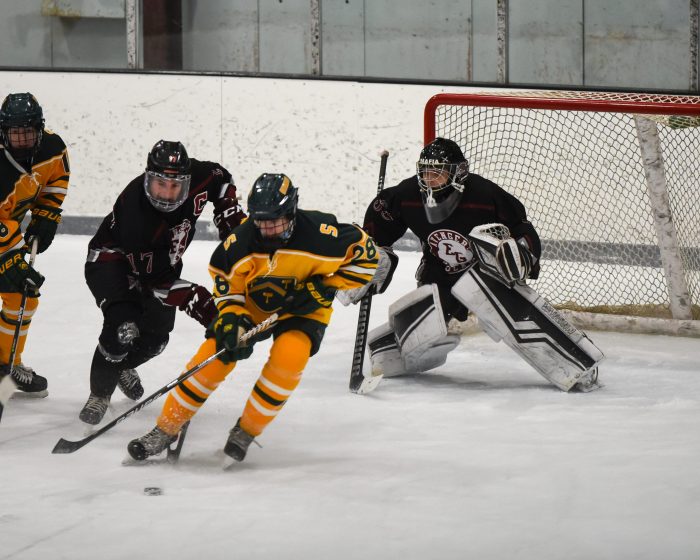 EG Goalie Cole Barron is ready for a turn-around shot from Smithfield. 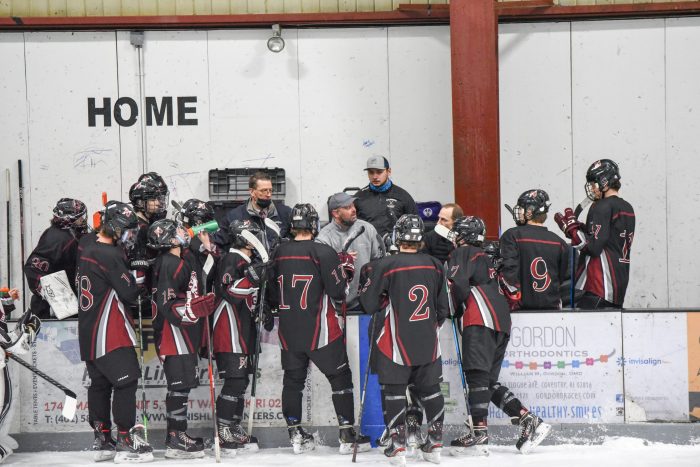 Plan-of-action session between the first and second periods.