Boys Hockey: A Loss and a Win 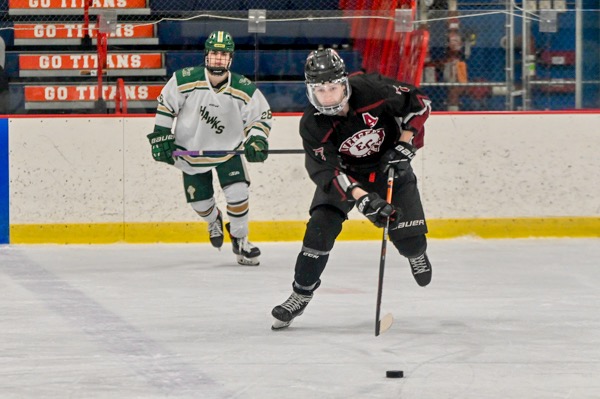 Above: Wearing the A is Sonny Arsenault during the 1/6/23 game; all photos are from that game against Bishop Hendricken. Photos by Chuck Nadeau (chuckn.com).

Late into the evening on Friday night, the East Greenwich Avengers faced off with the Bishop Hendricken Hawks for the first time since their meeting in the Division I Hockey State Championship last season. Thayer Arena, home of the Hawks, was filled to the brim with EGHS students. Unfortunately for them, their team did not provide anything to cheer about out on the ice.

Despite the student section’s high volume efforts, East Greenwich got out to a rough start. The opening goal was scored just over seven minutes in, through James Carrera. With the tone clearly set, the Hawks added a second goal three minutes later, effectively shattering any energy the Avengers had left. The first period deficit sat at 2-0.

The second period was certainly not much of an improvement, as Hendricken scored once again following a jumble in front of the goal mouth. It did not take long to find a fourth, courtesy of Stephen Nardelli. A shorthanded Avengers defense, playing without the suspended PJ Casey, struggled to move the puck out of their own zone. East Greenwich goaltender Noah Schenenga was peppered with shots, and he could only save so many. Freshman Wyatt Gelzhiser finished the game out strong in net following a fifth Hendricken goal at the end of the second period.

Ultimately, Bishop Hendricken was held scoreless in the final frame as they protected their 5-0 victory. An extremely young and inexperienced EG squad was unable to create any offense against the defending champions of Rhode Island. The loss saw the Avengers fall to 3-4 overall, with a 1-3 showing in league play.

On Saturday night, East Greenwich began to right the ship when they traveled to Levy Ice Rink to visit the Burrillville Broncos. The final score was a 3-0 victory, with two goals courtesy of Chase Paskalis. Joey Andreozzi added the third in the dying seconds. Eleven games remain on the schedule, with the next coming on Friday, Jan. 13, against Warwick at 7 p.m. 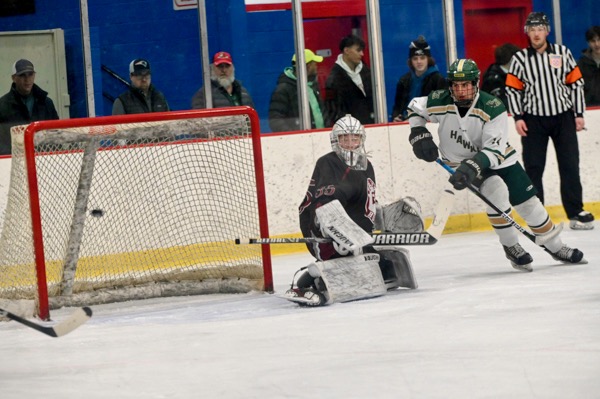 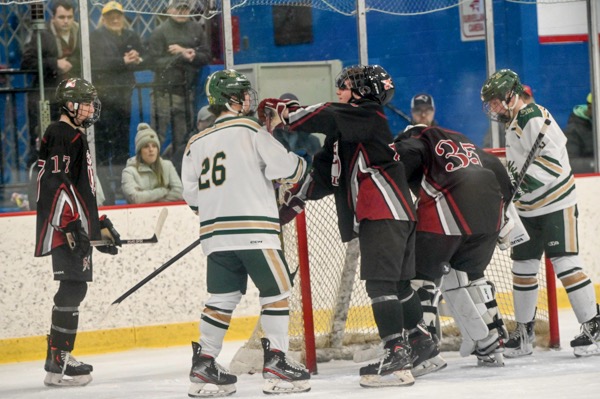 Sonny Arsenault has his helmet displaced after a little pushing. Credit: CN 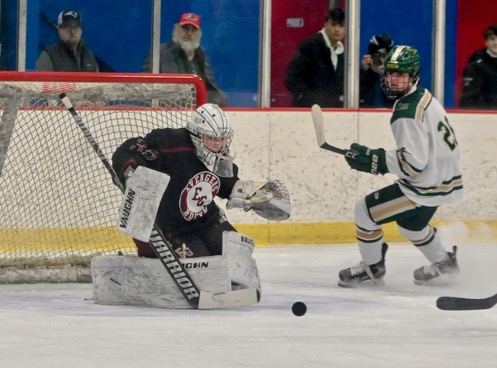 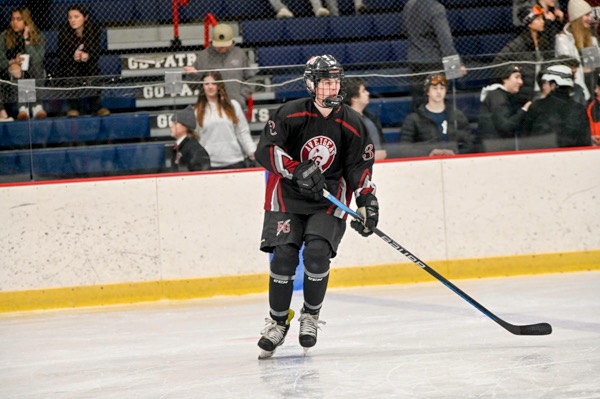